A sign of the times – by Serviceplan’s Rana Ahmad

Serviceplan senior copywriter Rana Ahmad was laughed at when she told her teacher she dreamed of being a carpenter. An inclusivity project for UN Women means women will be ridiculed less for their career choices 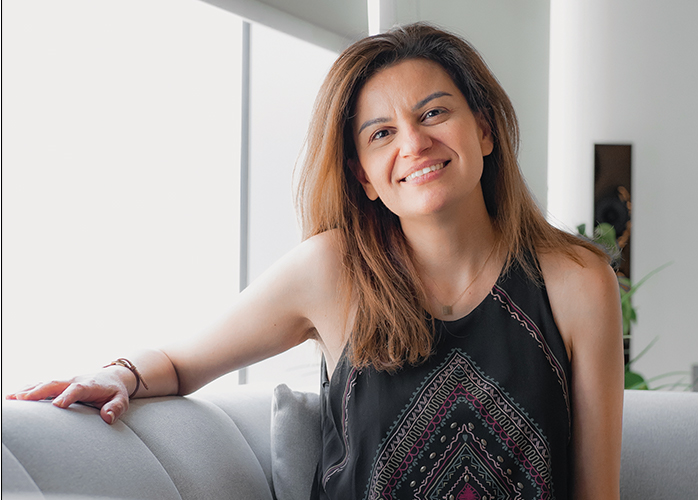 ‘Carpenter.’  That was my genuine, enthusiastic answer to the classic question that every elementary school student is asked. But it was always met by laughter from the teacher, as if I was telling a joke. I went home to my mum, who explained how the profession I chose was unsuitable for women, and only men could do such work.

I am certain there are countless stories like mine. Many girls dream of being boxers, rally drivers, electricians, automotive mechanics, and many other ‘untraditional’ professions. But they can’t do more than dream because it’s against society’s norms.

With time and openness to greater possibilities, things improved regarding gender equality in the Arab region. Yet, studies show a gap between female labour force participation rates and those of males in certain professions, and this gender gap leads to many talents and opportunities being lost.

UN Women, the United Nations Entity for Gender Equality and the Empowerment of Women, wanted to launch an awareness campaign encouraging society to break the perception that women can’t work in any profession they choose.

Thinking of it from a creative design perspective, the insight was how the male form takes over inclusive speech in the Arabic language, especially in job ads.

For example, the usual form is ‘Doctor wanted’. ‘Doctor’ is used in male form, although the ad is directed at both men and women.

From here, as a global team from the House of Communication in Munich and Dubai, we wanted to create a symbol and add it to every male-formed job title in job ads. People would then see these teaser ads on LinkedIn, which would take them to platforms where we have our full campaign communication.

To promote women’s economic empowerment in the Arab states, UN Women organised a webinar on the role of media and advertising. Together with my colleague Natalie Shardan, managing director of Serviceplan, I had the chance to talk about the All-Gender campaign, discuss the situation of gender equality at work, and state our take on gender inequalities.

UN Women Arabic Tweeted: “Jobs have no gender, so why should job advertisements address only half of the population? With our latest campaign, we want to highlight that inclusiveness should be promoted in the workplace from the recruitment phase.”

Many media entities in the Arab region have discussed supporting women at work and the information around this topic. And obviously there is a massive interest in highlighting inclusivity as much as possible. The campaign is still in its first phase. The next challenge is to get as many entities as possible to adopt the symbol and use it in their job ads. To make the process even easier for everyone, we created an All-Gender font that can be easily downloaded and used. Seeing the emblem online will prove that this initiative succeeded in revealing that jobs such as truck driver, carpenter, firefighter or even CEO are not male-exclusive anymore.

This is just the beginning of something big. Together with UN Women, more milestones can be expected, such as the release of a powerful manifesto and collaboration with influencers for targeted editorials. With all of that, we want to encourage girls and boys alike to start their professional lives in whatever direction they are dreaming of.

‘‘more milestones can be expected, such as the release of a manifesto.’’

While still pursuing the carpentry profession on a smaller scale – by starting my own handiwork projects at home – I am more than grateful to contribute, as part of the Serviceplan Group team, to the global issue of diversity and inclusion. Through our work, every day we see how bringing together diverging mindsets, skills, and cultural imprints in one common project is by far the most effective way of fostering true creativity and enabling major breakthroughs. We want to share this spirit of ‘Strength by Diversity’ with our clients, as we strongly believe that respecting every human being, overcoming all forms of systematic exclusion and unlocking the full potential of all talent gives companies and individuals the inner strength, resilience and innovative energy it takes to overcome the challenges of highly globalised, rapidly changing markets and local issues.

Together with UN Women and the All-Gender Sign, we are fighting for our shared mission of making this world we live in an equal, diversified one – starting with a girl’s dream profession and her teacher’s encouraging reaction to it.