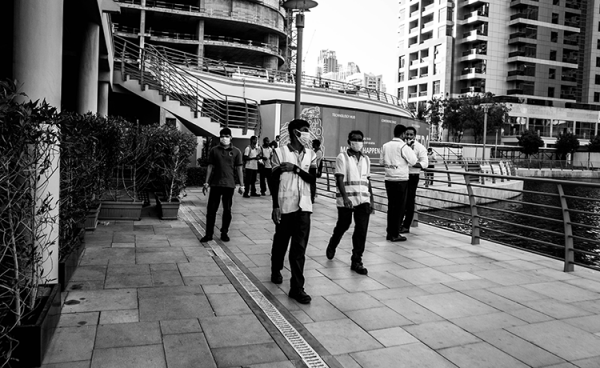 New data released by Google has revealed how countries across the GCC responded to the ongoing COVID-19 global health crisis during Ramadan.

According to the latest figures, overall mobility decreased by an average of -36.9% compared to the baseline in the month up to mid-May 2020 – with fewer visits to parks, grocery stores and workplaces.

During the Holy Month, traditionally a time for visiting family, Muslims marked the occasion differently by attending virtual iftars and participating in prayers from home.

Residential mobility was the least impacted segment as citizens and residents stayed at home during the Holy Month, with an average positive growth of 26.8% across the GCC. This was followed by the grocery & pharmacy category (-33%) and workplaces (-45%).

The most substantial effects were recorded in transit stations and parks, with average reductions of -60.1% and -53.8% respectively, due to a series of protective measures against COVID-19 across the GCC.

These have included a series of lockdowns and curfews by Oman, Saudi Arabia and the UAE, while all GCC nations have suspended the majority of passenger flights to combat the spread.

The World Health Organisation praised the Gulf states for their response, with regional director Dr Ahmed Al Mandhari saying: “I feel happy about what has been done.”

He added: “A lot of states, for example, Gulf countries, they have from day one started preparing their system at points of entry in the airports or other points of entry to their country.”

Every country in the region had shut down schools and universities by mid-March, with non-essential businesses following shortly after.

Individual nations have introduced their own approaches, with Bahrain able to re-open shops and other essential facilities at an early stage and increasing public testing capabilities as a result of the measures.

Meanwhile, Saudi Arabia – where Muslims take part in the annual Hajj pilgrimage – banned foreign visits to the holy city of Mecca before any cases were recorded.

The anonymised information shows how visitor levels compared to baseline days, representing a normal pre-COVID value for that day of the week.

Releasing the report, Google said: “As global communities respond to COVID-19, we’ve heard from public health officials that the same type of aggregated, anonymised insights we use in products such as Google Maps could be helpful as they make critical decisions to combat COVID-19.

“These Community Mobility Reports aim to provide insights into what has changed in response to policies aimed at combating COVID-19.”