At a pre-Lynx round table, hosted by Snap, regional creatives find some challenges are perpetual and that great work has many fathers. 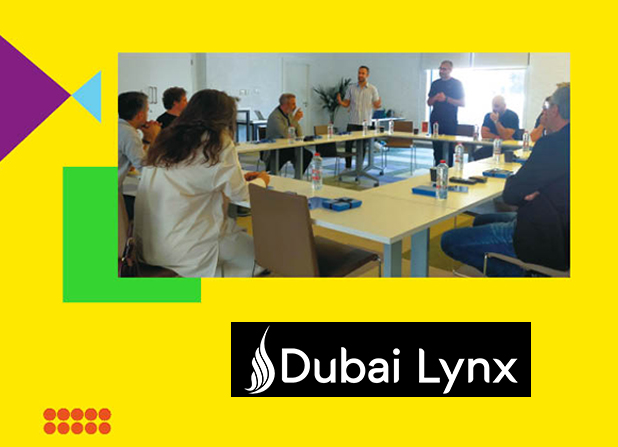 It is the day before the Dubai Lynx awards show and the organisers have brought together a who’s who of top regional creatives for a round table hosted by Snap and moderated by the platform’s MENA creative strategy lead Vishal Badiani.

There is only one woman, BBDO associate creative director Yasmina Boustani, and this imbalance is acknowledged by one attendee when he says “Look at this room. We look a lot alike in representation.”

That’s true in other ways too. Most attendees are wearing black shirts, the creative uniform of 2022. The round table looks a little like a self-help group for divorced men, as the attendees share their hopes and fears, their triumphs and tribulations.

After a round of introductions, Badiani puts out one simple question, “Are there any boundaries or challenges you see when trying to push the level of creativity?” and the ball is rolling. A free-flowing conversation follows, which Campaign has promised it will report only in terms of what was said, not which individuals said it.

The debate starts with what the industry has too little of: that’s either budget or time. Over the next hour, the conversation will take us through the youth of today not being fired up, how to sell the industry to the next generation, what advertising is anyway, and how that relates to creativity.

With universal grumbles about time and money shelved momentarily, the conversation shifts to how to produce good work, and what constitutes good work. There is talk about how awards are not why we do this, we wouldn’t hire someone who said they wanted to win awards, and we have “put ourselves in a box” where creativity is defined by a trophy.

However, disagreement gradually filters through, with one top creative saying: “Winning a Cannes Lion transformed my life. It absolutely transformed my career, my life, how I viewed work, my confidence level. I’ve seen it in every single team member I’ve worked with; it transforms them.”

The room works its way around the schizophrenia that haunts commercial creatives about the relationship between art and commerce. There is debate about how to get kids to engage in advertising. Even showing
them the most inspiring campaigns just doesn’t get them fired up. Not like when we were lads.

It is late in the session when one group member finally speaks the name of the beast: “Sorry to disappoint some of us, but we are not artists, we are salespeople.”

Another admits there might be other outlets than advertising that are competing with this industry for the upcoming creative talent of today.

So how does one make the best work that inspires talent, fulfils client brief and, yes, wins awards?

One answer is brave clients (when admen gather around the fire to share stories, if it’s not a lack of time or money it’s normally a lack of client courage that is responsible for The One That Got Away).

The epitome of the brave client is uttered in awed tones: Fernando Machado, who moved from Unilever to Burger King and took the brand to unimagined greatness. He stands on a pedestal marked ‘dream client’.

“If you are a newspaper and you are writing an article you have 24 hours, so the absence of time I don’t think is necessarily an issue,” says one creative. “The misperception is because content creators can flip it like this, big innovation also can be done like this.”

Another laments not being able to “go deep every single time” with all the platforms and channels he would like to explore. “I don’t have time,” he adds. “The amplification of options by time by budget is a very complicated equation.”

There are mutterings that constraints can stretch creatives’ imaginations, but the diamonds-are-formed-under-pressure argument doesn’t hold much sway in a conversation whose members have amassed more than a century of collective pressure between them.

Just as the conversation is getting going, it is time to end. Proof once again that time is perhaps an advertiser’s most precious resource.

It is also what will turn today’s listless youth into tomorrow’s great advertisers, tackling the same perpetual questions themselves – and winning a lot of awards along the way.