The Year in AdTech 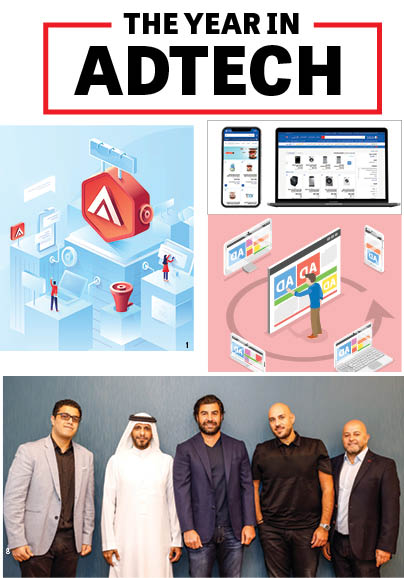 1 In February Huawei Mobile Services announced the expansion of its advertising business into overseas markets including the Middle East, Africa and Pakistan. Huawei Ads is a supply-side and demand-side, real-time advertising marketplace. In March Huawei Ads announced that Connect Ads is now its Premium Partner in MENA, responsible for advertising sales and account management to customers across several sectors.

2 In March the adtech ecosystem got a rude awakening from Google. In a blog post, the tech giant dropped a bombshell that firmly states it will not allow ad tech companies to replace cookies with hashed email addresses or other independent identifiers that track user-level browsing when it removes support for third-party cookies.

3 In May DoubleVerify, a software platform for digital media measurement, data and analytics, announced the expansion of its business into the Middle East, North Africa and Turkey.

4 In May Majid Al Futtaim, a shopping mall, communities, retail and leisure conglomerate, implemented its own adtech solution to boost supplier sales and profitability further and to drive greater customer satisfaction through increasingly personalised, recommended product offers across its growing e-commerce platforms. The technology ensures Carrefour online customers on its website and smartphone app receive the most relevant and appealing advertised promotions.

5 In June the adtech industry breathed a sigh of relief after Google announced it would extend support for third-party cookies until 2023, one year longer than its original expiration date. In a blog post, Google said it would begin the cookie phase-out process in stages, starting in late 2022. Following testing, in phase one, publishers and advertisers “will have time to migrate their services” over the course of nine months. In stage two, beginning in mid-2023, “Chrome will phase out support for third-party cookies over a three month period finishing in late 2023.”

6 In July Aleph Holding, a global partner to some of the world’s biggest digital media players, announced its acquisition of 86 per cent of Connect Ads in a cash and shares-swap transaction. The acquisition saw Aleph Holding entering the MENA market as it continues its drive to expand globally and increase its presence in new territories, now reaching 90 markets and territories.

7 In September global advertising technology company The Trade Desk announced a new partnership with Choueiri Group, the largest media representation group in the Middle East which has close ties with many of the region’s largest broadcasters and publishers. The partnership will open greater access to programmatic ad inventory across the Middle East region. The move will allow advertisers to launch and manage their digital campaigns across multiple channels, including desktop, mobile, connected TV and digital out-of-home (DOOH).

8 In October Dubai-based FoxPush, a regional company providing a full-stack solution for publishers and digital advertisers, announced the launch of its supply-side platform (SSP), built in the Middle East. The platform provides publishers access to available premium demand, delivers on requests from advertisers for more transparency and visibility of the marketplace, and helps to maximise the revenue that buyers and sellers have made towards the brand management of their companies.

10 In November WebEngage, a full-stack retention operating system, announced its expansion into the Middle East and Africa, after successful operations across Asia, to address the increasing demand the company has witnessed in the region. The martech company set up a dedicated local team for sales and customer success management in the UAE, Saudi Arabia, Egypt, Kuwait and Qatar.