The Rise of Voice channels in MENA, by MRM/McCann’s Mira Daher 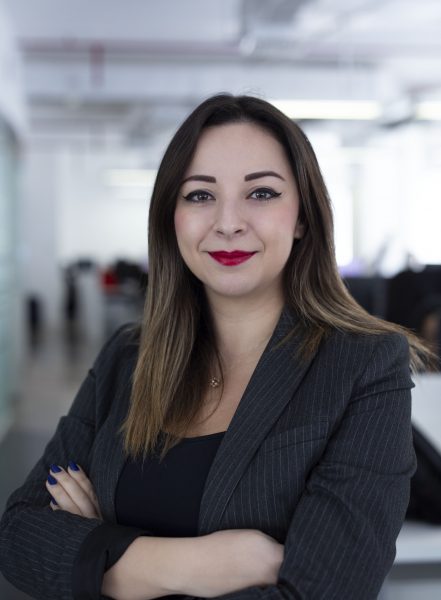 It is no secret that the Middle East and North Africa (MENA) region is culturally diverse, with so many unique and shared stories of culture, economy, laws, heritage, etc. From traditional storytelling to modern means of communication, voice channels have emerged to offer a clutter-free environment, where users are less likely to get distracted. Consequently, this has contributed to the rise of voice through different channels, such as podcasts, music streaming apps, and recently Clubhouse.

Voice channels have become more democratized than most established, traditional platforms we know of. By simply having a microphone and an internet connection, anyone can have a voice in the online space. Looking back at trends in 2020, voice as a channel of communication is on the rise, slowly but steadily. With growing numbers of audiences accessing and adopting audio streaming platforms that provide free and ad-supported services, one can say that this is a solid indication of the rise of voice in MENA.

The Rise of Podcasts

The number of podcasts in the MENA region is growing. Although reports show that podcast listenership dropped in the first few months of the pandemic, it recovered later in the year, with most content consumed being informative, inspirational and entertaining.

Compared to global numbers, Arabic podcasts make a small portion of the 2 million available podcasts globally. However, an impact is being noticed regionally as reports show that the approximate reach of podcast online mentions in the Middle East since 2019 is more than 15 billion. The majority of online conversations in the Middle East about podcasts primarily originates in Saudi Arabia, followed by the United Arab Emirates. According to markettiers MENA stats report, there were 5.1 million regular podcast listeners in Saudi Arabia and 1.3 million regular podcast listeners in the UAE reported in 2020.

Undeniably, there is a need for more Arabic podcasts despite the recent growth of their numbers in the region, where most of these podcasts follow an interview-based format. Arabic podcasts in MENA face two main challenges, cited by the Podcasts in Mena State of the Industry 2019 report by UAE-based Amaeya Media. The first challenge is creating content skewed to local listenership that is interesting, where some podcast networks have started pushing the creativity envelope. Earlier this year for example, Deezer announced the launch of “Sleep Tight” original podcast, which is the first of its kind in the Arabic world to help listeners fall asleep.

The second challenge podcasts face is to demonstrate an audience of scale that would be appealing for advertisers. This pushes creators to want to host their podcasts through the region’s known podcast networks such as MSTDFR, Amaeya Media, Kerning Cultures, Hakawati, Wamda, etc. that provide a platform to reach the Arabic audience.

The Rise of Digital Music Streaming

Music streaming services have now become part of users’ everyday lives and routines, either as “getaways” or “companions” throughout their day. This companionship has resulted in a bond that fosters an attachment with these services, as a result, trust. On the other hand, it also provides an unprecedented window of opportunity for brands and marketers to connect with a large audience.

Anghami, Spotify, Deezer, and Apple Music are some of the region’s digital music streaming network providers. The availability of free trials and paid subscriptions is playing a major role in increasing the use of streaming services which results in the music industry developing at a rapid pace in the digital age.

Recently, Anghami, a music streaming network in the Middle East and North Africa announced a merger with Vistas Media Acquisition Company, a publicly listed special purpose acquisition company headquartered in the United States. According to a statement, the agreement makes Anghami the first Arab technology company to be listed on the Nasdaq in New York. Anghami started as a mobile app and continues to be predominantly mobile, with smartphones driving the majority of its use.

The Rise of Clubhouse

Clubhouse is the latest audio-based social networking app built as a forum to engage in conversations through virtual chat rooms that are either accessible publicly or by an invite. Though Clubhouse is a relatively new app in MENA, it has quickly gained traction in the region.

Users of Clubhouse can create virtual chat rooms to talk about topics of their choice or can join rooms organized by other users. The app, which was created during the start of the pandemic in 2020 by Paul Davison and Rohan Seth, hosts two million users worldwide to date. It is currently looking at a possible fundraising round at a valuation of around $4 billion, following the recent talks about Twitter acquiring the app, as cited by Bloomberg.

From a business point of view, many MENA users are using Clubhouse to network with other professionals, position themselves as experts and gain followers early on. MENA based entrepreneurs are also utilizing the app to advertise for their businesses, reach out to investors, and connect with potential customers.

In conclusion, whether we are talking about podcasts, music streaming apps, or clubhouse, they are all contributing in their own way to the rise of voice in MENA and allowing everyone to be heard and feel connected. The popularity of these channels will surely continue to increase given the constant growth of their users over the past few years. It is safe to say that voice channels are providing a modern way to humanize businesses and make interactions between its users feel more intimate.