New Snap Inc. report shows how Covid-19 has changed our relationships with our friends

Study spans 16 countries, including the UAE, building on 2019 report examining the role of long-term friendships on happiness and well-being. Snap Inc. released its second global Friendship study, interviewing 30,000 people across sixteen countries—including several in the Middle East—to explore how the Covid-19 pandemic and other global issues have impacted friendship. Seventeen experts on friendship from around the world also contributed to the report.

While friendships have been challenged due to the Covid-19 pandemic, 63% of those who were surveyed in the UAE said that their relationships with their closest friends haven’t changed, whereas 37% of them say they have.

Hussein Freijeh, General Manager of Snap Inc. Middle East, said: “As friends around the world navigate the new normal of social distancing, this year’s Friendship Report shows us that during the Covid-19 pandemic, visual communication has become more important than ever. 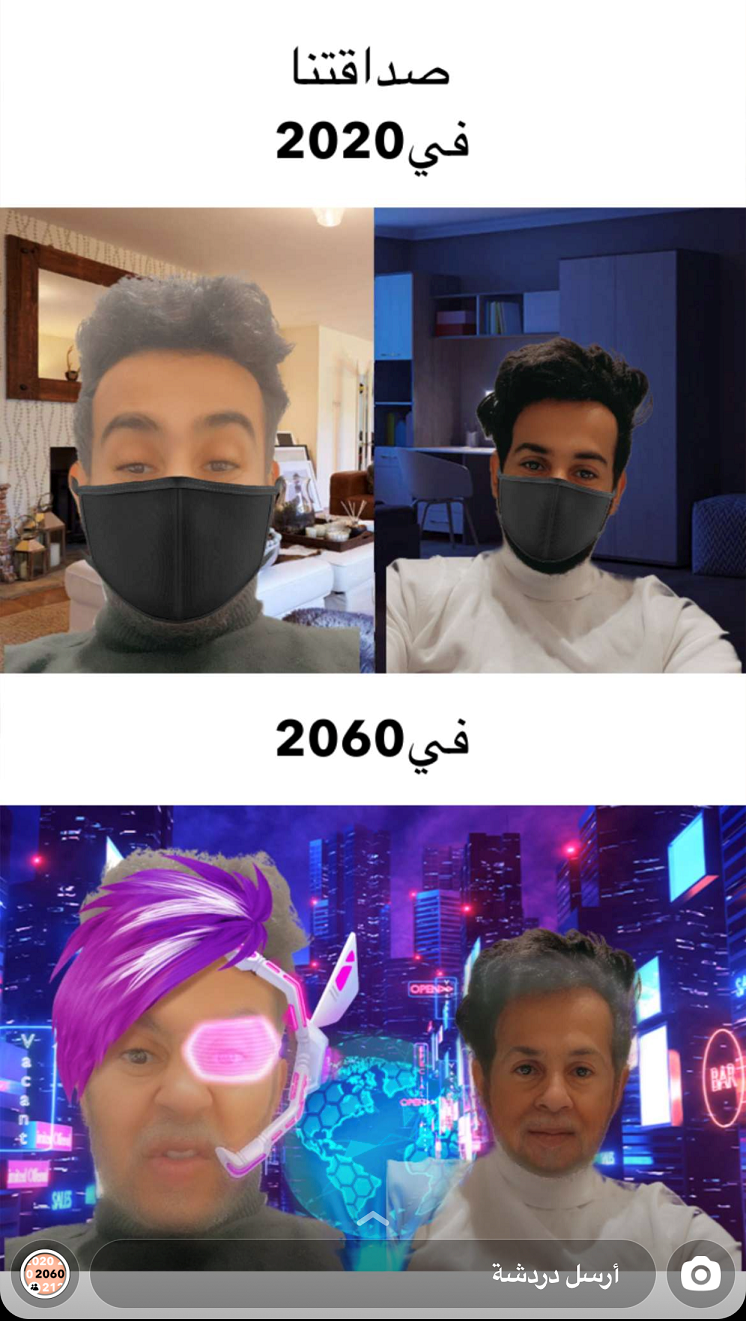 Talking in pictures and videos layered with creative tools like our augmented reality Lenses, Filters, and personal avatars Bitmoji, help Snapchatters express themselves and interact visually. They serve as an essential connector when meeting face to face is not an option and at this difficult time, have enabled Snapchatters to feel closer to their best friends even as non-Snapchatters feel more distant.

“We hope that new features like our Friendship Time Capsule will continue to help Snapchatters stay close with their best friends and support one another.”

The Friendship Report sheds new light on how Covid-19 is affecting friendship and what other major events in life also have an impact, including: 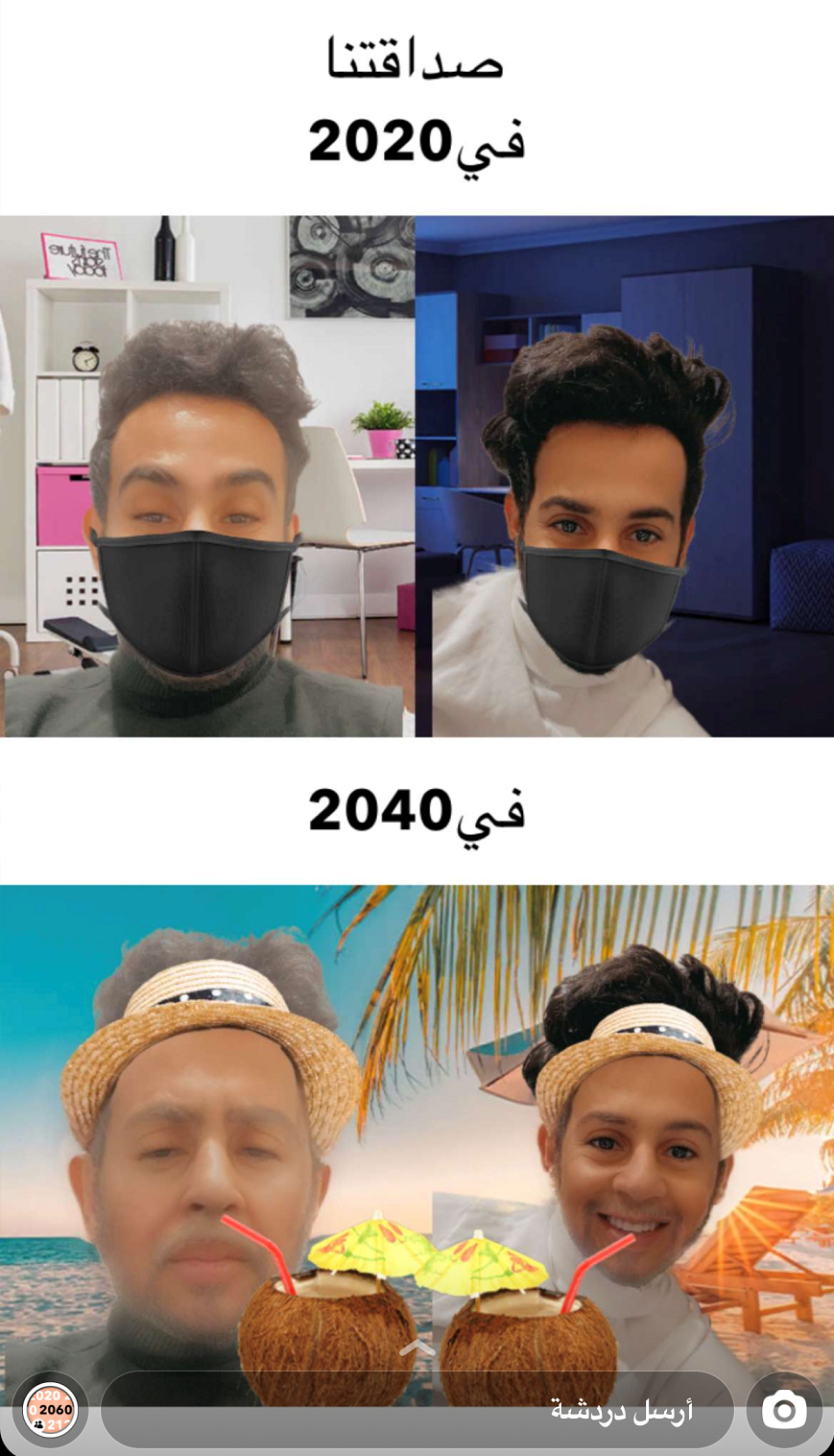 The impact of Covid-19

Six months after much of the world has put in place social distancing restrictions, friends are having to find new ways to stay connected, and the long term effects are only just starting to become clear. “This is the biggest psychological experiment ever conducted, and we don’t know yet how it’s going to end,” commented Lydia Denworth, journalist and author.

Two-thirds of friends say they are using online channels to communicate more than they would have before Covid-19 (66%) and for many, those conversations have been deeper (49%), rather than focusing on surface-level topics. It appears digital communications are key to staying in touch when we’re apart, with a vast majority (79%) saying that they have helped friends maintain their relationship, regardless of age.

Even though there’s been an uptick in outreach to friends, Covid-19 has also led to loneliness for some. Two-thirds of those we surveyed said they’ve felt lonely since the pandemic started (66%) – 8% higher than pre-Covid-19.

Almost half of the people (49%) say that being unable to see their friends has made them feel lonelier, with only third feeling friends are reaching out to them as much as they would like (30%). In fact, a third of people (31%) felt that social distancing has weakened their relationships with friends.

In total, a third of people we surveyed said that Covid-19 has affected their friendships. With just over half in the UAE saying that it has led to them not feeling as close to their friends (54%). And nearly half of those surveyed agreed with the statement that they felt more distant from friends because they couldn’t spend time in-person (45%).

Laavanya Kathiravelu, who studies friendship and migration, tells us that “although friendships continue to be maintained through apps, phone calls, and other mediated forms of communication, the disembodied element takes away from the full experience of friendship for many.”

This may explain why there was a marked difference between Snapchatters who often communicate visually – and non-Snapchatters – with Snapchatters becoming closer to friends during the pandemic.

Friendship researcher Donya Alinejad describes the importance of visual communication as creating “co-presence” which results in “a feeling of being together when you’re actually physically distant.” Feeling as though we’re actually together is important “for a whole host of reasons,” Alinejad says, particularly “for those who are in need of or require a kind of emotional support.”

The upside is that, with the pandemic causing so much isolation, people genuinely want to reach out and check in on those they care about. Over a third of people (39%) say their friendships are more important to them now and nearly half of us are making an intentional choice to reach out to friends that they haven’t spoken to in a while (48%).

“The lockdown has [had] a kind of funneling effect. You reinforce specific ties and you set others apart. So, it really has strengthened some relationships during this period,” notes sociologist Guillaume Favre.

The one that got away and reconnection

Last year, Snap’s Friendship Report found that friendships, especially those from childhood, have a huge impact on happiness and wellbeing. So, it was surprising to see this year that 79% of us globally have lost touch with a close friend but heartening that 66% say they would like to rekindle their relationship. In the UAE, 75% of Snapchatters said they had lost touch with a close friend from elementary/primary school, and three in four would want to get back in touch with them.

When asked about the reasons for losing touch with a close friend, 49% of respondents in the UAE mentioned physical distance as the main factor.

And we would generally respond positively to one of our best friends re-establishing contact, with the most prominent emotions being delighted (36%), or excited (29%), whereas a minority would feel awkward (14%), or suspicious (6%).

According to this year’s report findings, trust is seen as a key factor to successful friendships, whereby 52% of Snapchatters in the UAE listed trustworthiness among the top qualities in a friend, compared to 40% globally. In addition, 44% of respondents in the UAE said that having someone who really understands them is the top benefit of having a friend, compared to 34% globally.

How do we find our way back to close friends? Over two-thirds of people surveyed globally (67%) would prefer reconnecting digitally, but only around half of the people would know how to (54%).  The number one thing people would like to send to their friends would be a photo of them together (42%), with the number two being a photo that reminded them of shared memory (40%). Humour also ranks highly, with third thinking that sending a funny meme or GIF would be the best way to start a conversation (31%). Over a third (35%) would like tools to use to help communicate, especially in tough situations like getting back in touch.

In direct response to these findings, Snap has launched the Friendship Time Capsule, a collaborative photo collage allowing Snapchatters to create a new shared memory between themselves and a friend. The snappable invites users to take a selfie and then send it to a friend who does the same. It then uses Snap’s machine learning to put the friends together and age them up through a series of scenarios in the future. This tool aims to help Snapchatters show they care for friends when they can’t be together, or to act as an aid in getting back in touch with a close friend.

How to be a better friend

There are plenty of resources for people struggling with relationships like family or marriage, but friendship hasn’t received the same treatment. This has left many without the tools or confidence they need to develop and navigate the ups and downs of friendships.

British lecturer Gillian Sandstrom, who studies social psychology, talks about the “liking gap,” where we are prone to think people like us less than they actually do. This bias breeds insecurity about engaging in conversations. We fear awkward pauses and failed connections so much that foregoing the opportunity to start a friendship or deepen a relationship can be the safer choice. People are more likely to like you than you think, so go ahead and be brave.

Listening, staying present, and accepting responsibility are key friendship skills. Honing these skills can take a little work, but with some lessons and practice, our experts agree we can improve our friendships.

The full list of tips and skills can be found in the Global Friendship Report, here.