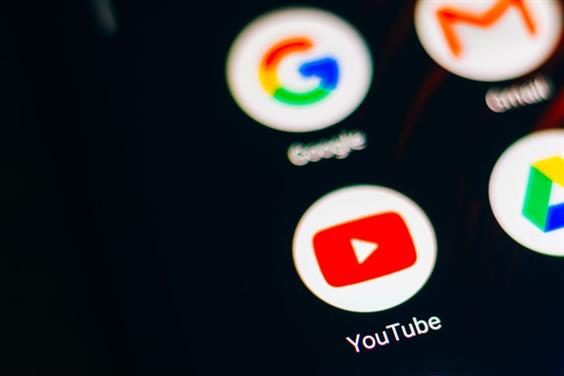 YouTube’s advertising revenue fell into the red in the third quarter of 2022 as its year-long growth deceleration was worsened by economic instability that is causing brands to tighten their purse strings.

Network revenue of $7.9 billion, which is revenue Google generates from selling ads outside of its own properties, was down by 4.7% on Q2 and 1.6% annually.

Google’s total advertising revenue across its portfolio of services was down by 3.2% quarterly but up 2.5% annually.

Executives at Alphabet, the parent of Google, emphasized to investors on Tuesday (Oct. 25) that the company’s results were impacted by “elevated growth levels” witnessed in 2021 that make for tough year-on-year comparisons.

But while this was the “largest factor” driving a quarterly decline in Google search revenues, according to chief financial officer Ruth Porat, YouTube and network revenues were impacted by “further pullbacks in advertiser spend” from both brand and direct response advertisers.

“There’s no question we’re operating in an uncertain environment,” Google chief business officer Phillip Schindler said on the investor call. “In challenging times like these advertisers are carefully evaluating the effectiveness of their budgets.”

Schindler singled out financial service companies — specifically insurance, loan, mortgage and cryptocurrency firms — as the types of businesses that cut spend in search. Meanwhile, travel and retail were cited as growth categories.

He said search “tends to do relatively well” in harsh economic environments “given its strong measurability and focus on delivering ROI” as well as its ability to “quickly adjust to changes in consumer behavior.”

On YouTube, Schindler said the TikTok-like short video offering Shorts continues to be a “headwind on revenue” as viewing grows faster than monetization. Meta has reported a similar situation at Reels over the last few quarters, a newer product with less ad options than its core Instagram feed.

Schindler said the company was “focused on closing the monetization gap between Shorts and long-form content on YouTube over time.” YouTube launched ads within Shorts in September. It claims Shorts are watched by 1.5 billion users every month.

Subscription revenue on YouTube is growing, executives said, which helped to offset declines in Google’s Play Store revenue. These are counted as ‘other revenue’ within Google’s financials, which grew 2.1% year-on-year to $6.9 billion. Schindler said app store revenue declined because user engagement in gaming has dropped from pandemic highs.

“This shift in user behavior also created downward pressure on our advertising revenues with lower revenues from app promo spend on YouTube, Network and Play ads in search and other,” he said.

Alphabet and Google CEO Sundar Pichai told investors the company was “sharpening [its] focus on a clear set of product and business priorities,” as it dealt with a “challenging macro climate.”

The company said it expects headcount growth to “less than half” in Q4 from the 12,765 employees it added in Q3.

This article was first seen on Campaign UK.