There will be £600m of savings from new ways of working. 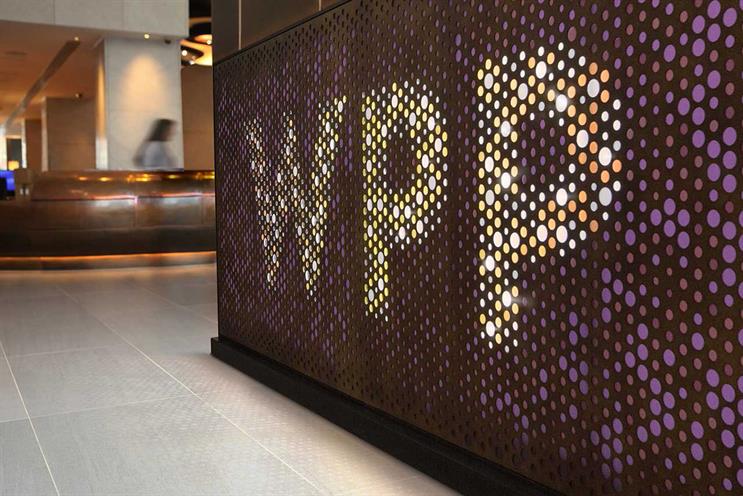 WPP is poised to return to revenue growth with a “punchy” plan to add an extra 10,000 staff, while making £600m in annual savings, including a one-third reduction in travel costs.

That’s according to Mark Read, the chief executive since 2018, and John Rogers, the chief financial officer since the start of 2020, who told shareholders about their strategy for “accelerating growth” and outperforming rivals as part of a virtual investor day.

“The plan we have set out is very ambitious,” Rogers told Campaign. “This is a market-beating plan. We have a significant opportunity to make our business a lot more efficient and take those savings and reinvest them back into growth and give us market-beating growth. It’s a punchy plan but it’s deliverable.”

WPP, the world’s biggest advertising agency group by staff numbers, with a 100,000-strong workforce, wants to reduce its dependence on communications and increase the amount of revenues it generates from commerce, experience and technology from 25 per cent to 40 per cent by 2025.

The company said the £600m of savings will come from a 15 per cent to 20 per cent reduction in office space, a move to shared services for finance and IT and other changes to ways of working, such as less travel, in a post-Covid world.

However, WPP expects to reinvest about £400m of those savings in talent, staff incentives and bonuses and technology “to drive growth” and it has budgeted between £200m and £400m a year for acquisitions.

WPP’s share price rose 3% in early trading today to climb above £8, its highest level since February, although far below its peak of £19 at the start of 2017.

WPP grew through M&A under its then chief executive, Sir Martin Sorrell, but its revenues went into reverse in 2017 as clients demanded simpler ways of working and the company has spent the last few years focused on internal restructuring of its agencies – a process that was exacerbated by the pandemic.

The company is forecasting annual revenues will fall around 8.4% in 2020 and should grow in the “mid-single digits” in 2021 and return to 2019 levels by 2022 – a year earlier than some analysts have predicted.

WPP said it will take until 2025 to make £600m of annual savings as many of the changes relate to efficiencies and structure, rather than people.

Around £200m will come from efficiencies: about £100m from property because “we think we need 15 per cent to 20 per cent less space” because of flexible working and about £100m from its annual £2bn procurement bill for other expenses which can be bought at a group level, rather than by individual agencies, Rogers said.

Approximately £250m will be saved by moving to shared services such as finance and HR and IT. “We’ve got a lot of people around the world, 300 different systems, 3,000 different accounting entities. By simplifying that, standardising all of our finance processes, and bringing them into various shared centres around the globe,” he said.

A further £150m will be generated by “operating model savings” from “new ways of working”, partly driven by the rise of remote working during Covid-19. WPP expects to cut travel and hotel costs by about a third and it will look to simplify its operations in smaller countries.

“We have a long tail of countries within which we operate a large number of different agencies,” Rogers said. “It might be a simpler model to bring some of them together to share some of the back-office support for those businesses, to make those businesses simpler. Then [there are] lots of opportunities to think about how we structure our business.”

WPP is now forecasting revenue growth of around 4 per cent to 5 per cent in both 2021 and 2022, which Rogers said is ahead of analysts’ expectations as he predicts “we’ll recover to 2019 levels over two years, not three years”.

“Analysts have been ‘assuming we grow at circa 1 per cent’,” Rogers said. “It’s quite a big uplift in terms of what we believe the art of the possible is in growing the business. That’s really focused on making sure that we are investing in those parts of the market that are growing double-digit [such as commerce, experience and technology].”

Read added: “It’s a pretty respectable rate of growth given our size and scale and the fact we do operate a broad spectrum of activities. We don’t have the luxury of just doing those activities that are faster-growing. But the benefit for our clients is that they get the benefit of solutions that span the analogue and the digital and that’s actually what clients want.”

Read admitted that some newer entrants “are growing more quickly” but “they can’t serve the needs” of big clients that require a wide range of services “all around the world”.

The plan should allow the company to create “another 5,000 to 10,000 people in our business in five years’ time to support the growth trajectory that we’ve got planned”, Rogers explained.

There will be “fewer people” in areas such as finance and IT and “more people doing direct client work” – “so the mix of what people do will undoubtedly change”, he said.

However, the move to shared service centres for back-office functions will take several years and he is hopeful that some of the jobs that disappear will be through “natural attrition”.

Asked if the company might need to make job cuts in 2021, he said: “I don’t think we do. The reason I say that is if you look at the phasing of the £600m savings, that ramps up over time. Initially, the early savings largely come from the procurement and property savings because they are the easiest to go after and they don’t impact on headcount.”

He added: “I can’t sit here today and say categorically we aren’t going to make anyone redundant. But we have got the opportunity to try and manage it so that in 2023, 2024 and 2025, as we start to ramp up shared services, we will be using the natural attrition over 2021 and 2022.”

Although WPP plans to cut office space by up to 20%, Read and Rogers still expect people to be “mainly in the office but they will choose maybe a day or two a week to work remotely and that ability, that [saving of a] day or two a week, enables us to use our space differently”.

Read has overseen a number of internal agency mergers including the creation of Wunderman Thompson, VMLY&R and, most recently, AKQA Group through the tie-up of AKQA and Grey and he appeared to signal there is no more major restructuring planned.

“Broadly speaking, we have the right structure. We believe in [agency] brands but we also want those brands to cooperate and we believe clients benefit from having a broad range of services and we can look for scale in the parts of the business like data and technology and media that really benefit from scale,” he said.

Read adopted a strategy of what he called “radical evolution” in 2018 but he dismissed recent speculation that WPP’s board may have demanded his management team speed up the pace of change and be more radical.

“There’s certainly nothing from the board that puts us in that position,” he said.

“Despite its challenges, in many ways 2020 has validated our business. Our performance has been much more resilient than anyone expected from a revenue perspective.

“We’ve done much better in terms of cost containment than analysts expected, our client satisfaction scores improved, we’ve won 40 per cent more new business this year than we did last year and our relationships have got much closer. Clients see the value of what we do and our ability to help them.”

Critics have previously said some of the big agency groups have been too slow to change and Read acknowledged that legacy creative agencies, in particular, had to evolve.

“If you look three or four or five years ago, the holding companies had got too specialised in the areas of the business that weren’t growing,” he said.

“We need to broaden our offer and help clients where they want to invest in the future. Our clients aren’t spending less on marketing. They were just spending less in the areas where we were specialising.”

Rogers pointed out WPP already has an offer in growing areas such as e-commerce and technology and “we just need to grow it from 25 per cent to 40 per cent”.

Read insisted the online boom was good for both WPP and the wider agency sector, despite the challenges of recent years.

“If clients are looking for partners to help them navigate this world – we use this phrase ‘see around corners’ – if clients want partners to see around the corners, I can’t think of a better partner than WPP or people in our industry, to be generous about.”

Analysts at JP Morgan said the £600m savings were three times larger than it expected and welcomed the “better medium-term expectations”.

Bank of America Merrill Lynch was also positive but warned “visibility on execution is low”, noting how Publicis Groupe previously “failed to deliver on its turnaround plan”, and “agencies are now clearly undershooting the ad market growth”.

It added: “WPP is also implicitly admitting that the ‘good old days’ in the communication vertical are over.”