World Conference on Creative Economy (WCCE 2021) concludes, reaffirming UAE’s role as a global leader in driving conversations and outcomes for the creative economy

The landmark global creativity conference attracted more than 3,000 visitors to Dubai Exhibition Centre in the heart of Expo 2020 Dubai. 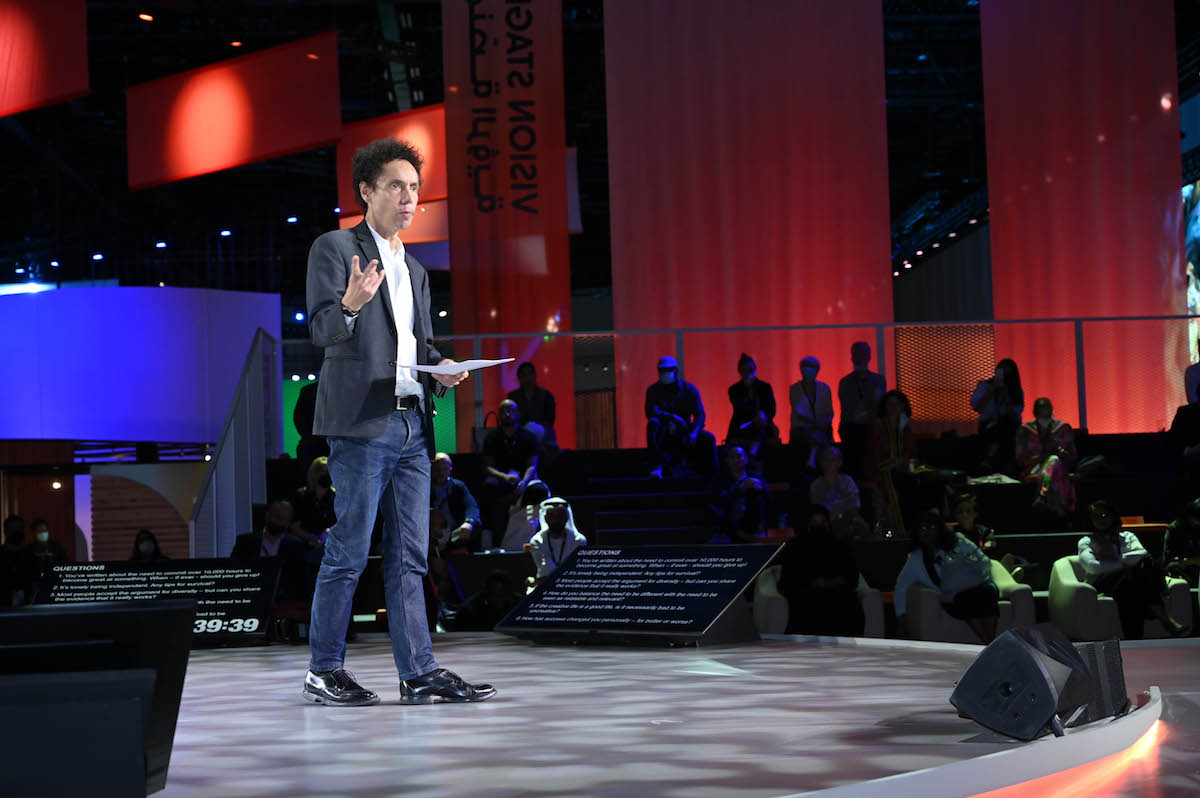 The World Conference on Creative Economy (WCCE 2021) concluded on December 9, after welcoming more than 3,000 attendees physically and virtually to the highly anticipated conference over the course of three days. During this time, a global community of government officials, entrepreneurs, creatives and policymakers came together in person and virtually, to join world-leading speakers and thinkers, reaffirming the UAE’s position as an important and leading hub for creativity for the region and beyond.

The conference, which concluded the UAE’s International Year of Creative Economy, featured more than 150 speakers over 60 sessions, offering a forum for participants to exchange ideas, resolve challenges and identify opportunities within the creative economy. The three-day event focused on six themes that collectively define the future of the global creative economy including: Education Unleashed, Reworking Work, Technology Transformation, Elevating the Media & Communications Landscape, Future Sustainable, and Inclusivity & Diversity.

Opening the final day of WCCE 2021, Sheikha Bodour bint Sultan Al Qasimi, IPA President, Founder and CEO of Kalimat Group, took to the stage to host a session entitled ‘Embracing Humanity Through Books’, where she explored the role of books as a creative medium in reinforcing human interconnectedness and creating a more inclusive and diverse public space where all voices are heard and accepted.

She said: “I am thrilled that growing scientific evidence is proving that books can transform us into more empathetic and accepting people. I know how profoundly moved I can be when I see the world through the eyes and words of others. It shifts my perspective and gives me a unique opportunity to understand the realities and ambiguities of different people from different parts of our world.

“I’m also grateful that publishers are making serious attempts to add more inclusivity and diversity to the world of books. As more female and other minority authors publish their works, they gain a platform to share their voices, experiences, and their stories. They invite us to explore various issues such as culture, race, identity, art, and history from their point of view.”

Global creatives from around the world came together in the UAE on a dynamic platform to engage with one another and take concrete steps towards a more sustainable creative economy. As the pace of innovation and technological disruption continues to accelerate, WCCE 2021 successfully proved to be a unique forum and the first of its kind event within the region to share knowledge, analyse trends and debate ideas. Adapting to a changing world, WCCE 2021 proved to be a successful, seamless hybrid model with speakers, policymakers, creatives, and visitors participating live and virtually.

The UAE’s drive to march forward in the development and promotion of the global creative economy saw WCCE 2021 create specialised and exclusive sessions at the conference to cater to all sectors of the Cultural and Creative Industries. Sessions such as ‘The Inclusive Potential of NFTs in the Creative World’ and ‘Unlocking the Future of Working Across Disciplines’ provided an exclusive and intimate platform for delegates to gain insight into Blockchain, Art, Culture, AI, and many others.

Her Excellency Noura bint Mohammed Al Kaabi, the UAE’s Minister of Culture and Youth, commented on the success of conference saying: “I am glad to say that we had a very fruitful three days of conference which goes to show that our efforts to make creative economy a standout on the global agenda is gaining traction. It’s a work in progress as we prepare to action and deliver the outcomes of the dialogue sessions we have had and will continue to have in the ensuing period.

“It was indeed an honour and a great learning experience to be a part of this power-packed conference. Held under the theme ‘Inclusively Creative – Cultivating the Future’ the conference brought together thought-leaders, policymakers, creatives and end-users on a common platform to share ideas and discuss the future direction of the creative economy.

Some of the most pertinent topics that would drive the course of the cultural and creative industries were discussed under six broad themes of future sustainable, reworking work, technology transformation, inclusivity and diversity, education unleashed and elevating media and communities’ landscape.”

“This marks the beginning of our journey as we move forward with sure and steady steps to make creativity matter more and look forward to the third iteration of the conference in Indonesia next year,” Her Excellency concluded.

Flying in specially from the United States to address guests, Journalist, Author & Public Speaker, Malcolm Gladwell said; “I think conferences like this are enormously important because we’re entering into a period in world economy where creative work is of more and more importance. Imagination is playing a role now in our world where it never did in the past and thinking about what the sources of creativity are and thinking about what it means to construct a creative life are there central questions. I’m just delighted that here in Dubai someone’s paying attention to them, to those concerns. I’m delighted that the world conference on creative economy is putting a spotlight on the importance that creative work plays in the world we live in.”

One of the many hot topics highlighted was a fascinating session exploring the ‘Heritage and Art Collaborations in the 21st Century’. Omar Albraik, Arts & Culture Partnerships Manager, AlUla, and Nadine Ghaffar, Founder & General Manager, Art D’Égypte discussed how the MENA region being a treasure trove of art, culture and heritage. They reflected on the past to define what lies ahead, from ‘undiscovered’ UNESCO heritage sites that play host to some of the most prominent new artists, to bringing the past, present and future of creativity together like never before.

Influential individuals synonymous with the global creative economy, including John Howkins; leading strategist on creativity and innovation, and John Newbigin OBE, ambassador for the creative industries, Mayor of London united in a sofa session to wrap up WCCE 2021. The two driving forces behind creative economy development and strategies reflected on the three days and additionally highlighted lessons for the future of the global Cultural and Creative Industries.

Coinciding with the UAE celebrating its glorious journey of the last five decades, WCCE 2021 is yet another indication of a new beginning to promote the UAE’s position on the world competitive index reflecting the wise leadership’s vision to build a brighter future.

WCCE 2021 is proud to have Etihad as its Official Airline Partner, connecting the UAE with the rest of the world during the conference.