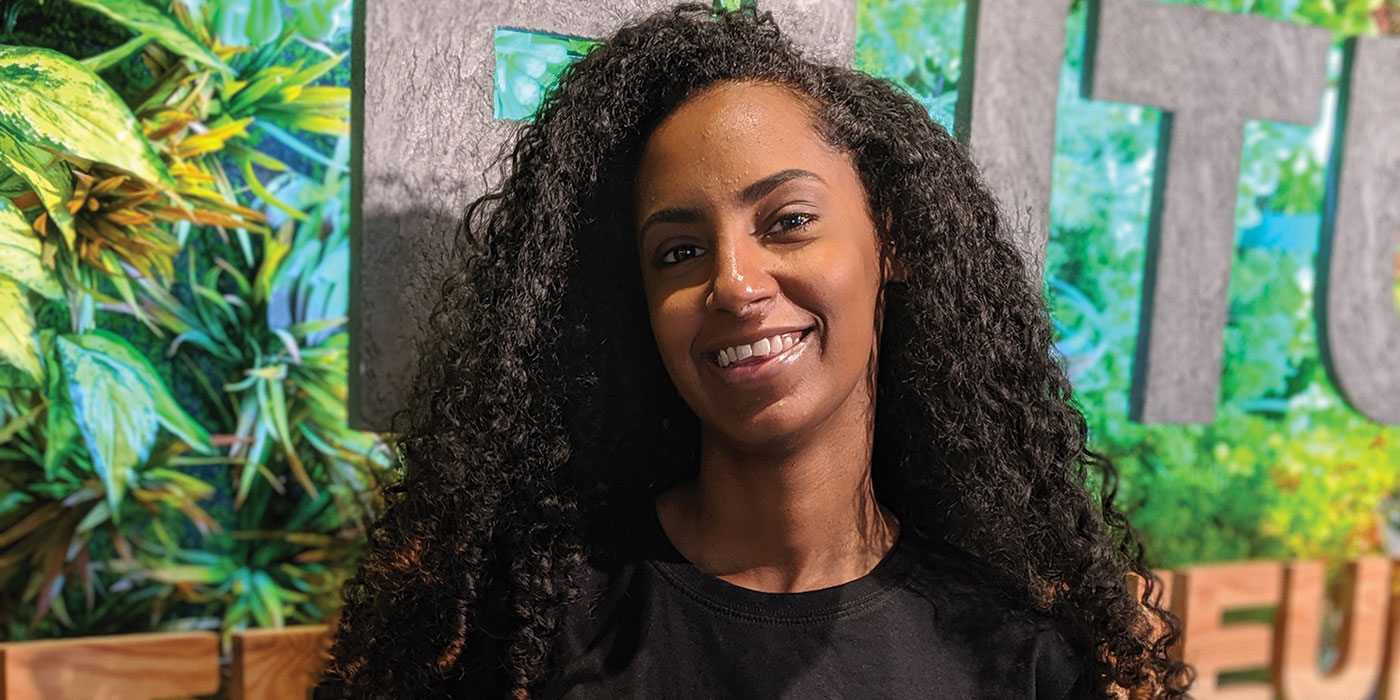 In this day and age, we cannot underestimate the power of social media and its ability to influence people’s decisions and their understanding of the world around them. In the past decade only, we have come across content that has gone viral through the boundless reach of the internet, yet had zero impact on one’s life. But today we are witnessing a different type of virality, a virality that was able to send a strong message to the world – when the world went #BlueForSudan.

People, Sudanese and non-Sudanese alike, began to express their solidarity with Sudan through social media by changing their display pictures in support of the revolution and everything it stood for. The #BlueForSudan campaign crossed cultures and borders, highlighting the universal feeling that at the end of the day we are all human. The human instinct to help others in any way took over and we, the people, felt the world finally saw us and heard our cries.

Now, you may be asking yourself: “How does something as trivial as changing your display picture do anything to help?” But trust me, it is far from trivial, and it helped drastically. You see, by asking or even thinking the question, a seed of curiosity has been planted in your mind that makes you wonder why everyone is turning their profiles blue. That seed then grows in the form of greater questions and, with that, the path to understanding is paved. Never underestimate the power of awareness, especially when its lead by the people. Questions were asked and answered, and slowly but surely people became educated on what was happening in a country miles away. Despite the distance, they still found a way to connect and join the movement to raise awareness and demand change that transcended borders worldwide. This is where social media as a medium plays a vital role; it was able to connect and unify people for a cause despite there being an ongoing media blackout.

Without access to the internet, the adaptability of moving backwards in the forms of media being used in order to push forward is phenomenal. Information has been spread through SMS, phone calls and word-of-mouth and pushed on social media to increase awareness and maximise impact. See, social media was not only able to bring people together, but it also gave them a platform to amplify their message to the world. In addtion, New-age media was still being utilised, such as hashtags, which have been widely used across various social media platforms as a means to document the movement – the people became the collective media. This turned out to be one of the most important moments for the diaspora; it was time for us to make sure the revolution and the great strides in change made were not ignored or forgotten. To ensure that the people risking their lives today for the better Sudan tomorrow were not suppressed or forgotten either. Sudan was heard louder than ever; Sudan broke the internet, without internet. Sudan used a colour for a cause.

However, it is important to note that there are two sides to every coin, and even though it was amazing that conversations were sparked, the risks of virality became evident. The internet can take on a mind of its own, which can allow for the spread of misinformation, proving to be dangerous, especially when facts are skewed and cannot be controlled.

In addition to being a medium for spreading awareness and delivering a message, social media also acted as a platform for people to express themselves through their talents. As a creative, I have found that there is an undeniable power in creation to express yourself and to also feel connected to a cause. The movement brought to light the importance of impact versus intent of an idea, and how when people are able to connect to something it can make all the difference. As a part of the diaspora, I felt like I was always on the outside looking in – I felt hopeless in all my efforts to want to do something; to help in any way I could. I, like many others, found my voice through art.

This peaceful movement birthed a cultural hub for art, poetry and music. Many began expressing themselves through these means, and it erased borders and bridged these geographical gaps unearthed between us. I created an art piece that sent a message to Sudan and its people with accompanying text that read: “Sudan, my land, my people; with you in heart, prayer and soul. Feeling close to you was never about proximity.” And it truly never was about proximity. Distance created a misconception in my head that I could not help unless I was physically in Sudan, but the power of the internet and social media surpassed all these doubts in my mind.

People globally were creating art, poetry and music in an effort to shed light on a movement they believed in and supported, and with every repost this snowballed into a plethora of content on the revolution. It was so beautiful and heartwarming to see how people used these mediums of expression to uplift the spirits of protestors. Specific chants were heard and used widely throughout the country and the world, all following the same message and with hopes of the same end.

Your blue waters turned red, and with it I bled, we bled. We watched from the outside looking in through our screens to the realities of what was happening around you. Images and videos populated our phones as we cried out hoping that the world would hear you and us, and then suddenly your screens went blank. From the outside looking in, from what can only be described as an out-of-body experience, for a moment, we felt powerless, we felt hopeless – this was the feeling of the diaspora. There is still an ongoing media blackout, the sole purpose of which is to silence you, but I am so grateful that your voices can still be heard even against all this darkness.

Blue was just a colour to me, yet now it has birthed new meanings. In every hue, blue now speaks to me of resilience, of peace, of light and of hope. With every stroke, the world was painted different shades of the same color, and with that, awareness about the movement was brought to light. Blue being a primary colour is a beautiful symbol in itself; the color is unmatched and unparalleled – it is as unique as Sudan is. By utilising various forms of media, the people of Sudan have been able to document a movement that has undeniably changed the course of history.