Step outside and billboards – digital and traditional – will be waiting for you, writes UM’s media director, Ramy Mouganie. 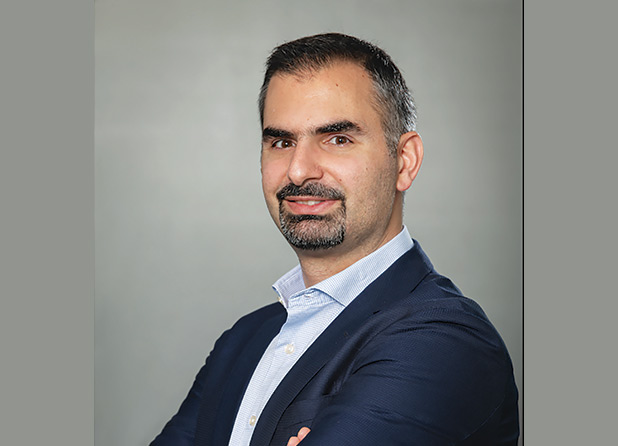 I see you scratching your head, wondering what’s with this article’s title. For those unfamiliar with the hit AMC TV show, there are characters in it that are dead… except they’re not, since they’re walking… so they are dead, but they’re not… you get the point.

Since Covid lockdowns pretty much felt like living in an episode of The Walking Dead, it wasn’t altogether surprising for us to feel like we were living in a new reality when it came to various communications channels. We listened to less radio, spent less time on travel and dining-out portals and forgot that our neighbourhood supermarket exists. Instead, we watched more TV (both linear and online), doubled up on social media and got on a first-name basis with the delivery guy who brings the groceries we now order from a plethora of e-commerce apps.

But the touchpoint most affected by lockdown was out-of-home (OOH). With commutes and mall visits virtually non-existent, the reality was that OOH as a medium became as alive as a ‘walker’ from TWD. Finally, the silver lining came, and with it audiences ventured into the real world armed with crossbows and a brand new set of consumption behaviours. That is, until they saw that first giant hoarding in months: same format, same location and, most importantly, impact.

The importance of OOH has caused debate among marketers for years. The region’s limited measurability has long been a key driver of the impression that OOH just “does not work”. However, the solid proof to back this up accurately remains largely missing; monitored spend data shows increases back to pre-Covid levels and, through an accumulation of marketing mix modelling, OOH has been proven to have a positive impact on discoverability and ultimately sales.

While that’s all well and good, OOH as a medium is only as strong as the communication within. A strong connection message goes a long way. This brings us to the 1.2 Million Meals campaign championed by the Mohammed Bin Rashid Al Maktoum Global Initiatives.

The pandemic affected everyone, yet no one more than lower-income audiences, who suddenly found themselves not only without jobs or homes, but even in dire cases without food while battling the virus. In its usual charitable fashion, Dubai came to the forefront with its 1.2 Million Meals initiative to donate nourishment to those in need. And in true Dubai fashion, they went to the Burj Khalifa as the largest OOH real estate to call for donations. However, this was not your run-of-the-mill giant light show, but rather a use of Dubai’s most iconic landmark to connect with its residents, who are known for their charitable nature. For every AED 10 that was donated online, an additional light was lit up on the Burj Khalifa, until one-by-one 1.2 million lights took over the world’s tallest tower, and thus was born the World’s Tallest Donation Box.
It was a prime example of how OOH could be used to connect beyond just size and impact.

Coca-Cola is another example of how OOH was taken to another level. As the first carbonated beverage company to introduce a peelable safety foil cover on its cans, Coca-Cola conveyed this message around locations that were hygienically stressful to their consumers, such as taxis, malls and supermarkets, by bringing the foil material to life through taxi wraps, ‘foiling-up’ digital mupis at supermarket entrances and foiled billboards in close proximity to key points of sale.

Finally, differentiation can come by being the first to market. L’Oreal reinforced relevance in the right place and time through a first-of-its-kind use of programmatic OOH for the launch of Libre, its new perfume. This connection was heightened through the implementation of a day-part approach that delivered on audience needs within the day, and also reduced wastage.

So, the next time someone refers to OOH being ‘dead’, just drop a reminder that nothing affects an audience more than being able to connect. The right approach may shift that perception, and bring more life to this touchpoint that was perceived as The Walking Dead.