Unilever has teamed up three times with Twitter and publishing partners to produce live video shows on the platform. The advertiser and the social platform talk to Austyn Allison about what they have learned so far 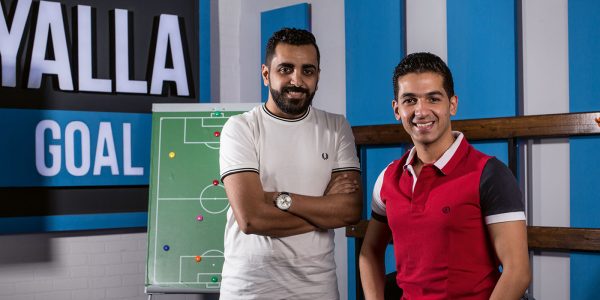 Over the past 18 months or so, three live Arabic video shows have been produced on Twitter. Last May it launched its first, a Ramadan-themed series called #HawanahZein, produced by Step Group’s YallaFeed. Since then, it has broadcast #YallaGoal during the World Cup, in association with football platform Goal, and #FrontRow to cover the season of fashion weeks in New York, London, Milan and Paris, in partnership with Sayidaty.

The social media platform’s regional managing director Benjamin Ampen says: “Video has been one of our priorities for a while now. When you think about Twitter being ‘what’s happening’ and what people are talking about, it had been happening in the form of text until now. Video in the last couple of years is basically increasing.”

However, the shows are not just to tell viewers what’s happening in the worlds of Ramadan, football and fashion. They are also revenue generators, allowing marketers to not only position their brands next to topics that resonate with their customers but also to actively engage with users.

One advertiser that has been on board from the start is global FMCG giant Unilever. Regional director of media and digital transformation Asad Rehman says that as one of the biggest digital advertisers in the region, it makes sense for Unilever to be groundbreaking.

“Partnering with Twitter on doing new stuff is extremely important for us, and the response we’ve had from the platform is unbelievable,” he says. “If we say we want to do something new, these guys come up with some really interesting things.”

Twitter’s user base is a big pull. “We go after where the audiences are,” says Rehman. “Twitter’s reach in Saudi is unparalleled in some of the other markets; we don’t see that kind of penetration for this platform anywhere else in the world. So from our perspective, it delivers on quite a few fronts: content, purposeful conversations, obviously reach and audiences, so it’s a very interesting collaboration.”

He says that when it comes to deciding which of Unilever’s many brands to align with the shows, “quite a few factors” can affect that decision. The choice could be guided by a category fit (such as hair care range Tresemme aligning with fashion), a purpose fit (with Lipton tea emphasising its meaningful side around Ramadan) or product focused (deodorant brand Rexona was an obvious fit for the World Cup).

Ampen says that when Twitter decides what show to launch next, there is little left to chance.

He explains: “On Twitter, the only public and conversational open platform out there, we have a lot of conversations and trends happening every day. So instead of us, as a platform, pushing and imposing things on our users and on advertisers, we just look at past data and identify that Ramadan or fashion, for example, is being discussed a lot in the region. That’s how we can go to a premium fashion partner like Sayidaty and bring that all together.”

Unilever’s approach to its participation with the shows has evolved since #HawanahZein,
says Rehman.

“When we first did a live feed it was a lot more pre-planned and curated, almost like shooting something that you’ve planned to death,” he says. “Now what we’re doing with Twitter is we are crafting content as we are getting insights from the platform and as we’re listening to consumers. So sometimes, if you’ve done one show, you don’t know what you’re going to talk about in the next show until you see what consumers are talking about. We’ve become more in-the-moment.”

There have been learnings from a product perspective as well. Initially Twitter tried working with mid-roll ads when the content was long enough to sandwich a short video, says Ampen. “In terms of efficiency, pre-roll worked better from an advertiser’s perspective, so we focused more on pre-roll when it comes to live shows,” he says. “This is [now] the primary format.”

The partnership has found short-form advertising works best on Twitter, and cites research by Publicis Media that found six seconds is “the magic number”.

Ampen says that even in such a short time slot, advertisers should get the product in early: “The first frames are very important, so from a pure content messaging perspective, working with advertisers to make sure that you use your first frame to push a message, having the brand up front, is key in the pre-roll.”

Brand integration is also part of Unilever’s strategy, on top of those video ads. During #HawanahZein, for example, the Lipton brand was prominent while a journalist was interviewing people on the street talking about special moments within Ramadan.

The campaign also tied in with the tea brand’s activations in malls and its television presence during the Holy Month, rather than being a stand-alone marketing silo. Rather, it allows conversations that can reference all aspects of the brand’s communications.

When Campaign suggests that Twitter’s live video programming is on a roll, Rehman says: “They are on a roll; we’re on a pre-roll.”

Ampen says future shows will still be based on data, research and feedback. “When it comes to programming content, we are not guessing,” he says. “We are listening to what’s being talked about and discussed on the platform, and what’s being discussed in advertisers’ meetings and when we talk to publishers.”

However, the three shows so far have been successful, and Ampen suggests we might expect more in the same vein. There will be Ramadan again, there will be fashion weeks and, while there might not be a World Cup in 2019, there will still be football.

But the options are endless. With the right publisher on board, the three-way partnership model Twitter has developed could take on any topic with an audience Unilever or another advertiser wants to reach.

And advertisers will be reaching people in real time, blending structure with spontaneity. Rehman says the live element is “the acid test of what may be relevant to the audiences”.

“There will always be a planned framework, something that allows you to sing along,” he says. “Imagine a concert where a brand sings a line and then pushes the mic over to the audience and then they start singing. That’s essentially what we do on Twitter: we start the song and then we let the audience join in.”