More than 100 content creators across MENA, UK and Spain will come together to support the 1 Billion Meals initiative during the Holy Month of Ramadan. 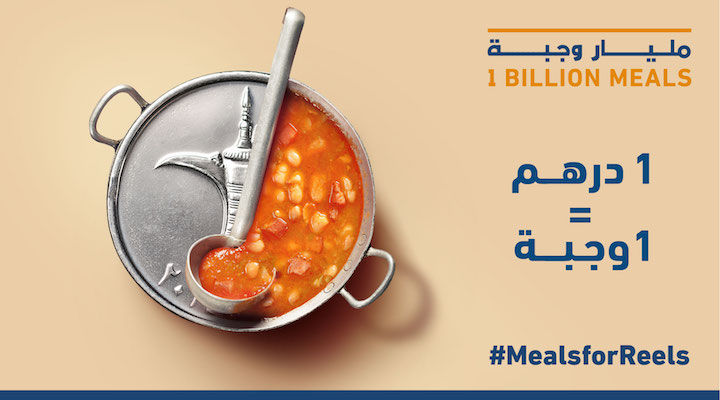 Meta has announced its support to the 1 Billion Meals initiative, the largest food donation drive of its kind in the region. Marking the Holy Month of Ramadan as the #MonthofGood, Meta will launch the #MealsForReels campaign across the MENA region and beyond, a charitable movement in which Meta platforms and its content creators will celebrate humanitarian and social work. The campaign will also support the objectives of the 1 Billion Meals initiative, which will provide food aid to the underprivileged and undernourished in 50 countries across the globe.

Are you listening? To radio, podcasts, streaming music? Join us in our next Online Briefing, Audio 2022 to discuss all things aural. Join us on Thursday, April 14 to debate all things aural.

In partnership with Mohammed Bin Rashid Al Maktoum Global Initiatives (MBRGI), the #MealsForReels campaign invites food content creators, chefs and food enthusiasts to create Ramadan “Reels” on Facebook and Instagram during the Holy Month. Once a “Reel” has been posted, its creator will attach a donation wallet provided by MBRGI for their fans and followers to contribute to the 1 Billion Meals initiative.

The money raised will go towards the largest donation campaign this region has ever seen, a massive community movement in which individuals, institutions and companies will help distribute one billion meals during the month of Ramadan and help families in need in over 50 countries. The #MealsForReels campaign will see more than 120 influencers and 70 content creators across the MENA region and beyond, including creators from the United Kingdom and Spain, coming together to participate in the battle against hunger and malnutrition, which affects the lives of more than 800 million persons every day. 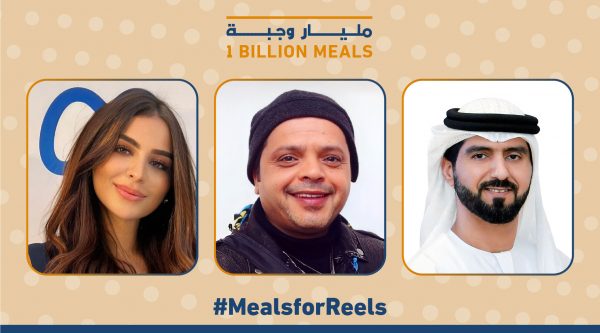 Khalid AlShehhi, Executive Director of Marketing and Communication for the 1 Billion Meals initiative, said: “The 1 Billion Meals initiative is the largest of its kind in the region to provide food support to those in need around the world. The Mohammed bin Rashid Al Maktoum Global Initiatives cooperate with local, regional, and international partners who contribute to achieving the humanitarian goals of the initiative by enabling individuals and institutions from the UAE and the world to extend a helping hand during the Holy Month of Ramadan. Based on the concept of sustainable community financing, the initiative allows participation for all levels of society, whether it’s through donations, logistical support or inspiring digital content that encourages the public to make their mark in this largest humanitarian initiative in the region. We thank Meta for their constructive role in supporting the 1 Billion Meals initiative and enabling hundreds of influencers and content creators in the region to play a pivotal role in our humanitarian efforts.”

Joana Jamil, Strategic Partner Manager, Established Creator Partnerships, MENAT, Meta, said: “With Ramadan being the #MonthOfGood for Meta platforms, we are excited to roll out the #MealsForReels campaign by working with top content creators across our Facebook and Instagram platforms. In partnership with MBRGI, we believe we have the opportunity to not only express social good but also inspire people to reflect on their actions. By creating Reels and utilizing our social presence, we can be part of something bigger and really impactful.”

From his end, the prominent Egyptian actor, Mohamad Henedy, said: “Technology has provided people with many opportunities in multiple fields, Internet, for example, has allowed us to expand our reach way beyond the scope of our regions, family and friends, and allowed us to offer a helping hand to disadvantaged people around the world. The One Billion Meals campaign is unique in its ability to transcend borders and continents and gathers people from all walks of life around a common goal – bringing a smile to those most in need. While feeling the joy of having an iftar surrounded by family, we can also smile at the fact we brought joy into the life of another person or family on another continent.”