Adeola Tejumola to lead the insights division of Kantar in the Middle East and Africa region, succeeding Charles Foster, who is retiring after 35 years in the research industry. 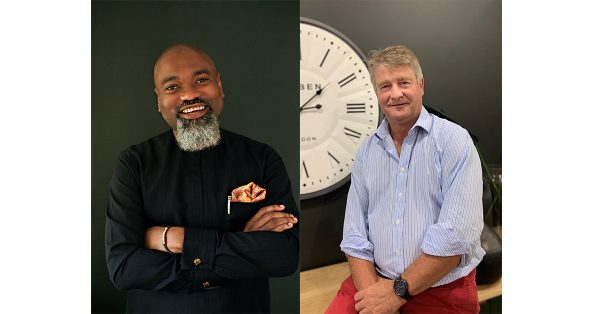 Kantar, a data, insights and consulting company, announced the promotion of Adeola Tejumola to lead the insights division of Kantar in the Middle East and Africa region. Mr Tejumola succeeds Charles Foster who, after more than 35 years with Kantar in the region, has announced his retirement.

Adeola Tejumola is now managing director of Kantar’s insights division for the Middle East and Africa region. As the leader of the insights division for West, East, and Central Africa from 2015, Adeola grew the business to become a key force in the African market, achieving high levels of expansion and business development. This success is driven by his renowned client-centricity and by the powerful partnerships he has cultivated with some of the largest clients and organisations around the world.

Adeola is a huge believer in talent as a key lever of Kantar’s business and has built a diverse and talented team that drives innovation and excellence throughout the organisation. Adeola is particularly proud of the Africa Life initiative, a unique program designed to help clients understand the fast-changing context of the continent, which has a great impact across sectors and nations.

Prior to his work with the insights division, Adeola was a passionate market researcher and leader at both RMS and TNS in Africa and Europe. Adeola is a graduate of the chief executive program of Lagos Business School and holds a master’s degree in marketing management from the University of Surrey, England.

Commenting on Mr Tejumola’s promotion, Gonzalo Fuentes, EMEA regional president for the insights division at Kantar, said: “The promotion of Adeola to this leadership role is testament to the skill and success he has displayed in Kantar. It exemplifies Kantar’s commitment to supporting our talented people throughout their career. In Adeola, I am confident that our growth ambitions for the Middle East and Africa are in good hands.”

Kantar celebrates Charles Foster’s career. Charles is one of Kantar’s longest-serving leaders and was instrumental in growing Kantar in the region from a business of around 20 people to well over 1,000 employees spanning Africa and the Middle East. In celebrating Charles’ career Fuentes added: “Charles has played such a key role in building what Kantar is today in the region. This includes creating an A-team around him that is now ready to take the region to the next level. I wish Charles all the best in his well-deserved retirement.”

Charles Foster added: “In Adeola I am confident we have a new leader who will drive the business forward, and, as we head into a new era of growth for the region, will be relentless in pursuing Kantar’s promise to ‘Understand People & Inspire Growth’. It has been a true privilege to represent Kantar and I’ve been lucky to have amazing people around me. What a journey I’ve had, and one I hope that will inspire many others starting on their first rung in the business. Truly anything is possible at Kantar.”

Adeola Tejumola assumes his Middle East and Africa responsibilities effective immediately. Charles Foster will remain with the business until April to support the transition.