Has the world suddenly changed or were you just not paying attention? By Meltwater’s Zubair Timol

By Zubair Timol, partner - director of strategy EMEA at Meltwater. 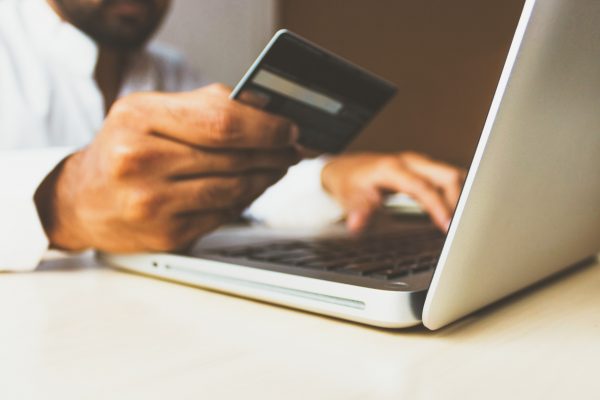 As the old adage goes, “the only constant is change.” The world keeps evolving, and with new technology and data-driven ideas, humankind seeks more ways to either make life easier – or prolong it.

Even as smartphone manufacturers like Apple prepare to launch the next iPhone later this year, their production team has already created futuristic design and capabilities for the next few models. Innovation is about coming up with solutions for solving future problems and potential changes in efficient and interesting ways.

Technology has made it easier for information to spread faster than before, keeping us apprised of the happenings of our transforming world. But, have you been paying attention to the adaptations and evolutions happening around you? Today, we’re seeing a number of global trends as part of this change that we may, or may not, be missing.

The Covid-19 pandemic has caused a number of businesses, using the traditional brick-and-mortar model, to rethink their sales and marketing strategies. Customers that were used to physically going into shops were somewhat forced to go online if only to avoid a potentially deadly virus. At the same time, some of their favourite retailers had little-to-no e-commerce capabilities.

While some businesses thought taking up e-commerce was a difficult strategy, slow-movers didn’t realise that it could be set up in just a few weeks or months – even on a budget. One large-scale European chain, with over 1,000 stores and no e-commerce presence, managed to set up e-commerce in three months. The result was a significant boost in revenue and growth in online basket sizes. The chain adapted to change quickly and reaped the rewards almost instantly.

We had also seen consistent growth in e-commerce platforms for businesses like Shopify.

“The commerce platform, Shopify, has achieved tremendous growth in just three years after starting life as a small business. It exceeded $7 billion in gross merchandise volume and currently has over 150,000 store owners.”

With business models shifting in this manner, data and analytics have become more important than ever, and the most successful companies are changing their models and adopting agility into daily operations. These businesses are embracing change through increased digitisation and automation.

While it’s necessary to adopt this type of change, it goes without saying that changing too quickly can be just as dangerous as changing too slowly – and requires detailed management to execute correctly.

If change is too slow, digitisation could be implemented at a time when much newer technologies are on the market, rendering them useless or outdated. In the financial sector, retail banking has whittled down over the past decade as banks became more digitised. On the other hand, new business models in the form of digital-only banks and financial service providers, with little or no physical branches, have emerged.

Data showed a decline in physical branch visits, leading banks to respond to this behavioural change. More Middle-Eastern banks are expected to shut down some of their branches in the coming year and beyond.

While working from home became more common because of the pandemic, before the crisis, companies were increasingly beginning to adopt this model for some of their employees, when and where possible. And, in the same breath, there was a marked increase in short-term work contracts, giving more credence to the idea that full-time employment would not remain the norm.

In the UAE, the gig economy has been growing steadily. “The UAE government has become more of a sponsor for freelancing, giving out part-time visas that allow people to work part-time as freelancers on the side” – Hakim Boriawala, CEO of Bawabba (Source: Forbes).

The main cause of this rapid growth is the boom in digital platforms for freelance and part-time work, such as Upwork and Hubstaff. This movement is in line with the trend of the working population desiring more flexibility and millennial tendencies towards work/life balance.

In fact, there are companies such as Superside whose workforce is entirely remote. The majority of these types of jobs are digital and driven by virtual tools, making it easier to work from almost anywhere.

The rise of e-commerce and the proliferation of the mobile economy has led to an increase in digital payments. In the Middle East and North Africa region, paperless payments are expected to grow at an annual rate of 6.5 per cent over the next five years.

Currently, such trends signal a reluctance to be exposed to Covid-19, while over the years the driver has been the convenience of not having to carry cash around. Though advanced economies have used credit cards for years, emerging economies have seen greater uptake when it comes to modern payment solutions. The pandemic has forced big economies to instigate and maintain these changes.

Scientists have even used predictive data to forecast the surge of communicable diseases, such as Covid-19, using information from climate change and human migration patterns. While it’s difficult to estimate when the next outbreak will be, once an infection cluster is identified, data analytics and artificial intelligence tools can be used to contain the spread of the disease.

Similar analytics were used in modelling the number of possible deaths and infections that Covid-19 could cause over a certain period. Other trends have seen predicting disease patterns using Google search results. This shows us the importance of data in the modern age.

All told, change is inevitable. The key to navigating it is to filter research topics down to those that can impact your business landscape the most. From here, you can and should, use predictive data to develop a robust risk strategy and set contingencies in place for events you can predict.