This is the second time in a row that the streaming platform has won the Award. 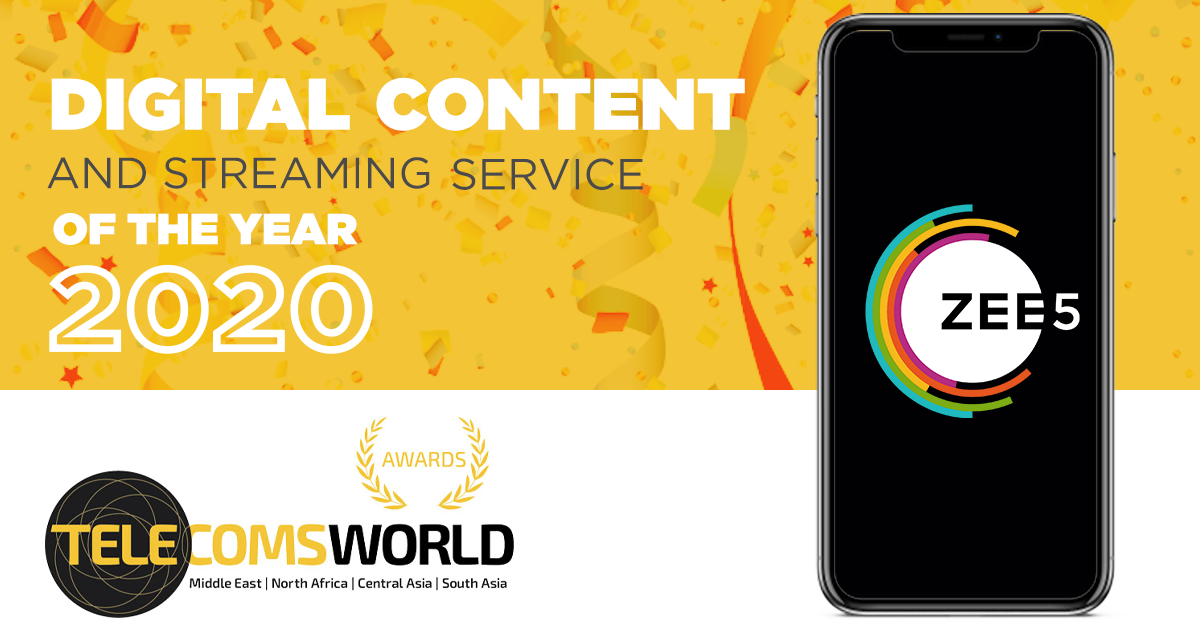 ZEE5 Global, a digital entertainment platform for Indian content, has won the ‘Digital Content and Streaming Service of the Year’ award for 2020 at the Telecoms World Middle East Awards for the second consecutive year.

The virtual awards ceremony, held on 13th October 2020, was part of a Telecoms World Middle East event in Dubai. The winners were chosen by a panel of expert judges brought together by Terrapinn, the organisers of the annual Telecoms World Middle East Conference and Awards. The awards recognize outstanding performance in key telecom-related areas across the region and recognize those players that make this one of the most dynamic sectors globally.

“We’re thrilled to be named the Digital Content and Streaming Service of the Year, that too for the second consecutive year. This award is a recognition of the tremendous love for our content across markets, the partnerships we have forged in the shortest span of time and our continuous initiatives to bring the best of Indian and South Asian content to our audiences worldwide. The Middle East is an especially important market for us, and we are very glad that our efforts and ambitions are being recognised here with this highly coveted award.” said Archana Anand, Chief Business Officer, ZEE5 Global

Catering to not only South Asians but also mainstream audiences across countries, ZEE5 is today, with over 125,000 hours of on-demand content and 60+ live TV channels, the largest single point destination for Indian content globally. From expanding its global reach through strategic partnerships across key global markets to establishing itself as a premium advertising destination, the platform has achieved massive success at rapid speed during the past year. It has also been recently featured as one of the top 10 streaming apps downloaded globally and the sixth most downloaded Android app, by Sensor Tower.

The brand has also grown from offering 12 content languages at launch to now offering content across 18 languages, including Arabic, filling a growing demand among audiences for language content. Fast-moving into its next phase of growth, it will soon launch multiple localized contents and other initiatives in priority markets like Bangladesh and the Middle East.