Zee TV is set to present audiences with the world’s first-ever music league – the Indian Pro Music League (IPML). While the world of sports has seen several league competitions, be it in India or abroad, this first-of-its-kind music league will have six teams owned by the likes of Shraddha Kapoor, along with her father and brother, Shakti Kapoor and Siddhant Kapoor, Govinda along with wife Sunita; Rajkummar Rao and Riteish Deshmukh, along with wife Genelia D’Souza Deshmukh, representing different regions of India, battling it out against each other in a musical championship. Each team will have popular playback singers as captains, a reality show star and a fresh talent.

An exciting addition to the already star-studded list of ambassadors is none other than India’s superstar, Salman Khan. He will be seen as the IPML Brand Ambassador on what we can call the biggest musical stages on television.  The show will be broadcast on Zee TV Middle East and is produced by Fathom Pictures. 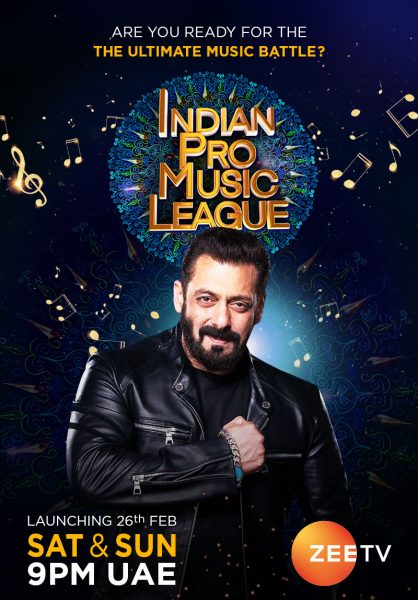