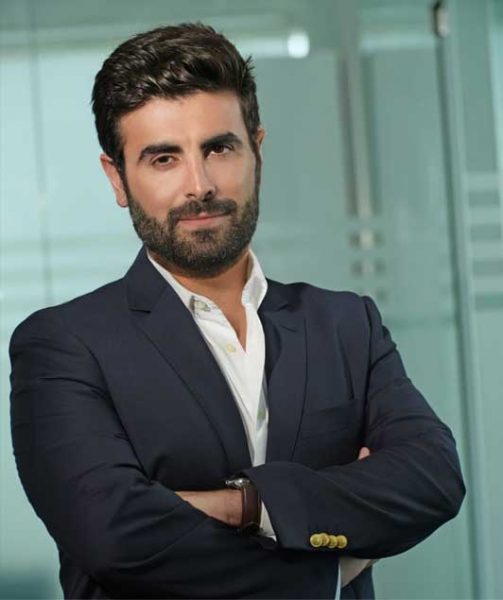 At the forefront of progressive regulations that aim to protect consumers, the United Arab Emirates legalised electronic cigarettes back in April 2019, in a bid to regulate a market that is rapidly and exponentially growing.

Since its inception almost two decades later, the e-cigarette category is continuing to innovate, with cutting-edge technologies that are revolutionising its functions and features.

In line with said evolution, adult smokers are increasingly turning to novel technologies that deliver the nicotine without the nuisance of combustion – which has been primarily linked, by scientists and medical experts, to tar and smoking-related diseases.

And like any ‘emerging’ business or industry, smugglers, as well as black-market (illicit) traders rushed to make a profit by introducing contraband, and often counterfeit, products that do not cater to quality and safety standards. With optimal shipping and storage conditions, these traders run the risk of putting products of questionable quality into the hands of consumers, while also potentially targeting minors and non-/former smokers.

Added to this, the black market has and continues to be equally damaging to governments and legal manufacturers alike, since smuggled products are not taxed – and consequently costing state treasures considerable amounts of money in lost taxation revenues.

In addition to intellectual property and patent infringement, manufacturers, importers and distributors of legal products found themselves at a disadvantage versus the non-excised and cheap products that swamped the market. Some of them closed shop, while others were discouraged to pursue further investments, including innovations in R&D to produce better products for adult users, and business expansion plans. As many of the retailers of legitimate vaping products are small and medium-sized business owners, the illicit trade of such products has affected these enterprises disproportionately.

As a result, restrictions to e-cigarettes have resulted in a myriad of illegal vape shops across most of the region’s markets, where products and their accompanying accessories were being explicitly sold, often without proper governmental and regulatory oversight. Such products were often smuggled into those markets.

Facing such a predicament, governments across the region reacted in two different, and juxtaposing manners:

There were those, exemplified by the UAE, where relevant government bodies have opted for a comprehensive legalisation of the e-cigarette category, from product technical standards (for both devices and e-liquids) all the way to a corresponding fiscal and tax structure. The underlying rationale was to not leave such a thriving industry unchecked while providing adult consumers (smokers that is) the option to access smoke-free alternatives that hold the potential of being less harmful when compared to conventional cigarettes.

Public Health England is a prominent example, maintaining its stance that vaping is 95 per cent less harmful than smoking[1]. Furthermore, governments around the world, UAE included, are increasingly recognising the need to work hand-in-hand with legal manufacturers and industry players, within a joint PPP framework, to collectively stand firm against the illegal trade of nicotine products (and all other illicit industries for that matter), whose profits can be used to finance illicit activities and to fuel a culture of acquiescence for the consumption of unsupervised goods and commodities.

The other scenario is one that several governments across the MENA region still follow, in contrast with the above-mentioned policy approach. That is either the prohibitionist line, which calls for the complete ban of cigarette substitutes, or the ‘leave-it-as-it-is’ approach where e-cigarettes remain unregulated, inadvertently helping the black market flourish, by exploiting an existing regulatory void. Both policy tracks remain unjustified, often driven by an ideological and dogmatic anti-industry rhetoric, that is further exacerbated by a lack of understanding – be it intentional or not – of the overall category.

As a result, while regulating the category will protect consumers, secure much-needed tax revenues, foster a much-needed investment-oriented business environment and bolster free-market model, the opposite of that will inevitably lead to a number of economic, financial, safety, and regulatory issues, as witnessed in several countries across the region.

To recap, the illicit trade of e-cigarettes has led to an underlying need for swift and appropriate regulation to counter black-market activity. In addition to creating awareness concerning potential health risks and ingredients used in unregulated products, manufacturers, wholesalers, and retailers would be able to sell e-cigarettes and related products on the condition they meet set standards, undergo stringent quality checks and carry relevant health warnings.

So, what are we waiting for? A change needs to happen and fast.