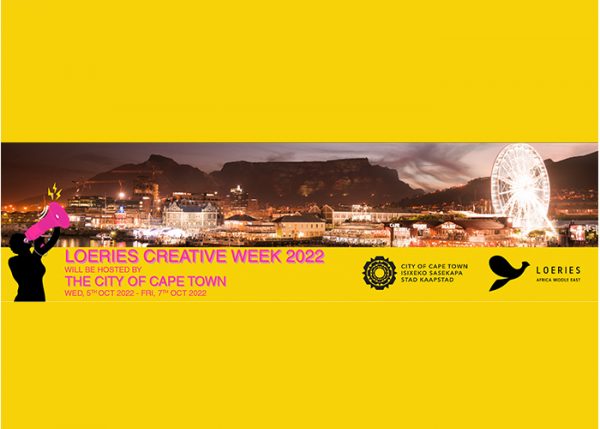 The Loeries, Africa and the Middle East’s premier creative festival, has announced the selection of five highly esteemed global brand communications industry experts to serve as jury presidents at this year’s Loeries Creative Week. The festival is scheduled to take from 3 to 7 October. This year the jury presidents hail from three continents: North America, Europe and Asia.

The jury presidents are responsible for governing the process whereby the judges will apply their minds to thousands of submissions from across Africa and the Middle East. The key goal is to ensure that only the best examples of creative excellence rise to the top and serve as inspiration for work that truly impacts consumers across our region to make their choices that adds value to their lives. 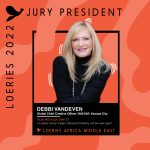 Debbi Van Deven from Kansas is the chief creative officer of VMLY&R, a creative firebrand, who has presided over top international juries such as Ad Age Creativity, Andys, and Cannes Lion International Festival of Creativity amongst many others. She will serve on the jury for the Film and Film Crafts category. 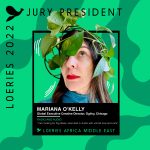 Global executive creative director, Mariana O’Kelly from Chicago is on the Jury in charge of judging submissions in the Radio category. She is an awarded creative leader with 27 years’ experience in the creative brand communication industry. She has won multiple Grand Prix at Cannes as well as over 70 globally recognized awards. 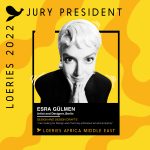 Berlin artist and designer, Esra Gulmen will be part of the Jury for the Artist and Design Category. An accomplished fine artist, art director and designer. She is a well-rounded artist who was named amongst the world’s best 200 illustrators in Lurzer’s Archive magazine. 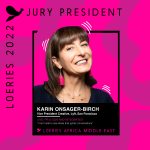 The Live, PR & OOH and Integrated jury president will be Karin Onsager-Birch. She is the vice president-creative of Lyft in Chicago. She regularly judges Cannes Lions, the One Show as well as D&AD awards. She has held numerous prestigious global creative director positions at reputable agencies such as WPP’s Blue Hive as well as FCB West in San Francisco. 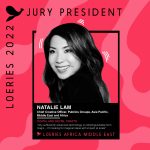 Natalie Lam has been announced as the Digital and Digital Crafts jury president. She is the chief creative officer for Publicis Groupe Asia Pacific, Middle East and Africa. Her 20+ years of career have included senior creative leadership positions at Google Art, Copy and Code, R/GA, Ogilvy and McCann World Group in NYC. She is a frequent jury president and judge at global and regional awards shows such as Cannes Lions, D&AD, The One Show, ADC, LIA, and Spikes.

Loeries CEO, Preteesh Sewraj says, “The ability to create magic is truly an intrinsic part of our industry. This year we will be reigniting the desire to amplify the magic put out by our industry through the awards ceremonies, masterclasses, networking events and entertainment. We are promoting true inclusivity and attendance is open to the public.”