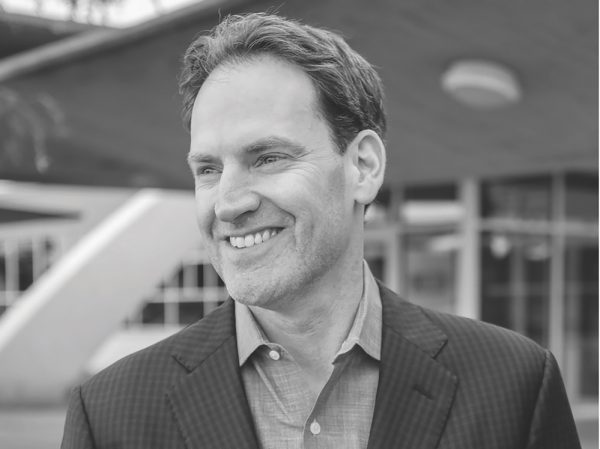 Jon Cook, CEO of VMLY&R, was recently in Dubai for several days of meetings with his regional EMEA management team, about 50 people in total. This is his first time in the Middle East as until his digitally-led agency, VML, merged with 95-year-old creative shop Y&R in 2018, it didn’t have a presence in the Middle East. Both agencies were part of WPP, and VMLY&R is still part of the holding company. VMLY&R is now in MENA, as is VMLY&R Commerce, which was previously Geometry and traditionally answered to the Ogilvy network. Global Team Blue (GTB), the unit within WPP dedicated to servicing the Ford Motor Company, is also strong in the region and has also been folded in under VMLY&R.

This same interview with VMLY&R CEO Jon Cook is the subject of our latest On the Record with Campaign Middle East podcast. Find it here to hear more about commerce, strategy, mergers and all things advertising.

“With all three of those things coming together here, this becomes kind of a living laboratory of what we’re doing globally, of the connection between commerce and advertising and technology,” says Cook. “On a smaller scale, but a growing scale, it’s a nice overall view of what we’re doing.”

He adds: “It’s a living lab because it’s evolving. We’re fluid with what we’re doing. We are constantly experimenting.”

VMLY&R was formed by the merger of two agencies owned by London-based holding group WPP. Those two agencies were digital shop VML, which is based in Kansas City, Missouri – Cook’s base – and New York’s Young and Rubicam (Y&R). Then WPP folded in other agencies, including Geometry, which is now VMLY&R Commerce, and GTB.

VMLY&R may be home to a lot of acronyms, but it has a clear identity, says Cook. “The overall VMLY&R proposition is about being connected, and it connects customer experience with brand experience, all united by commerce.”

Cook admits that he was apprehensive ahead of the merger. “I expected it to go well,” he says, “But I’d be lying if I said I wasn’t a little bit nervous.”

Commerce is quite central to VMLY&R’s offerings, which Cook says is unusual. Clients don’t normally expect their ad agencies to have the selling chops that VMLY&R does.

“People think [commerce] comes from big technology firms, comes from the consultants,” he says. “They would think that commerce gets delivered through big commerce software.” He admits he might be paranoid on the subject, but adds: “I do think people would perceive an ad agency to be lighter-weight on commerce; I think they would think they’d have a commerce person, but not global depth like we do.”

Although it sits under Cook, and shares an acronym with his network, VMLY&R Commerce is still a distinct offering, but Cook hints it may become even more integrated. He says: “We have some decisions to make about it. We had two distinct offerings, they’re in different real estate, different places in some parts of the world. They’re 100 per cent together in terms of the capability in the offering, but yet still in two different places physically. Leadership sits in two separate spaces. So I think you’ll see us talk more and more about how that comes together.”

In previous interviews, Cook has said that he wants to run the best agency on Earth, and Fast Company magazine has called VMLY&R, one of the most innovative companies in the world. Cook says that accolade means he’s been doing the right thing, and the overall quest for best is about striving for relevance – of which innovation is a significant ingredient.

“I think sometimes people forget that it’s not just an automatic thing that a client and an agency are together,” says Cook. “Human beings, with their reputation on the line, have to choose agencies. To be relevant means we’re the ones that are choosing. And then to stay relevant, that’s the other thing: to evolve.”

That evolution needn’t be about what VMLY&R offers, but sometimes about how it offers it. During Covid-19, many clients cut their ad spend. So VMLY&R pivoted into more of a customer experience role. Cook gives the example of a US client of the network, paint manufacturer Sherwin-Williams. “We just really pivoted the entire way we could make an impact to the customer experience, the way that contractors and professionals bought paint online, the way they had it delivered to them, the way they had shipments delivered to their job sites,” he says.

The agency is still talking to the same people within companies, but those people are themselves dealing with people deeper within their own organisations.

“The nice thing is our client reference point stayed the same,” says Cook. “I think a lot of the chief marketing officers, the chief technology officers that we work with, the CEOs we work with, they stayed in the mix. The people they would have us work with, or the resources we needed to go to in order to get work executed changed dramatically.

Of client-side leaders, Cook says: “They were needing to be different in their roles. They were pivoting at the same time we pivoted. We were there for them and with them on that journey.”

With change comes destruction, says Cook. But that’s the way things work. “Just when you’ve changed and you’ve gotten relevant, that’s when you have to start being breaking things,” he says. “The way it works in an agency is when you change your capability, or you evolve to be more relevant, you do that first and foremost in your capability with your clients. But there’s a wake that happens on the backside of that, which is internal. Your talent changes, your systems change, the infrastructure changes, and the agency has to then catch up with the capability that you’ve prioritised to your clients.”

The cycle is: “We work a couple of years to be the most relevant, forward-thinking thing. We get there, and then half of our company continues to find the next point of relevance, while the other half starts cleaning up the mess we created on the backside of breaking things in our own company – on systems and processes and everything.”

As well as heading VMLY&R, Cook is also on the executive committee of WPP, a committee formed when Mark Read took over from Sir Martin Sorrell at the helm of the holding company in 2018. It was under Read that mergers began to happen. VMLY&R was the first, then J. Walter Thompson merged with Wunderman, then Grey with AKQA. Cook says WPP is working towards being “the most creative company on the planet”. This means having fewer agencies that deserve more attention. WPP’s role is to support and connect those agencies. The strategy was underway before the pandemic hit, but Covid-19 heightened it. “In the last couple years we’ve seen more and more focus on the way we think about data and the way we interact with data, the way we think about technology, the simplification with our brands, making them much easier to access,” says Cook. WPP won a bid to become Coca-Cola’s ‘global marketing network partner’ during the pandemic, taking the lion’s share of that brand’s $4bn business, and Cook says this is proof that the strategy is working.

Cook says he “could write books” about the process of going through a merger, and has been helping other WPP colleagues as they follow in his footsteps.

One of the first things he tells them about making massive changes is understanding that secrecy can be tough, as can deciding when to break cover. “When you’re trying to do something big that’s a secret, you have to determine how many people you can tell and bring into that secret to do it,” he says.

The VML-Y&R merger was first tabled in the summer of 2018, and announced in early October of that year. “One thing we did that I would advise is that, before we had every single thing figured out, we announced we were going to do it with (I’m making up the number) 40 per cent of it figured out. But we also announced in October that we were going to launch on January 1 to start the new year.”

He continues: “This gave us a good excuse not to have everything figured out. We could have sat around for years till we had it all perfect, but we would have missed the opportunity and it would have leaked. It also allowed us to then bring more people into the collaboration. That would be impossible if we were trying to keep it a secret. By admitting we didn’t have everything figured out and inviting the entire now new-formed merger to participate, that helped give everybody some ownership of what we were going to do.”

Another piece of advice is to make tough decisions and stand by them. Cook avoided having duplicated roles at the new agency. Often such positions are kept on for political reasons, to be nice or to avoid hurting people’s feelings.

“One of the things we did best – and I would continue to advise – is to have those decisions made and just stand behind them. You won’t get them all right, but I would rather get nine out of 10 right and be confident and decisive about it than to have 10 out of 10 right and have it take two years to figure out.”

The challenge of combining two cultures is often overlooked, says Cook. But mastering that mixture is key to getting the other stuff right.

He says: “Our strategy for that was that if there’s perhaps 10 things we’ve got to do, we only have time to do five first. The five things we chose to do first all had to do with getting to know each other. We prioritised people knowing each other and developing community and developing introductions and developing trust.”

This came at a cost. He continues: “We sacrificed for that, because there’s things we had to leave behind. We sacrificed immediately figuring out our timesheet system, our financial system or our operations, with the theory that we can only pick five things to do right off the bat. If we pick the ones that are people-first, the other five will be easier to get to in the next year because we have connectivity with one another.”

This goes against the textbook steps of conducting a merger – systems first, and then ‘softer’ things – but Cook says: “We did it the opposite way, and I would never look back. It was the right way to do it.”

His final piece of advice is: “You can get so lost in putting two things together that you forget that what you’re actually doing is creating something new. Keeping that vision is hard, but realise that we’re not just slamming things together, we’re birthing some new animal here, and we have the chance to do it exactly like we’d like to do it.”

As for his next plans, Cook says: “We are right now in the middle of thinking about what’s next, and building everything we broke in the last two years internally to make ourselves relevant.”