Listen now! Campaign’s ‘On The Record’ Podcast – A living laboratory 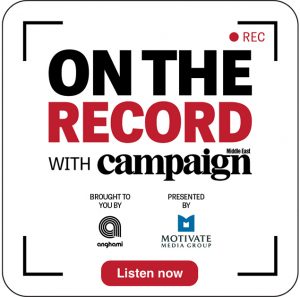 John Cook was recently in Dubai for several days of meetings with his regional EMEA management team, about 50 people in total. This is his first time in the Middle East as until his digitally-led agency, VML, merged with 95-year-old creative shop Y&R in 2018, it didn’t have a presence in the Middle East. Both agencies were part of WPP, and VMLY&R is still part of the holding company. VMLY&R is now in MENA, as is VMLY&R Commerce, which was previously Geometry and traditionally answered to the Ogilvy network. Global Team Blue (GTB), the unit within WPP dedicated to servicing the Ford Motor Company, is also strong in the region and has also been folded in under VMLY&R.

“With all three of those things coming together here, this becomes kind of a living laboratory of what we’re doing globally, of the connection between commerce and advertising and technology,” says Cook. “On a smaller scale, but a growing scale, it’s a nice overall view of what we’re doing.”