How young Saudis see their future plays a key role in defining the identity of the kingdom – and the region – in the coming years, writes Sunil John, drawing on research from Asda’a BCW’s Arab Youth Survey. 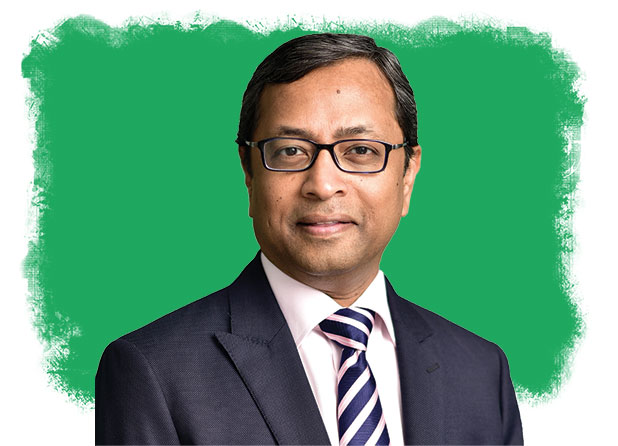 Saudi Arabia is at the heart of some of the most exciting futuristic developments in the world today. Giga ventures such as Neom and The Red Sea Project, among others, reflect the grand ambition of Crown Prince Mohammed bin Salman to build a new era of opportunity and progress.

Sustainable, scalable, innovative and high-tech, these transformational projects aim to create new opportunities for young Saudis. With more than 17 million young people below the age of 25 and nearly two-thirds of the population below 30, it is not surprising that the kingdom’s new development framework has upended conventional norms.

Young Saudis see the monumental changes across the kingdom with optimism. They trust the vision of their leadership to address one of the biggest concerns among youth across the Middle East and North Africa region: the challenge of rising youth unemployment.

This was highlighted by the 12th edition of our annual Asda’a BCW Arab Youth Survey in 2020. As the region’s largest and most cited research project on the Middle East’s largest demographic – its more than 200 million youth – the survey has consistently mapped the hopes, attitudes and aspirations of young people in 17 Arab nations, including in Saudi Arabia, since its launch in 2008.

Confident of the future

This is despite the many challenges the kingdom has faced in recent times, including low oil prices. More pertinently, this positive sentiment recognises the confidence of young Saudis in government programmes such as Saudi Vision 2030. Our survey identified that a remarkable 91 per cent of Saudi youth expect the strategic roadmap of the government to secure the future of the economy.

Saudi Vision 2030 would not have gained such support if the country’s youth felt they were not being prepared for the jobs that the strategy of economic diversification and investment in digitisation is expected to create.

Most young Saudis (89 per cent) are satisfied with their level of education and their preparedness for technology-oriented jobs in their home country, feeding the overall optimism towards their future.

Compared with the rest of the region, the optimism on the course of the country’s future by young Saudis is much higher than that shared by young people in other nations about their own governments, especially in the Levant and North Africa. For example, 89 per cent of Saudi youth believes the country is moving in the right direction, compared with 84 per cent across the GCC and 58 per cent across the Arab world.

An ecosystem for professional growth

Professionally-minded, nearly one in every four young Saudis is looking to start a career soon – a higher priority than starting their own family (17 per cent). Similarly, nearly half of the youth are interested in opening a new business over the next five years.

The confidence of young Saudis in the future also stems from a personal belief that their professional goals are achievable. Our survey identified that 81 per cent of all young Saudis believe they can “easily achieve” their top personal goals over the next 10 years.

The voice of young Saudis reflected in our study has also been a barometer of the rise in eminence of the kingdom in shaping geo-political dialogue. In fact, one of the top findings of the study was that Saudi Arabia is seen as the region’s top rising power by a majority of Arab youth from the 17 nations we surveyed. Going beyond geo-political power, two in five Arab youth also are keen to visit the kingdom for non-religious tourism, especially following the issuance of tourist visas to people from 49 countries in late 2019. This points to the increasing ‘soft power’ of the kingdom.

Three-quarters of Saudi youth want traditional values to be preserved, and an overwhelming majority of 93 per cent are confident in the government’s ability to deal with preserving the Arabic language.

Religion remains important to their personal identity for a majority (60 per cent) of Saudi youth, one of the highest levels across the region. They are particularly likely to see themselves as religious, with 73 per cent stating they are more religious or at the same level as others across the kingdom.

What these findings tell us about the largest youth population in the GCC is that while they embrace modernity, they do not want to shake off traditions and values. The co-existence of these two forces could well shape the Arab mindset of the future. 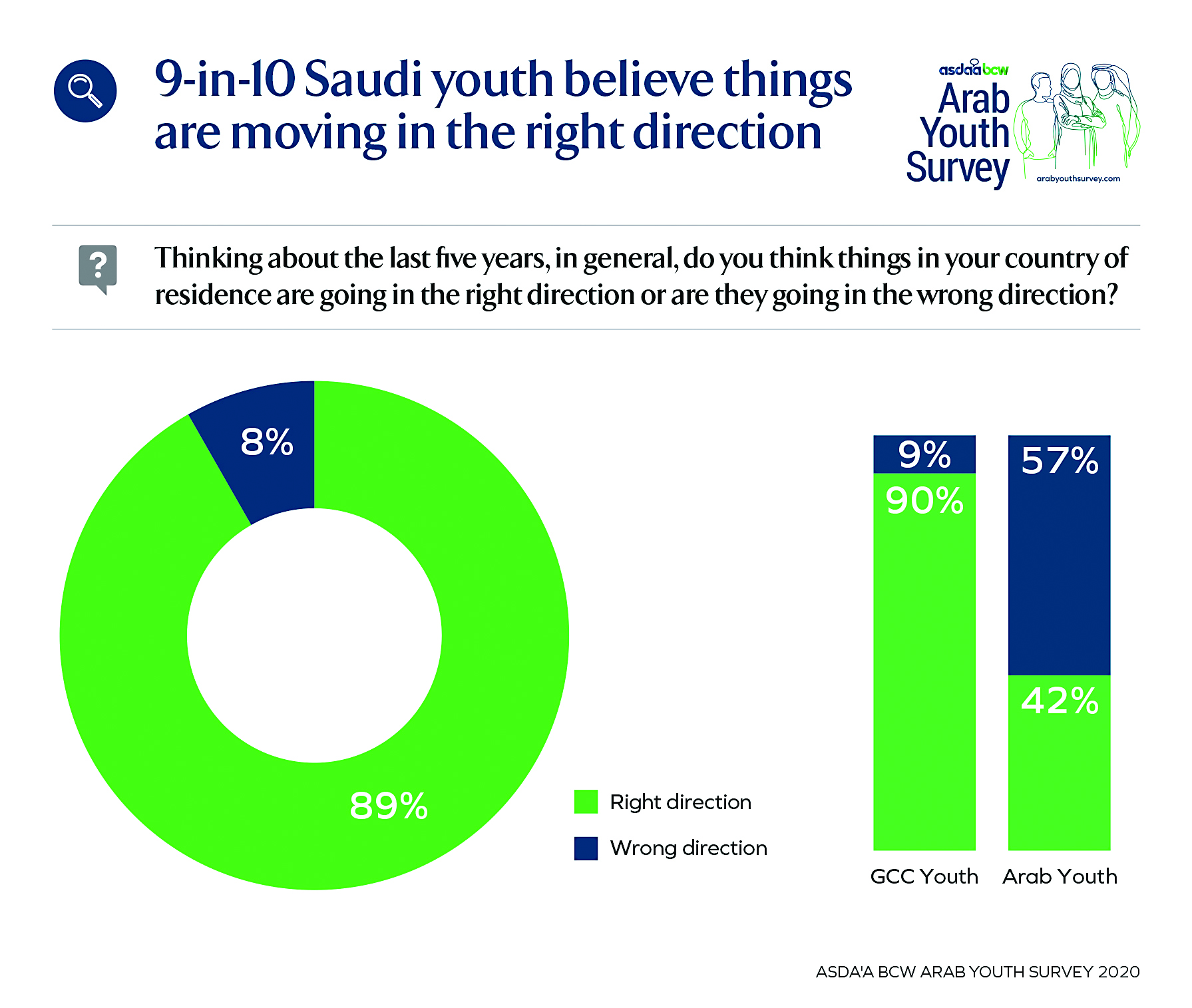 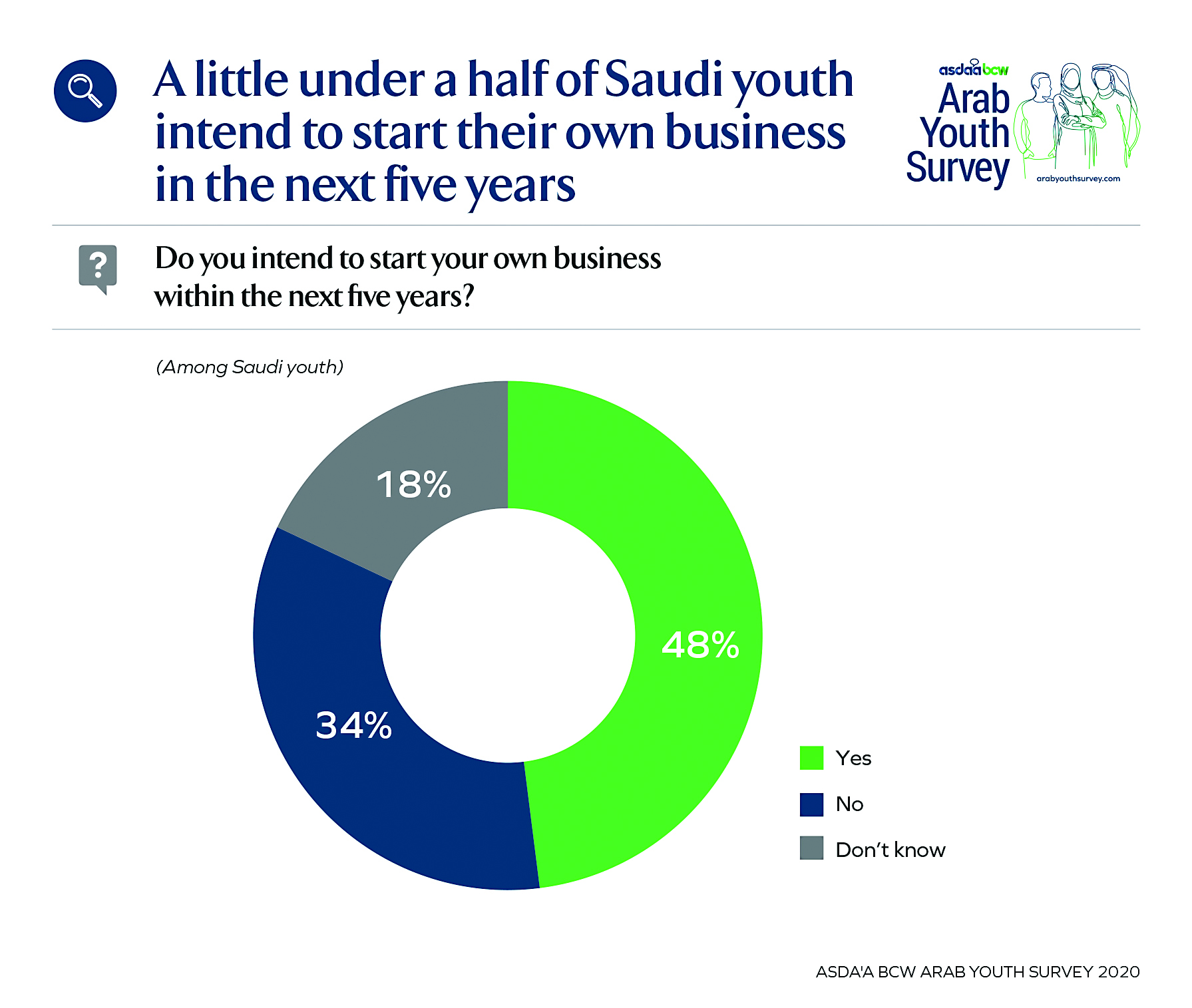 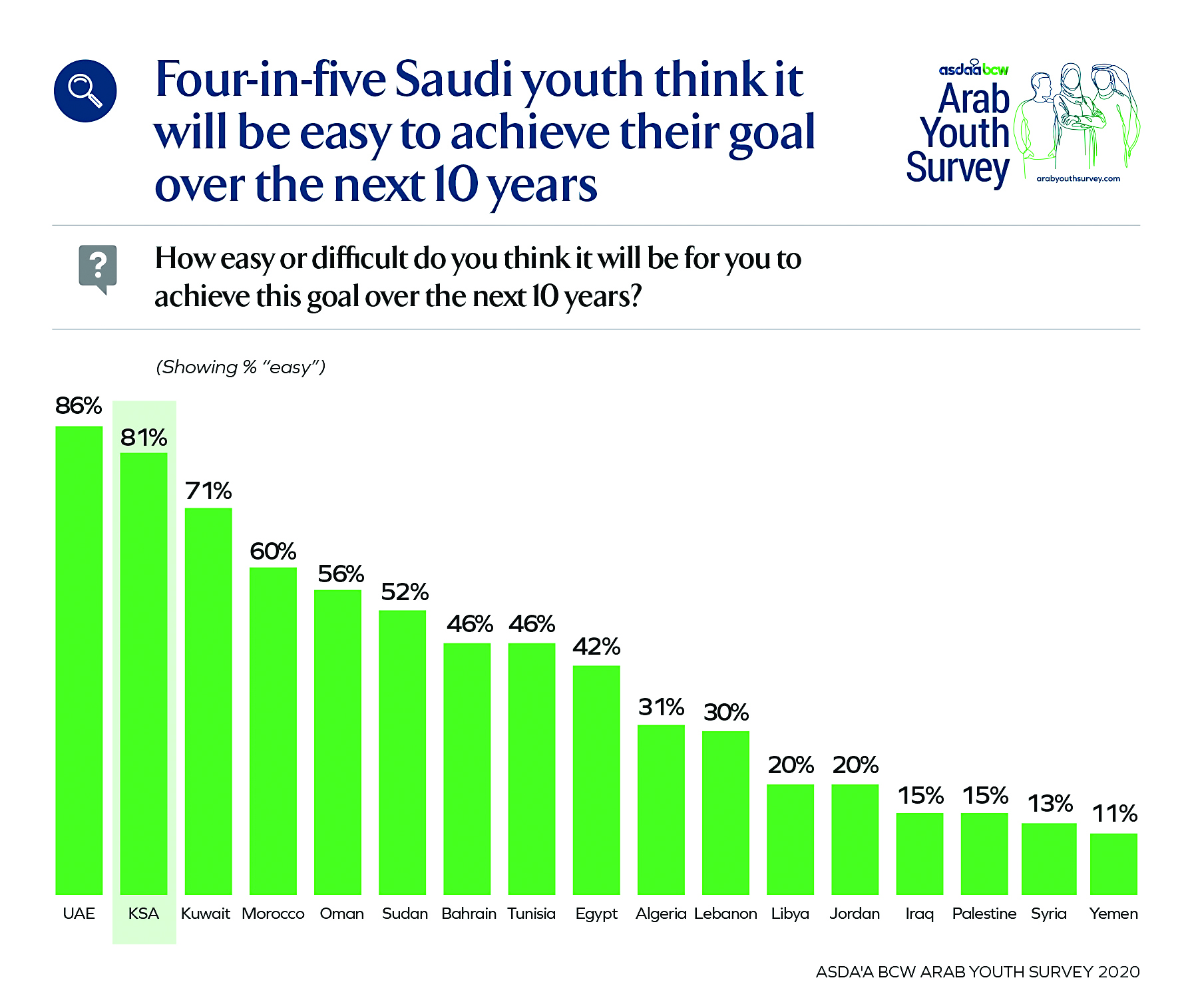