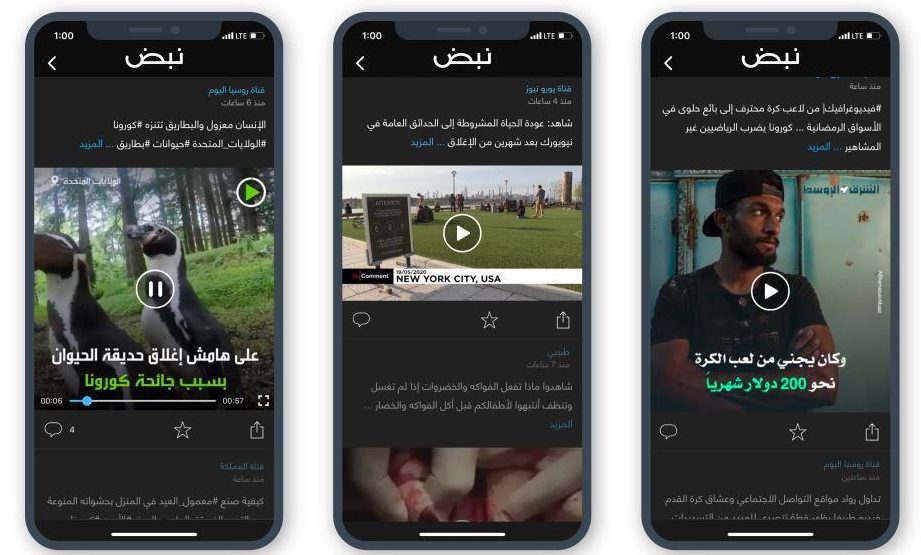 Nabd –the industry-renowned leader and the largest Arabic news aggregator – today announced the launch of its new video feed section on its app for both iOS and Android mobile devices.

This addition illustrates Nabd’s solid comprehension of its users’ content consumption behavior, not to mention its hard work and commitment to continuously improve and innovate mobile experiences that are best suited for Arab users.

“After witnessing a steep rise in video viewing on Nabd, we decided to launch a dedicated video feed section to cater to our users’ preferences. Nabd is empowering video consumption because of its vital role in the changing scenario of the news industry. Not to mention providing a dedicated video channel to our partners to communicate their news and content to our globally reached Arabic users.” said Mr. Abdur-Rahman El-Sayed, the Chief Executive Officer at Nabd.

Worth mentioning, during the COVID-19 Pandemic, Nabd has seen explosive record growth, reaching over 21.3 Million users per month, generating 2.1 Billion monthly page-views, as people consider it the go-to platform for credible Arabic content from different sources in one place