A mobile-first world? It’s all about Artificial Intelligence now 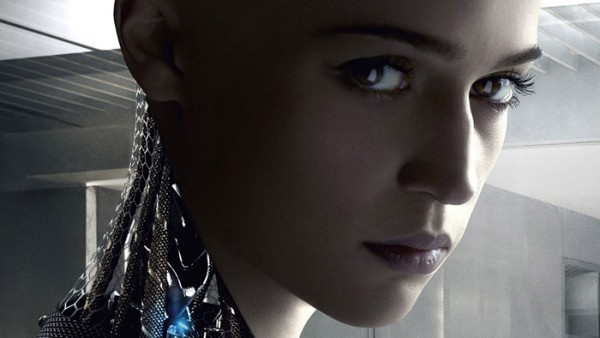 AI is the new mobile’ is a phrase we might as well start getting used to hearing.

I know, I know. It’s infuriating that, just as the marketing world finally starts to think ‘mobile first’, not one but two technology giants signal loudly that they’re over mobile and on to the next thing.

Witness Google chief executive Sundar Pichai, who recently spoke about moving from a mobile-first to an AI-first world. Make no mistake, he sees artificial intelligence as the future of search, best exemplified by what the firm calls the Google assistant: less a product and more an artificially intelligent, conversational interface to all things Google. In effect, moving Google search on from keywords and links to genuine assistance.

Earlier in the year, at Facebook’s developer conference F8, Mark Zuckerberg (pictured) made AI one of the three pillars of Facebook’s ten-year roadmap (alongside – yes, you guessed it – connectivity and virtual reality). As a tangible step, he announced the long-awaited launch of tools for developers to build branded chatbots that can integrate with Facebook Messenger. The goal: to make access to customer service, promotions and news faster and easier, as well as enabling simple transactions such as placing an order or making a reservation. In the process, removing the need for a user to call anyone or bother with heading to a third-party app or website.

Facebook may have beaten Google to statements about its AI commitments this year and Apple has had its personal assistant Siri since 2011, but Pichai stresses he envisages nothing less than an “evolution of Google itself”. As he puts it: “We’ve been building these incredible capabilities, be it search, the knowledge graph, our understanding of natural language, image recognition, voice recognition, translation. They are progressing at an incredible rate. Particularly over the past three years with machine learning and artificial intelligence. We have felt we can do these things better than ever before.”

From a user perspective, using a bot may feel awkward initially, but experience is everything. When it works seamlessly, there’s clearly an upside in having a bot handle basic, repetitive question and answer tasks that are responded to faster and at greater scale concurrently than a human being could ever do on their own. Particularly when you consider the growth of messaging apps such as WhatsApp, Messenger, WeChat and Snapchat overtaking other social platforms and repositioning them in the process (take note, Twitter).

Early examples of this in action include CNN, which is using an actual Facebook Messenger chatbot to provide bite-sized summaries of the news. There’s also clothing retailer Spring, which is doing the same to sell clothes, neatly summing it up as an experiment in “conversational commerce”. Marketers can and should imagine more: Facebook head of Messenger David Marcus points out that brands will be able to buy news feed ads that direct people straight to the chatbots if Messenger is installed.

However, perhaps tellingly, my favourite bot-like news app, Quartz, which describes itself as “an ongoing conversation about the news”, turns out to be scripted by humans at the moment. I guess it offers the real bots a standard to aim for in future.

Indeed, our experience of bots can still leave a lot to be desired, as BBH Labs’ Jeremy Ettinghausen discovered during an internal experiment. Even the word ‘chatbot’ sounds a little lame. But we won’t be laughing at the #botfails for long because there are billions of dollars being invested in AI and machine learning. Cue Facebook’s latest announcement introducing Deep Text, its “text understanding engine”: designed to better understand the nuance and context of the content, requests and questions users create. The company claims Deep Text can already understand “with near-human accuracy” the textual content of several thousands of posts per second, spanning more than 20 languages.

One thing is inevitable: the bots will get better and, as they improve, we’ll stop caring about whether we’re talking to a real person or not.