Leo Burnett Beirut’s ‘Legally Bride’ won a Glass Lion at Cannes. Jo Chemali explains why more agencies should be involved in the fight for social change and the battle against archaic practices. 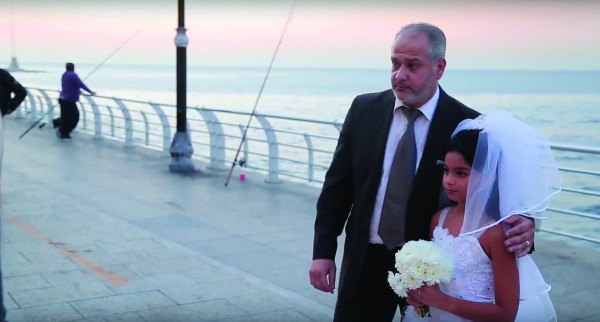 Kafa, a Lebanese NGO that fights for women, children and familial rights in Lebanon, approached us last November to create a campaign against child marriage, which is still legal in Lebanon.

The issue at stake is complicated, not only because of religion, but also because popular support is hard to earn from different communities.

When we began to research the topic, what we found revealed data that was bitter. In Lebanon, a girl as young as nine can be married. Moreover, 13 per cent of girls are married before the age of 18. Some people were not even aware that these laws existed or were still applicable. Clearly we had to raise awareness of the issue and rally public support around the cause.

Our primary audience was the Lebanese, including public figures, influencers, people at large. In other words, anyone and everyone who could put pressure on the religious authorities. Our audience also had to be reached via regional and international exposure in order to maximise awareness of existing archaic laws, as well as increase pressure on religious authorities.

Our communication idea was simple: let’s convert the laws that allow child marriage from text into life.

So we decided to stage a photo-shoot during peak time on the most popular promenade in Beirut and brought in two actors – a middle aged man and an 11-year-old girl – to pose as bride and groom. We chose Beirut Corniche, Lebanon’s most famous public space, which is visited by all types of religions and social classes.

The photo-shoot was filmed. Countless reactions from outraged bystanders protesting against the act were recorded. Bringing this religious law to life made all witnesses feel the heat of its reality. All daughters could be victims of such an outdated practice.

The video edit was posted on YouTube and embedded on Facebook. While we pitched it to key influencers, it only took a short amount of time before it went viral. Soon there was a snowball effect and the video was covered by international publications within countries such as Peru, Japan, Korea, the United States, Germany, France and the United Kingdom. It was also covered by TV stations, including France 2, Arte, TV5 and CNN.

The role of agencies in supporting human causes is crucial today. Using creativity, ideas and communication can change human behaviour and impact the world around us. We live in a region where human rights are often at stake. And in Lebanon, even though the situation is improving, we remain behind in many ways, such as these archaic, outdated and dysfunctional ‘legal’ practices.

Naturally it is crucial for us – the people – to take to the streets and demand our rights as citizens. Still, without knowledge and without awareness regarding the problems around us, people don’t always know which battles to fight.

Which brings us back to Legally Bride: the catastrophe of child marriage that many did not know was legal and was overlooked by none other than our government. As a country that is often caught in the cross-fire, it is always important to remember to take a stand against corrupt forces who strive to keep problematic issues in existence. That said, in order to challenge and change, we must first know more about these issues. Only then will people be able to successfully defy bad practices.

When an agency takes on heavyweight projects such as ‘Legally Bride’, its role is more as an educator and an influencer, aimed at exposing unknown information and changing human behaviour. Gathering all its expertise, skills and techniques, an agency puts the issue into context and tries to deliver a communication idea that is simple, yet powerful enough to stir emotions and instil doubts when necessary.

Driven by creativity, an agency becomes a mouthpiece that uses different channels of communications to fight for social change and call for a better environment.

Jo Chemali is managing director for the Levant at LeoComm