Matter of fact – A gaming chamber with a view

A gaming chamber with a view

From a household hobby to a global phenomenon, the gaming landscape has enjoyed a meteoric rise over the past decade, led by the unprecedented growth in power and influence of e-sports. What once was a catchphrase employed by those looking inward at the medium as a means of reflecting an understanding of genre well-beyond their industry projections, the world of e-sports has transitioned from a casual meetup of friends and peers to international events with a $34 million prize pool1.

Riding on the coattails of this success, the region has also been paying its dues to professional gamers and the games they play, hosting a number of events that do more than just tap into the fandom that intrinsically exists among those involved in the medium, represented by developers, organisers, and gamers. These events are also paving the path for a growing number of enthusiasts who would be seeking to double down on their passion, whether as gamers, through an e-sports academy to train the next generation of UAE e-sports stars, or as designers through government-supported programmes in gaming being offered by universities2.

The entertainment medium has always struggled with a state of ephemeral existence that outspoken detractors have generationally condemned it with. However, given the empirical progress, it has achieved, it is certainly the criticism that has been rendered redundant and short-lived. 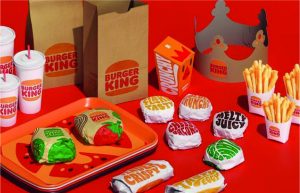 A redesign fit for kings

For the first time in 20 years, Burger King is completely rebranding itself as an homage to its heritage while keeping the digital experience in mind with a more minimalist, modern logo. The redesign evokes a vintage motif that has struck positively with audiences who have tired of the glossy, post-modernist branding that permeated over the past decade. 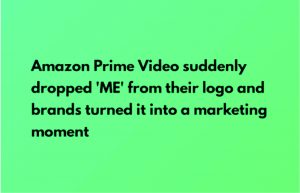 Earlier in the month, Amazon Prime dropped the ‘me’ from its name to the joy of online sleuths, who noticed the change, and other brands who came back with a flurry of reactions, generating the #WhereIsME trend. A smart marketing campaign or a proof of relevance? I guess only ti__ will tell. 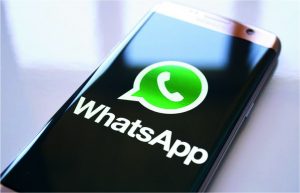 The world-over is furious with WhatsApp’s lack of interest in personal privacy. People are raising their devices in ire and threatening to switch over to Signal, a competing platform that Elon Musk endorsed and that was developed by WhatsApp’s co-founder. Here’s my take: the upheaval is being blown out of proportion; nothing you share online is really protected, and the small print will continuously be modified in favour of corporates.