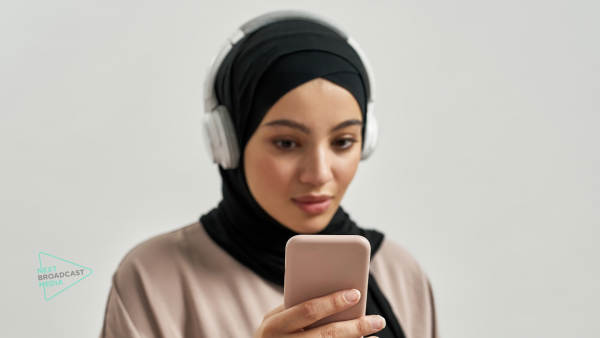 By Suzi Kuban, Next Broadcast Media

Radio remains a feature on media plans but new research by Next Broadcast Media shows that 39% of Generation Z from Saudi Arabia are regularly listening to digital audio compared to 4% that tune into FM radio. These results emphasise the importance of new audio marketing formats for advertisers wanting to succeed in the region.

Speaking for Next Broadcast Media, Lemya Soltani says “Generation Z is coming of age and has both increasing personal spending power and influence on parental and household spending. But unlike past generations, in terms of advertising, this generation is different requiring brands to update their media plans with new digital channels”.

In February 2022, Next Broadcast Media surveyed over 1,300 Saudi Residents and found Gen Z respondents are the largest consumers of digital audio content compared to other generations. Thirty-nine per cent of Gen Zs said they regularly consume digital audio in the form of podcasts, web radio, or music streaming. This is compared to 35% of Millennials regularly listening and 29% of Gen X.

“It’s not a shock that digital audio is on the up among this generation because they value creativity, diversity, and control in what they consume – and compared to FM radio digital audio gives them that. It’s now another pivotal medium in the life of young Middle Eastern generations” says Soltani.

Across all generations, regular FM radio listening is lower than digital audio: 4% of Gen Z, 14% of Millennials, and 13% of Gen X listen to commercial radio. The drop could be a result of modern vehicles now automatically connecting to devices which reduces the opportunities for commercial radio to be consumed. Next Broadcast Media’s survey found that 59% of all Saudi respondents stream music in their car and 43% listen to podcasts in the car.

Soltani adds, “We still see offline radio being overestimated, taking a good portion of media spend, even though it doesn’t match the actual consumption anymore”.

Developments in listening technology in the form of home speakers, wireless headphones and connected vehicles have made digital audio a part of the younger generations’ everyday life. The survey shows of regular podcast listeners 62% of Gen Z in KSA listen to podcasts when commuting (in the car or public transport). A significant amount also listens at home (60%), when going to sleep (32%) and when doing sports (28%). Music streaming stats show similar numbers: a significant 78% streaming music when commuting (in the car or public transport), at home (58%) and doing sports (33%).

“We see that this digital native generation has mastered the web as a way of life, not just a tool, and digital audio is part of that. This is a welcome new media for brands because audio allows them to be more authentic and relevant in a trusted lean-in environment. Compared to its terrestrial radio counterpart, it’s cheaper, faster to deploy, easily optimised, trackable and has narrow targeting.”

Cross-cultural exchanges powered by the internet have created an educated generation that is both more opinionated and has more options available, meaning brands need to work harder to capture Gen Z. Using insights, like this of Next Broadcast Media, will make navigating this generation easier for advertisers to succeed in the Middle East.