Guinness World Records offers individuals the chance to be the best. It also gives brands a chance to do something special 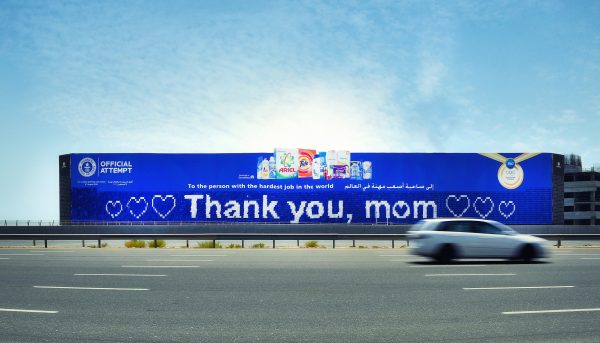 The Middle East is a region of records. Especially Dubai. A visitor to the emirate can arrive at the world’s busiest international airport, before getting straight on to the longest driverless train. The metro will take them past the tallest building, the biggest mall and the highest vertical maze, before reaching the largest indoor ski slope, just inland from the biggest man-made island.

So it is no surprise that Guinness World Records, the global authority on superlatives, has had offices in Media City for the past four and a half years. Since it opened in 2013, the organisation has recorded a 68 per cent increase in the number of record applications from the region. Indeed, the Middle East and North Africa punches above its weight. Every week, GWR receives about 1,000 record requests worldwide. These are either from a person or organisation with a dream of breaking a record or setting a new one, or someone who already believes themselves to be the best. Out of these applications, 10-12 per cent come out of MENA. Primarily they come from the UAE, Egypt and Saudi Arabia.

GWR has now hired a public relations agency, BPG Cohn & Wolfe, to help it achieve its remit. This remit has several parts: “Guinness World Records is the world authority when it comes to record breaking, and we believe that record breaking should be offered to anyone anywhere in the world, and that is why Guinness World Records is keen to be present in every region of the world, to be close to people who want to attempt records, and that is what we want as a business,” says Talal Omar, country manager for GWR in the region. “At the same time, in my role as a country manager for GWR here, I’m always on the lookout for opportunities to diversify GWR as a brand.”

He adds: “I’m always seeking to see how we can increase innovation when it comes to our digital presence, because that’s very strong with us. We want to be connected with our audience and also we want to maintain our presence as the record authority when it comes to record breaking. That’s why we want to be present everywhere.”

The Guinness Book of World Records, the book from which the GWR brand has grown, was born in the early 1950s when Sir Hugh Beaver, managing director of the Guinness brewery in Ireland, argued amiably with his hosts on a shooting party about the fastest game bird in Europe. They couldn’t find the answer, and in 1954 Sir Hugh had the idea for a Guinness promotion based on the idea of settling such arguments. He invited the McWhirter twins, Norris and Ross, to compile a book of facts and figures. They began work in November of that year, and the first print run of 50,000 copies made the title a bestseller by Christmas.

Now the book holds its own record as the bestselling copyrighted book of all time. It is published in more than 100 countries and more than 20 languages.

Today’s edition has different facts and figures in it than the original versions. Records change, and more are added to GWR’s database every year. Not all make the cut for the book, and each year’s edition is now themed. The 2017 one was centred on space, and subtitled “A galaxy of new records”. It contains interviews with astronauts Buzz Aldrin and Christ Hatfield. When the McWhirters first sat down at their typewriters, man had not yet left Earth’s atmosphere.

Every record tells a story. Whether it is the Lebanon’s Nabil Karam, who began collecting model cars after leaving his behind during war; Egyptian scuba diver Ahmed Gabr, who for six years studied the physics of carrying out the deepest scuba dive; or 13-year-old Palestinian Mohammed “Spider-Boy” Alsheikh, who kept sending videos of himself performing feats of contortion before GWR could fly him to Jordan to set the record for most full body revolutions maintaining a chest stand in one minute.

“The way you see it outside is X, Y or Z broke a record, so congratulations,” says Omar. “But with them we live their journey from the beginning to the end.”

People break records for all sorts of reasons. One school for special needs students in Dubai got in touch to say they had an autistic pupil with an impressive memory and wanted to find a record he could break.

GWR suggested naming the most capital cities in 60 seconds. Johann Mendes named 52 and was awarded his record. “‘Why did you do this record?’ That was the first question we asked him,” says Omar. “He said: ‘I want to tell everyone we’re not different.’”

However, in the region about 70 per cent of records are corporate, rather than feats of individual passion and determination. For example, Nissan Middle East has set records for the fastest drift (pictured, left), the longest twin-vehicle drift and the quickest time to ascend a 100m sand dune. Pepsi set a record for the largest synchronised car dance, when 121 cars formed an animated peace sign in 2015.

The prevalence of corporate records over individual ones, says Omar, is partly down to the region not having grown up with the book. Only seeing records broken on television in other countries can make them seem a lot less beatable than those in the pages of a book in a child’s bedroom. An Arabic version of the book did run for about three years until GWR’s deal with its local publisher fell through in 2010. It might come back again, though.

And in its attempt to make Guinness World Records more of a household name in the Middle East, as it is in the West, the company is also in talks to launch a locally produced television show and a theme park. There have been GWR television shows before, and Officially Amazing is broadcast on MBC and Emirates airline’s in-flight entertainment system. But as early as next year, there might be a regionally specific show launched.

GWR is also in talks about leveraging the region’s new-found love of theme parks to open an attraction in the Middle East. GWR attractions will most likely first launch in the US or Canada, but could expand to this region within the next five years.

In the meantime, GWR will promote its accessibility here through live events. Sometimes these are paid for – by malls, for example, to provide an extra attraction and activity for shoppers. Other times they are funded by GWR. They allow members of the public to attempt records – often of the sort that can be beaten in a minute (think most step-ups in 60 seconds). The purpose, though, isn’t necessarily to break records but to emphasise to the public that records can be broken, and anyone could become a record holder.

In March, at the Etisalat Beach Canteen in Dubai, 13-year-old Alexandre Mitterand broke the record for most table tennis ball bounces off a racket in one minute, blindfolded, and Moatasem Elhamamy and Hani Khalil broke the record for most beach balls caught blindfolded in one minute (team of two). Mitterand’s feat has been shortlisted for entry into this year’s book.

The next GWR Live event in Dubai will be held at the Ramadan Night Market at the Trade Centre. So if you think you could be the best in the world at something, get down there and see if you can set a new world record.