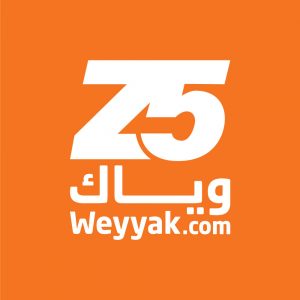 As part of its strategy to expand its entertainment services and to provide the best viewing experience for the Arabic audience, Zee Entertainment has announced the launch of its video on demand service Z5 Weyyak. Weyyak is an Arabic word that means “With You” which demonstrates the spirit of the service of being with you wherever you are and at all times. Users can access the service through the website http://weyyak.z5.com as well as Android and IOS applications.

“Following the success story of our linear channels and in-line with the online user behaviors and video consumption trends, we are gladly launching our new Video on Demand service Z5 Weyyak. Weyyak is a video entertainment hub for all Arabic users with state of the art user experience built on global standards. In Ramadan, we have got exclusive premium Indian dubbed content and A class Arabic series to make Weyyak a one stop service for all Arabic viewers wherever they are. ” Nadine Samra – Head of Digital.

Z5 Weyyak is an AVOD service to enable its consumers to watch their favorite programming free of charge.  Viewers will be a click away from the biggest Arabic & Indian dubbed productions that include the most important stars from the Arab & Indian world such as Al Za’eem Adel Emam, Tamer Hosni, Amitabh Bachchan and Shah Rukh Khan. In addition to many big names such as the queen Aishwarya Rai, the great star Yousra, Qusay Khawli, Amir Karara, Priyanka Chopra, Nelly Karim, Youssef El Sherif, Bassil Khayat, Haifa Wahbi, Yasmin Abed Al Aziz, Anil Kapoor, Shahid Kapoor, Akshay Kumar, and many more.

Zee also announce that they will air exclusively Fedya 2 during Ramadan which is their most loved Indian series that have been watched by millions of viewers ever since the season 1 was aired on Zee Alwan almost 2 years ago. They also added “Get ready to live glamorous stories from the world of fantasy, drama, love, mystery and thriller in addition to comedy, cooking and fitness programs all in one place.”