From flying to filming, by Shadani Consulting’s Gregor Amon

Pilot-turned-entrepreneur-turned-director Gregor Amon head of production, Shadani Consulting, gives his advice on how to get ahead in filmmaking. 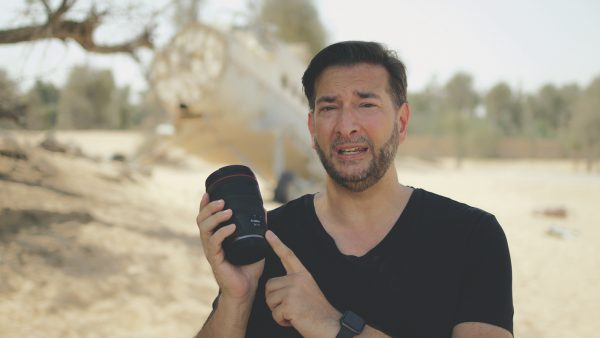 Gregor Amon is a Dubai-based filmmaker and director with Shadani Consulting. He is also a serial entrepreneur and ex-airline pilot, who discovered his passion for filmmaking while growing up in Vienna, Austria. He recently shot Canon Middle East’s acclaimed “Trailblazer” campaign, which was accompanied by a special behind the scenes (BTS) segment documenting how the video was shot. He has just completed an independent short film, shot entirely in Dubai, that will be debuting globally in early 2022. He gives his top five tips on how to succeed in the competitive arena of directing and filmmaking: 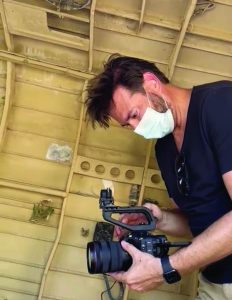 1. Work with everyone, across every budget. This may sound misguided because we all strive for unlimited budgets, which make our job so much more easier to execute. But it’s also important to work on projects that don’t have significant budgets, yet make up for it by being passion projects that are original, fun and artistic. For a creative person, this guarantees innovation, fresh ideas and the ability to think on your feet. Some of my greatest professional learnings have come from projects where the budgets were tiny, but everyone on the team was so committed to seeing it through that we had to be continually innovating.

2. Invest in the latest technology. Technology is a big part of what we do. From the way we film to editing, sound engineering and post-production, technology is one of the foundations of how we tell stories. Look at 4K and 8K cinema cameras, visual effects, sound effects, 3D, powerful animations – and all the new LED wall production capabilities that we have access to, which will eliminate greenscreen in the long run. We are in the business of visual storytelling and it’s important to keep updating our tool kit with the latest technology that will enable us to increase the production quality, lower long-term costs and, ultimately, offer a more impactful viewer experience.

3. There will always be someone cheaper. I never refuse to quote for a project. If someone wants something filmed and has a vision, I’m there to support them. But, just like in any profession, there will always be alternatives and people willing to do work for cheaper – and that’s OK. This market is big enough for everyone to survive, and while some people may choose to work with freelancers who shoot on their iPhone, there are others who prefer to work with directors and crew, who bring a whole new dimension into play.

4. Things will go wrong – that’s the nature of our business. There is a saying that I love: “If you fail to plan, you are planning to fail.” The irony, however, is that no matter how much you plan, something will always go wrong. Sometimes the talent falls ill, it’ll start raining, the equipment won’t work, or some other unexpected occurrence will happen. The important thing is to take it in your stride and, even if you’re panicking inside, never let your cast or crew see it.

The director is the captain, and it is important to always be in control and inspire confidence in others. There is always a solution, so don’t panic when things go awry.

5. Collaborate with your peers. When I was starting out, there were times when I needed advice or equipment that I couldn’t afford, and I remember reaching out to different UAE Facebook groups and digital studios for support. The response was beyond what I could have hoped for and I realised that the filmmaking and directing community in the UAE is a relatively small and close-knit community, which thrives in extending support and collaborating. There is a strong sense of solidarity, and while we are a competitive bunch, it’s more on the creativity front, rather than any other motivation. We challenge each other to be better and to always keep pushing the boundaries.