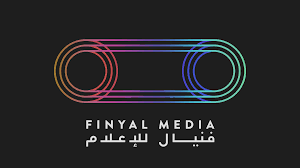 Finyal Media, a regional podcast network that focuses on storytelling podcasts to cater to young Arabs across MENA, has announced the appointment of markettiers MENA as its communications consultancy as it looks to strengthen its presence in the region.

Born in 2019, Finyal Media is the brain-child of Mshari Alonaizy, Majid Al Qassimi and Leila Hamadeh, and it was created based on the belief that there was a gap in the market to create engaging, relatable content to connect with the younger generation. As specialists in the storytelling podcast space, Finyal Media’s mission is to tell stories that help young people reconnect with the Arab world and their heritage. With a lack of cultural story telling suitable for the younger generation, Finyal Media aims to use podcasts in a way that champions Arab heritage in a modern way that bridges the gap between the old and the new.

To date, the podcast network has produced 10 shows, with the likes of 1,001 Nights that recounts classic Arabian folk tales, which has had over 1.5 million downloads so far. Some of Finyal Media’s other shows include Juha which tells the tales of an old Arab fictional character in a unique and wondrous way and Millennial Mirrors which discusses the conflicts between the cultural norms of the region and the personal needs and aspirations of the younger generation.

The appointment of markettiers to Dubai-based Finyal Media follows markettiers’ MENA’s UAE podcast report, which shows significant appetite for podcasts in the country, with 16% of the nation tuning in. In addition, the research shows that a third of shows are now in Arabic, highlighting that podcasts in local language are starting to win big amongst those looking for regionally specific content. 92% of those listeners trust podcasts more than traditional media and the majority are the younger generation, providing an opportunity for Finyal Media to boost Arabic storytelling across the region.

Commenting on the appointment, Leila Hamadeh Co-Founder and CEO, said: “We’re very excited to work with markettiers and the partnership seemed like a natural fit. Since our inception we have produced over 10 shows and have built up a loyal following among young Arab listeners. We are passionate about growing the podcast landscape in the MENA region and the opportunity this represents for youth especially. Last year we secured $425k in seed funding and we are looking forward to sharing a raft of announcements and developments as we look to grow our offering in the region by communicating to them through the power of audio.”

The appointment will see markettiers support in raising awareness of Finyal Media, as well as announcing their new wave of developments and some exciting announcements that champion podcasts across the Middle East.

Cheryl King, Managing Director of markettiers MENA, commented on this partnership: “We first crossed paths with Finyal Media at the last Middle East Podcast Forum, and quickly realised that we both share the view for a tremendous opportunity for podcast growth in the region – being story telling or brand funded. We’re looking forward to supporting a young and creative brand like Finyal Media especially as audio is our heritage with 25 years of experience.”