By Elias Jabbe, a communications consultant and founder of CaliCreativityCourse.co 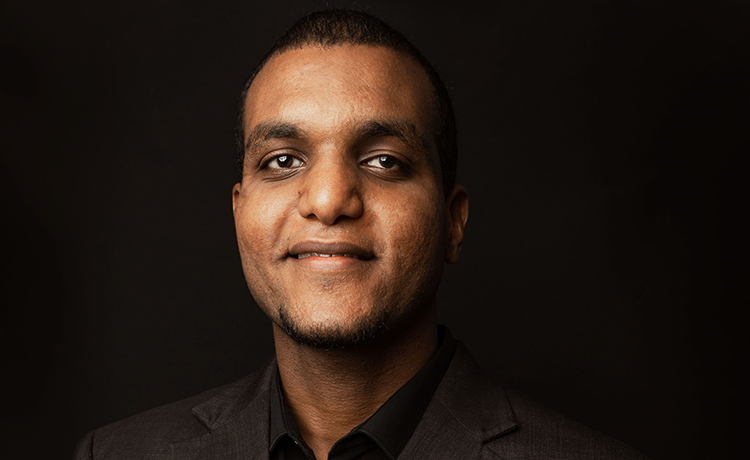 On October 4, 2019 at the Middle East Podcast Forum at Art Jameel’s Jameel Arts Centre alongside Dubai’s Al Jaddaf Waterfront, I witnessed podcasting’s growing importance in MENA as I sat surrounded by nearly 150 audio enthusiasts, including many of my fellow podcast producers.

As I walked through the 10,000-square-metre centre, I kept hearing podcasters speak an Arabic dialect I was familiar with: the Hijazi dialect spoken in the major Western Saudi Arabian cities of Jeddah, Mecca and Medina.

I noted to myself, after enjoying listening to podcasts for over a decade and helping my clients launch their own shows, that I needed to learn more about Saudi Arabia’s podcasting community. For good reason: a new Markettiers report reveals 5.1 million people listen to podcasts regularly in the kingdom.

A Saudi Airlines flight to Riyadh served as a reminder of audio’s popularity in the kingdom. The inflight entertainment system offered audiobooks via the start-up Dhad and the Fnjan podcast, created by Riyadh-based production company Thmanyah.

In Riyadh, I met Thmanyah founder Abdulrahman Abumalih and his colleagues Mazen Al Otaibi and Rawan Al Furaih, who produce podcasts and documentaries together. The trio notably travelled to New York to film a documentary about an American civil rights icon: Malcolm X: The Untold Story From an Arab Perspective.

“At Thmanyah, we endeavour to go above and beyond creating, sharing, and distributing meaningful content to enrich content in the Arab world,” said Abumalih. “We have been architecting a new medium to communicate our thoughts and aspirations to the entire world; we call it left-to-right, or LTR, an independent journal published in English.” His team has paused LTR, however, due to Covid-19, and was set to launch a Saudi Customs podcast focused on economics.

Next, I met Abdulrahman Al Omran, founder of Tiar podcast, PodcastArabic.com and W-Aqol.com, a website that curates popular Saudi phrases.

Al Omran contributes to the podcasting community by hosting a Telegram group, producing Arabic social media content for the Kerning Cultures podcast network and speaking at events such as the Forum.

“Embracing digital transformation is happening at unprecedented levels across the kingdom; one example is the rise of podcasting,” says Al Omran. “I started PodcastArabic.com, a community for podcasters, in 2017. We have created courses and helped up-and-coming podcasters in areas like marketing, technical help, crafting their content and storytelling.”

For generations, Saudi Arabia’s second city Jeddah has been a gateway
for international visitors traveling to Mecca for pilgrimage. The city’s cosmopolitan nature is reflected in podcasts produced in Arabic and English by MSTDFR Publishing Company, such as MSTDFR, Azzbda and Eish BTSWI.

Rami Taibah and Ammar Al Sabban are co-founders of MSTDFR and the Middle East Podcast Forum, and Al Sabban offered his analysis of podcasting’s rise across Saudi Arabia.

“For the past five years, a lot of podcasts have started in Saudi Arabia and we know a lot of them that started in Jeddah,” he says. “However, today we see a lot of shows popping up from around the kingdom.” He adds that a podcast network must have distinct shows in order to build a following. A case in point: Azzbda, hosted by MSTDFR COO Khayra Bundakji, has its own unique style, even though Al Sabban makes guest appearances.

On my Emirates flight back to Dubai, I thought about possibilities for Saudi Arabia, such as live podcast tapings – which are popular in my hometown, Los Angeles – at Art Jameel’s 17,000-square-metre Hayy Creative Hub, opening in Jeddah in 2021. And I experienced déjà vu. I noticed another popular Saudi podcast, Abajora, on the Emirates ICE inflight entertainment system.

After speaking with Abajora’s founder, Riyadh native Lubna Al Khamis, I learned that her partnerships with Emirates and the Misk Foundation’s Media Forum helped her podcast’s reach grow immensely. “The latest statistics illustrate that Abajora is number one in Saudi Arabia in terms of number of listeners (over 7 million) and SoundCloud followers (over 73,000),” said
Al Khamis.