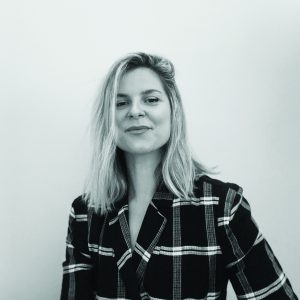 Ah, influencers. Whether you love them or hate them, there’s no denying that they have massive power in bringing brand exposure and awareness to us all. Also, they’re here to stay, it seems, at least for a while.

Influencers have become a major part of everyday marketing strategies because of their loyal online followings. One thing is for sure: influencers have a following for a reason. Their content is appealing to their fan base, and in some instances, they are so trusted and well-liked that followers do what they’re meant to do; they follow them blindly.

That said, the dynamics have changed quite a bit since the start of the pandemic. As an era changed before our very eyes, brands needed to adjust their strategies and tweak their marketing approach.

Some influencers were proactive and played well into the situation’s sensitivity, leading to big rises in followers. By contrast, others were subject to backlash for being tone-deaf to the situation and flaunting lavish lifestyles, ignoring the fact that people were affected in many different ways.

Those that thrived during the pandemic were the ones that grabbed the opportunity to create content in their own homes. Seemingly, the content that drove traffic, earned followers and was a good opportunity for brand partnerships and product placements included DIY, cooking short videos, stay-inside routines, online fitness sessions, lockdown tips and fashion advice.

Brands have started asking influencers to do more with less and industry leaders were looking to use their creativity and crowd-pleasing skills to bring content to life – to make it more genuinely engaging.

At the beginning of the outbreak, I was tasked with working on an online fashion luxury platform. Our objective was to shift the strategy completely and adapt to changes. To do this, we sent influencers fashion items to wear at home, showcase on their platforms and encourage their followers to stay safe in style. The activation was also supported by a branded face mask as a Snap Lens. Live Q&As on social channels were also successful ways to engage with viewers and get brand recognition.

As a result, reach and engagement skyrocketed, as well as awareness and online purchases.

The future of influencers? They’re not going anywhere; however, the credibility of many leaves much to be desired. I strongly recommend watching a documentary on HBO called Fake Famous. Watch it; I know you want to. It’s a very interesting social experiment. I won’t add any spoilers, I will just say that it’s an eye-opener on the world of ‘influencers’.

We’re also witnessing a rise in CGI (computer-generated influencers). I really don’t know how I feel about that. However, they’re said to be the next big thing. A few examples to check out on Instagram are @lilmiquela, who has 3 million followers, @bermudaisbae and @shudu.gram.

It’s a risk-free, controversy-free option as they can be shaped (by brands) into any promotional capacity, which is quite scary as it could lead to jobs being taken from real models and individuals.

On a not-so-different note, it’s interesting to see how Covid-19 played a big role in the rise of TikTok. We saw an exponential wave of young adults as new content creators on an app that was previously very much governed by Gen Z.

The short-form, video-sharing platform morphed into a bonding tool. Creators started getting their family members involved, which I think created an emotional and a human side to TikTok. Viewers felt closer than ever to creators as they were invited into their homes, albeit virtually, and even met their family members.

Reports show that in 2019, millennials barely used the video-sharing channel, with just 3 per cent using it regularly. Early in the coronavirus outbreak, this number went up to 19 per cent.

From the perspective of brands, most of them are still hesitant about venturing into the world of TikTok. For most, it’s not something they’ve ever considered. However, the recent rise in popularity demands the attention of brands wanting to leverage social media interaction. Having a presence on TikTok has now become an essential element of modern marketing strategies. Instagram has noticed and launched its own ‘Reels tool.

On a personal level, when it comes to influencers, my go-to platform is YouTube. I like to call YouTube influencers genuine “content creators” because they put a great deal of time and effort (some taking months of research and hours of editing) into their posts. The result? I don’t think twice about following them and engaging with their content.