This essay by Ajaz Ahmed, CEO of AKQA is an extract of his new book DEFEAT, a collaboration with artist Christian Watson, to be published in January 2020. After 10 years of operation, on January 1, 2020, Hug is proud to become AKQA. 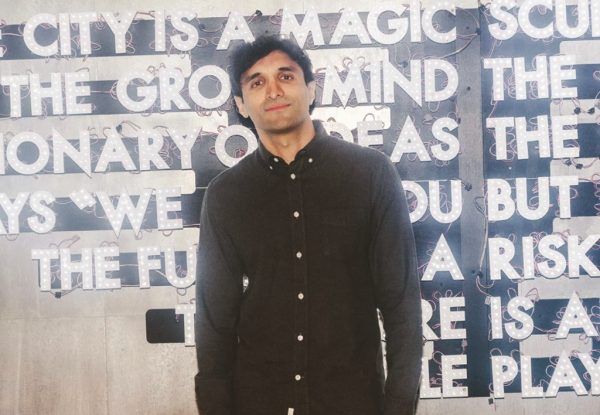 The diffusion of innovations theory that established the still-standard innovation terminology of influencers, early adopters and others dates back to 1962 and the work of sociologist E.M. Rogers. In his first published work on the theory, Rogers warned that innovation wasn’t necessarily beneficial: to displace an established product or service, a disruptive new alternative has to seem better only for long enough to supplant its precursor and become established as the new standard.

More recently, those writing against innovation have pointed out that it garners attention and praise disproportionate to its slender percentage contribution to the overall economy. That skews our understanding of its contribution and implicitly downgrades the essential work of the millions who keep the systems and safeguards of modern civilisation ticking over.

Even the godfather of garage start-up whizz kids, Bill Gates, has gently implied that the little problems neatly addressed by so many of today’s innovators might not be quite so pressing as the messier, bigger ones facing the modern world. Many of those problems are the relics of ideas that, until recently, were considered life-enhancing innovations. The plastics that were going to protect us from filth, disease and decay turn out to have dirtied our world and our bodies for generations
to come. Innovations made in the name of productivity and efficiency in agriculture have created barren soils and removed natural defences against flood and fire. Even ideas that still feel new already contribute to the problems they were conceived to prevent – witness the vast piles of broken and unwanted bicycles created by recently failed bike-share schemes.

Today, when the meme age has vastly accelerated the spread of such trends, and new alerts and enticements constantly vie for our precious attention, we’re all too aware of our susceptibility to newness for newness’s sake. Thanks to what one consumer electronics executive called the ‘digital sashimi’ life cycle of modern electronics, the device that was your pride and joy can swiftly become an embarrassment.

Regardless of all this, a preference for ‘innovation’ is still baked into the language of politics and business; it’s part of how CEOs talk to shareholders, a seeming obligation in a world of rapid refreshes and pressure to keep growing your profits. But for me, simplicity has always been a more useful touchstone. However new and shiny your invention, it’s no good if it doesn’t do what it is supposed to, or if ordinary people can’t figure out how to use it.

‘Innovation’ isn’t the problem – it’s more that, taken in isolation, it isn’t always enough to make an idea part of the solution. We should refine our definition of what makes innovation worth celebrating. For me, the vital qualifier is ‘simplicity’. That’s different from the goal of ‘convenience’, which often means pandering to laziness and stockpiling future complications. Simplicity gives you options in the event of surprise or loss of service, in a way that lasts. If we can create things that honour that idea, we create things that don’t just automate simple tasks but expand horizons.

Innovation should feel like an unplugging from dependency, and a liberation of sorts: something not merely made more convenient, but finally made better sense of, too. Simplicity can also be a key to longevity. That’s not only because something built with no unnecessary complications and minimal moving parts is most likely to be more robust. It’s also because the better and more liberating a tool you provide people with, the more likely they will be to make new uses for that tool, rather than discard it, when changes you didn’t plan for affect their lives and habits. If, after your daydreams have been dragged through the rubble of the real world, you persevere and graft and eventually build something that makes it all worthwhile, the satisfaction is little short of miraculous.

We don’t need to turn back the clock or forgo the new tools we have. We shouldn’t pretend that a chunk of code can’t be as beautiful and practical as any old-school craftwork. Innovation isn’t bad; it just isn’t everything. If we can’t stop reinventing the wheel, we don’t merely risk failing to get any closer to our destination; we’re also in very real danger of forgetting the destination altogether.