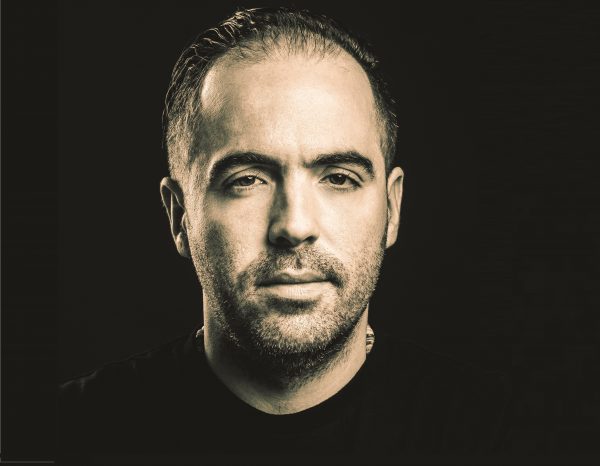 According to the latest advertising forecast produced by Zenith – a leading global media agency that forms part of Publicis Media – global ad expenditure is set to grow about 4.7 per cent in 2019, reaching US$623bn by the end of the year. While this is expected to slow down in the coming years due to global economic challenges, South Asian countries – speciﬁcally China – are still seeing impressive growth.

According to Zenith’s report, China is the world’s second most important advertising market in terms of size, coming in after the USA, which saw $217.97bn in ad spend in 2018, a ﬁgure that’s set to reach $250.04bn by 2021. China’s ad spend was $85.24bn in 2018 and is set to rise to $101.56bn by 2021, continuing to grow an average of 6.8 per cent year-on-year to 2021. From an economic level,  according to an IMF World Economic Outlook report released earlier this year, China’s economy was set to grow 6.2 per cent in 2019, with trade tensions potentially harming its economic outlook in the coming years. Despite that, there’s no denying that China will still play a key role in the advertising industry, from both a technological and an ad-spend standpoint.

China is one of the biggest and most lucrative mobile app and advertising markets in the world, with Chinese audiences predominantly using mobile as their ﬁrst interaction screen. As a result, in recent years China has inevitably attracted advertisers’ interest, with app developers around the globe trying to penetrate the country’s market. According to business intelligence company and analyst ﬁrm App Annie, China is set to see 119.5 billion downloads, with a spend of $62.5bn, keeping the country the number-one market for mobile games. A 2018 iiMedia Research study, meanwhile, estimated that there were 464 million active users of third-party mobile app stores in China in 2018, with that number set to grow to 485 million by 2020.

While China is a potential land of opportunity when it comes to Western advertisers marketing their products to the more than 1.3 billion people there, its publisher and app ecosystems are far more fragmented than other global markets – most of which boast hundreds of apps – making it a more challenging space.

Statcounter recently reported that Android users account for about 70 per cent of Chinese mobile users but, surprisingly, there is no Google Play Store in China, with Chinese Android users needing to source their apps elsewhere. This situation has led to more than 400 Android app stores in China, as well as tedious and high-cost challenges for companies and developers needing to test their apps across all app stores.

According to an October 2019 digital ad revenue report from eMarketer, Alibaba is the leading holding group in China in terms of ad revenue by company (followed by Baidu and Tencent). The company, founded by Jack Ma, recently reported an increase of 40 per cent in revenue and a tripling of proﬁt. This is partially thanks to the creation of its closed ecosystems, such as Fliggy, Alibaba’s online travel agency platform. In a nutshell, what Alibaba oﬀers its consumers through Fliggy is a combination of TripAdvisor, Amazon, booking.com and Skyscanner experiences all bundled together and showcased from one uniﬁed platform powered by an outstanding loyalty rewards programme. Fliggy acts as a travel marketplace where consumers can book hotels, ﬂights and entertainment from one platform, with its sophisticated shopping rewards system being connected to the rest of Alibaba’s holding companies, including Alipay.

Baidu and Tencent are two other massive Chinese companies making waves in the country. The ﬁrst
specialises in search, internet-related services and artiﬁcial intelligence. The second leads the market with its social platform, WeChat, which connects Chinese consumers through a popular messaging, social media and mobile payment app that allows people to make payments via Wepay, among other services.

While all of the above-mentioned businesses may seem like normal digital advertising ecosystems, comparable to Google, Facebook and Amazon, from an advertiser’s perspective they are far from that.
More than 80 per cent of the world’s advertising fraud originates in China, according to research and advisory ﬁrm Gartner, which recently valued the risk of global fraudulent advertising at $22.4bn. Gartner states that lack of veriﬁcation, limited measurement and an unfamiliarity with the concept of brand safety are contributing to China’s fraud problem.

This particular situation means global advertisers are thinking twice before investing their dollars in massive Chinese ecosystems where tracking and measurability aren’t transparent. Most of the analytics and tracking platforms that are available in the rest of the world are not applicable in China, leaving advertisers with the options to track and measure campaigns directly through publishers or choose expensive tracking systems that are not necessarily third-party audited and accredited, like
Admaster or Miaozhen.

But pressure from global advertisers is changing this, with the  Chinese market starting to evolve. In
fact, some global ad-tech companies like The Trade Desk have even been able to combine premium,
measurable and trackable inventory across Tencent, Alibaba and Baidu, giving advertisers the conﬁdence to buy addressable media through global DSPs in China. These initial baby steps should hopefully lead to an advertising market that could gradually become more open and transparent over the next decade.

This, in turn, should allow new ad-tech players to implement best-in-class global advertising standards that give advertisers the chance to take advantage of the many opportunities that China oﬀers.