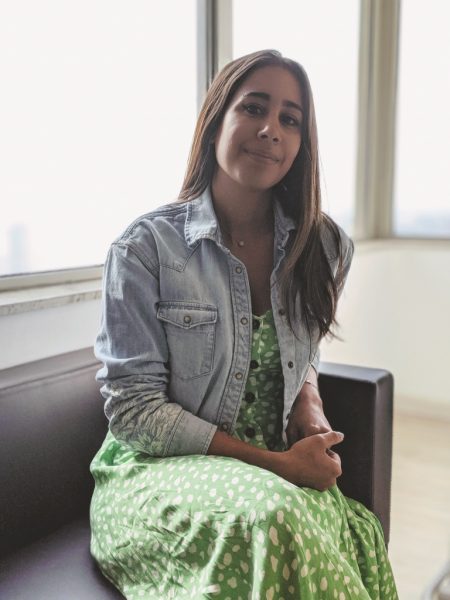 Did you know that the ﬁrst video game ever created was Brown Box? This game connected to your TV set and allowed two users to control cubes that chased each other on a screen. Boy, hasn’t the gaming industry come a long way? Due to the evolution of the digital ecosystem, the gaming industry claims revenue of $134.9bn a year, with one in three individuals identifying as a gamer and representing approximately 2.2 billion players worldwide (according to GamingIndustry.biz).

For all the people who still think gamers are the teenage boys sitting in their parents’ basements playing consoles, that isn’t true any more. With the boom of mobile gaming today, nearly everyone is considered a gamer. Whether you play Call of Duty on a console for six hours a day or Candy Crush on your phone to pass the time, you are still classiﬁed as a gamer.

Online gaming is set to become the next battleground for attention. For instance, in Fortnite’s latest stunt attempt, they turned all their players’ screens into a black hole. No one was able to play the game for hours, and all they could do was watch the black hole. The players sat there and just watched a black hole.

Next thing you know, they were streaming it, and millions of people around the world were watching the players watch this black hole in unison. That is the power of the gaming industry and the depth of attention and engagement one’s mindset adopts while gaming.

Regional online gaming is also rapidly growing as international games are localising, servers are being set up closer to the MENA players to improve their experience, esports are encouraging local player participation and all games are being adapted to mobile as nine out of 10 smartphone users play mobile games in the region (according to Adcolony)

It is now possible to target highly engaged consumers across demographics and psychographics. Therefore, to ride this wave, brands need to be brave and adapt their communications to reach and connect to new, emerging audiences. Some brands venture into this space solely if they deem their industry directly relevant to gaming. This perception leaves marketers with an untapped opportunity due to the tendency of interpreting information in a way that aﬃrms their own prior beliefs, also known as conﬁrmation bias. For those brands that interact with the gaming ecosystem, they have gone down the traditional route of fatigued banner advertisements. The current market approach to online gaming is only scratching the surface, and for us to be able to hone this opportunity, we need to know who the diﬀerent types of gamers are and how can we target them tactically.

Every group is currently represented in the gaming ecosystem and, as advertisers, we need to leverage this dynamic community. To understand how to serve your brand within this community, you need to identify what gamers do when they are not gaming. The current downfall for brands is when the implemented marketing tactics treat players as one pool of like-minded individuals. To know how and where to target your audiences successfully, it is crucial to diﬀerentiate a casual gamer from a hard-core gamer. Both audience segments interact with digital media diﬀerently, ultimately aﬀecting their receptiveness to advertising. Once the audiences are clearly deﬁned, brands can expand their horizons beyond the outdated ads on gaming platforms and move on to content creation, augmented reality, inﬂuencer associations and partnerships with esports competitive leagues.

Nevertheless, some brands made early bets on online gaming and dove headﬁrst into unfamiliar territory and are now reaping the beneﬁts. For instance, Adidas natively showcased its latest kits within the FIFA20 game to boost sales. The Avengers’ latest movie incorporated the Thanos character into the Fortnite game and successfully marketed the ﬁlm to millions before its release. Jeep announced a limited edition 2011 Wrangler called Call of Duty: Black Ops one month ahead of the new game’s launch, which opened doors to the Jeep brand being integrated into the graphics of the game itself and becoming the primary vehicle showcased in the Call of Duty franchise. What all those brands have in common is that they have managed to interweave their brands into the gaming ecosystem through tactically producing intelligent content integration.

Ignoring this booming industry is no longer a choice the industry can aﬀord to make. The MENA region has become the next big market for attracting the gaming business, and revenues are expected to reach $3.2bn by the end of this year. Dubai is also in the process of building the ﬁrst regional esports stadium to encourage competitive gaming. Our youth have an inexplicable hunger for entertainment, and brands must remain relevant to pop culture through building strong associations. Our audiences have also evolved from being functional buyers into being experientialists, and that is what drove the gaming industry into becoming one of the most proﬁtable operating models globally.

Once businesses start diﬀerentiating the types of gamers out there and engage with them contextually to grab their attention, brands will have cracked open this opportunity. So let the games begin.

And Us works with Lush to create self-timing soap

And Us works with Lush to create self-timing soap

New issue out now – read our Faces to Watch issue in print, online and on ISSUU