A view from Ramsey Naja: the content that would be king

Ramsey Naja is the former CCO of JWT MEA, @geminisnake 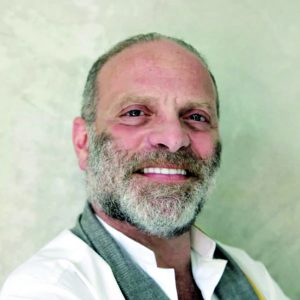 In 1997, in the course of a JWT EMEA meeting in St. Petersburg, the then company CEO, Chris Jones, went up on stage and fired what was a thunderbolt at the time: “We are about content or we are nothing.” Boom. This was not just a statement of intent. It was a speeding, screaming, derailed freight train crashing into an English countryside wedding at full steam, taking down the marquee and scattering the buffet across the manicured lawn. Jaws dropped, pencil tips broke and a great deal of dandruff fell on the floor. Content. The word was laden, treasure-chest-like, with promises of wonder and riches. What was, until then, a term you’d normally associate with a stern-faced customs officer and an instruction to empty your bag thereof, had suddenly become an invitation to break down advertising’s neat format boundaries and ride into the vast territories normally held by Hollywood, or at least The Shopping Channel.

Little did we know, however, that content would actually turn out to be what it is today: the cheap, uncheerful child of greed and expediency, fed on a diet of image libraries, amateur cinematography and borrowed intelligence, dressed in a cloak of respectability that can hardly hide its fraudulent nature. What was supposed to be the future canvas for commercial creativity has, by and large, become nothing more than a collage of existing bits and pieces, a DJ’s remix, rejigged and repurposed to act as temporary fodder that is as forgettable as it is disposable.

There are, without any doubt, monumental pieces of content that will be shared years from now by our grandchildren. From transformative, Titanium Lion-winning pieces such as BMW films all the way to engrossing docu-series and dramas where the brand acts as the producer rather than a protagonist, content often proved it was king, even when, in the case of small but original material, the kingdom was a tiny enclave. Unfortunately, what such pieces represent is the opportunity that content, overall, has managed to miss: what was supposed to be the grand evolution and brave new world for traditional advertising, turned out to be little more than, well, traditional advertising with a new name and less production values – and even less persuasion.

It doesn’t have to be that way. Content is not just a cheap filler for digital spaces, nor is it an excuse for lazy “collaborations”. It is an opportunity for original storytelling, intellectual muscle, entertainment and innovative usefulness. With the vast possibilities that it offers, we still have a choice between being “about content” or being nothing. Sadly, for the time being, we have opted for the latter.