Without trust can we be social?

“It was announced last month that Egypt has created a special security department to monitor Facebook. Yes, Facebook Cops are finally here in the region. It’s easy to envisage a crack unit of internet hard-men, trained in martial arts and aggressive mouse movement, monitoring a bank of plasma TVs wired up to Facebook groups and other online portals.

Reports differ on the purpose of this elite force (though most believe it is to keep internet eyes open for criticism of the government), but its purpose is clear – a suspicion and mistrust of social media. Now, this essay does not plan to raise debate on the political agenda in Egypt or indeed the moral issue of the state monitoring and listening into our online conversations, but it does discuss this issue of trust.

It will come as no surprise to anyone that consumers’ trust in traditional advertising has declined. The industry is no longer the Mad Men of yesteryear. We all now work harder than ever to deliver exciting, memorable and enticing creative campaigns through which to deliver our clients’ brand messages.

Consumers question messages – and more so the source of the content. Our research points to the fact that social networking takes up almost two to three hours of an average GCC youth’s internet time in a day. Consumers are relying more and more on their social networks, rather than the images they see and hear in the media, to verify their choices. This word-of-mouth marketing isn’t new, but it has been re-badged with an IP address.

Golden rules of social media have been discussed many times and what is clear is that a brand needs to win the trust of its online consumers in order for its messages to be passed person-to-person. This is trust gained through a brand behaving online with personality. Listening and entering into multiple two-way conversations that deliver compelling content of benefit for both the brand and the consumer.

Social media is all about wining consumers’ trust, but the bottom line is this is also where true client/agency trust is put to the test. This new kid on the block has clients in the Middle East in a frenzied excitement of untapped opportunity. No RFP is complete without an addendum for Twitter accounts, Facebook groups and blogger engagement. However, recent statistics suggest only 5 per cent of multinationals are willing to hand over the social media function to agencies.

Why is this? Social media can, of course, be a nervous new area for some marketers. More traditional marketing techniques can be controlled. Advertising creative is signed-off and press releases agreed, all managed through an approval process within a certain timeframe. But social media demands fast, often instantaneous response times. The brand needs to talk to its audience quickly, but if social media remains in-house it can become another tag on for already busy marketing managers.

The past two years of tough economic conditions have also led to a large dilution in trust. Previously an agency gained client trust via demonstrating passion and enthusiasm to understand the brand. Dollar investment was made in consumer and competitor research, and time invested in staff brand immersion away days and hot-desking at client sites. This investment was made on a reciprocal basis of trust. Accounts were considered long-term relationships, they would not change hands three months later or campaigns become fragmented into smaller, less financially viable projects distributed across multiple agencies.

We need to be careful to avoid a trust stand-off in the Middle East, with clients unwilling to release ownership of their brand’s online voice to an agency reluctant to invest time and money in understanding a brand which they suspect may only be only temporarily passing through. Without efforts on both sides to re-establish trust within the relationship, brands will miss out on social media opportunities through procrastination and lack of time to action. We only have to look at the standout social media campaign success of the year – Old Spice Man – to see what these opportunities truly are. The campaign, featuring former NFL wide receiver Isaiah Mustafa, was built on Mustafa’s washboard abs and polished comedic sense of timing. Launched through a Super Bowl commercial and series of TV placements, it became an internet hit with a social media blitz that invited questions on manliness for Old Spice Man. This had Twitterer’s chirping, Facebookers liking and forums debating. It is now the number one YouTube channel of all time with 94 million hits.

Wieden & Kennedy’s excellent creative concept hit the right notes in terms of appeal, but it was the trust demonstrated by Procter & Gamble in allowing the agency comparatively free reign to produce and release, in near real-time, 186 personalised video responses, comprising two days of non-stop filming, which played a large part in it becoming an online phenomenon.

We want to bring this trust back into the industry in the Middle East. Social media is about two-way conversations and relationships with real people every single day, and so should the client/agency relationship.” 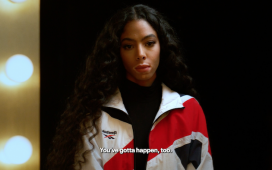 Reebok MENA revives the “Life Is Not a Spectator Sport” campaign 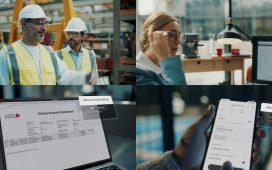 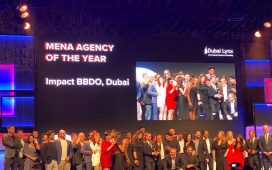 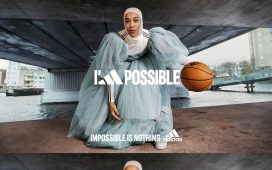 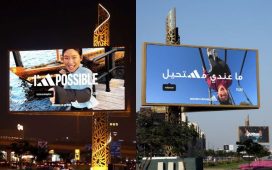 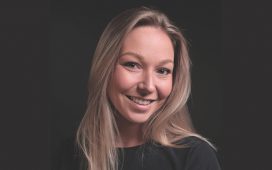 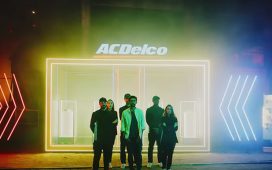 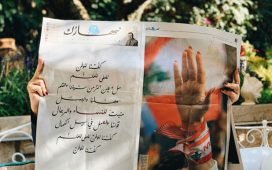 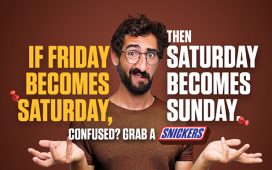