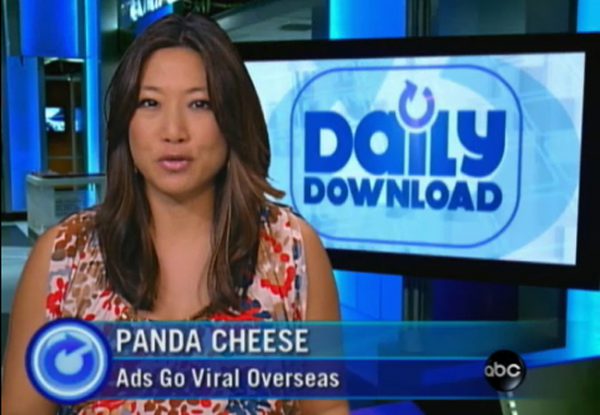 Advantage Marketing & Advertising and Elephant Cairo are back in the spotlight again thanks to their cheeky Panda commercials. Yep, the TVCs appear to have gone viral in a serious way, with one version of the commercial (complete with English subtitles) achieving more than two million hits on YouTube in just five days.

ABC News in the US has already covered the story, while The Guardian featured one version of the Panda TVC on the front page of its digital content blog.

Bizarrely, the ads, which were first released back in May and won Advantage and Elephant Cairo a silver at Cannes, have been interpreted in some quarters as a commentary on current geopolitical realities.

For example, The Atlantic says: “Like so many moments of pop culture cross-overs, the Panda ads are rife with cultural significance. New America Foundation President Steve Clemons mused, ‘There are so many layers of geostrategic humor in this clip. Watch – and just think about it. Not gonna say more at the moment.’ Egyptian blogger The Arabist Issandr El Amrani found the connotations so obvious he could only sigh, ‘A menacing Chinese Panda forcing consumption, a metaphor for the way the US likes to force things down Arab throats, etc’.”

And there I was thinking it was about cheese.

Digital transformation: The 5 steps to success – by Nader Bitar