Web 3.0 – the power shift, by The TechVantage’s Gagan Uppal

The future of internet advertising will be user-controlled and blockchain-driven, writes The TechVantage’s Gagan Uppal. 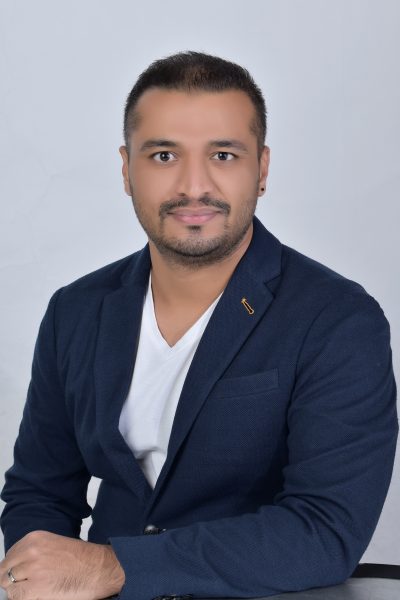 There is a shared common belief that data is now the world’s most valuable currency. Tech entrepreneurs turn their noses up at the bottom line in favour of user acquisition, whilst companies like Amazon, Groupon and Rakuten have revelled in data collection, storage, processing and the analysis of personal information of millions of customers. They use that data to formulate and optimise algorithms that market to consumers, encourage purchasing and conveniently disguise it as a ‘customer-centric’ approach, which drives user engagement.

The concept of user engagement first reared its head at the advent of Web 2.0, when the business model relied on users to create fresh content and, by happenstance, personal profile data to be sold to third parties for marketing purposes. New-age social media platforms like YouTube, Snapchat and now TikTok are focusing on Gen Z to not only consume but to generate hours of original content, thereby fuelling this data-driven ecosystem. New-age celebrities end up influencing large audiences, further multiplying consumption and monetisation of their follower base. Consequently, the internet has become a massive app store, dominated by walled gardens, where every ad tech company is trying to build an audience, collect data and monetise that data through targeted advertising. The centralisation and exploitation of data, and the use of it without users’ consent, is at the core of Web 2.0’s model.

“If you’re not paying for it, you are the product”

Data has become a major priority for businesses of all sizes. Collecting user data allows brands to store and analyse important information about existing and potential customers, ensuring they can target and remarket to them in perpetuity. Quality of data dictates how personalised a marketer’s message, product promotion or pricing can be, based on the target user’s profile, resulting in enhanced engagement and ROI.

In response to this, users are demanding greater privacy — including transparency, choice and control over how their data is used — and its clear the web ecosystem needs to evolve to meet these increasing demands. Regulatory bodies and governments have intervened to draft strict data privacy laws such as GDPR, CCPA and EPR. As a result of these data privacy regulations, in January 2020 Google announced its plans to phase out support for third-party cookies in its web browser Chrome within two years. Fast-forward to June 2020 and Apple announced its own new privacy measures with iOS 14 by launching IDFA, which sees developers required to ask users for permission to gather data and track them across mobile apps and websites.

The rise of technologies such as distributed ledgers and storage on the blockchain will allow for data decentralisation and create a transparent and secure environment, overtaking Web 2.0 centralisation and leading to user-controlled internet Web 3.0. Marketing has changed a lot in the past decade, but it is about to go through another revolution – thanks in large part to the blockchain. Whilst digital marketing continues to be associated with AI and analytics, blockchain may be the most disruptive technology yet to hit marketers in every industry. Blockchain is already disrupting the digital advertising space as the industry plans to bid farewell to cookies.

Blockchain’s ambition to reinvent the advertising industry centres around creating an open advertising ecosystem that connects advertisers directly to consumers and their devices. Not only will consumers be able to reclaim control of their privacy, personal data and web browsing experience, they will also be rewarded for it. Rewarded for viewing ads, consuming content and watching TikToks, and treated like participants rather than products. It may possibly be the only industry where the final product is what kickstarts the entire supply chain.

The empowerment of the consumer is one of the most significant implications of decentralisation, and blockchain technology is in the area of data ownership and compensation. Blockchain guarantees data authenticity and transparency due to its distributed ledger approach, whilst also reducing the cost of the transaction and assuring security and user anonymity.

Better audience targeting: Advertisers will have the potential to create customer profiles directly by encouraging customers to participate with consent and a vested interest.

Fake news eradication: Blockchain technology will see the back of fake news, as the meritocracy of editorial content rises once again. Validity and trackability of content won’t allow for grey areas, and users will have to regain control over their media choices.

No middle man: Blockchain could take some of the intermediaries like ad exchanges and search engines out of the picture. It will enable brands to incentivise audiences by eliminating the media buying process.

Enhancing transparency:  Digital ledger technology offers 100 per cent transparency across the media supply chain. Buying and selling of media from publishers to advertisers will become transparent, and the end-user will also commercially benefit.