FP7 McCann Dubai ranked as the top creative agency with five campaigns ranked in the top 100 including three in the top ten. 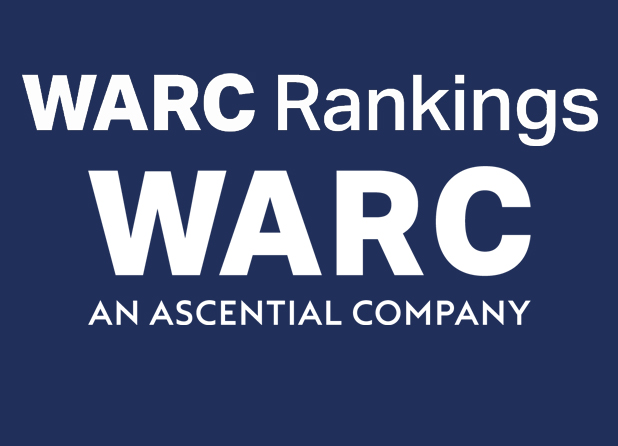 The final WARC Ranking, Effective 100, the ultimate independent global benchmark of the world’s most awarded campaigns and companies for effectiveness, is now announced. From the region, FP7 McCann Dubai ranked as the top creative agency.

Compiled by WARC, the international marketing insights company, the Effective 100 Ranking is produced by combining the results of the industry’s most important effectiveness award shows around the world throughout 2021, and acts as a benchmark for excellence in effectiveness, allowing marketers to compare their performance with that of their peers.

The awards tracked are determined by a worldwide industry survey and in consultation with the WARC Rankings Advisory Board.

Sportswear brand Nike celebrated its 30th anniversary of the Just Do It campaign by refreshing its original sense of rebellious self-belief. Starting with a tweet from Colin Kaepernick, it showed how athletes today were using that same spirit to move sport forward, and the world with it.

In second place is A Dad’s Job by FP7 McCann Dubai and Initiative Cairo for Home Centre. The furniture retailer tackled the taboo topic of single mothers to create impact with its Father’s Day campaign in the United Arab Emirates. In third place is Meddle in the New Zealand Election by Special Auckland for Every Kiwi Vote Counts. The campaign harnessed the power of social networks to mobilise overseas New Zealanders to vote in the country’s 2020 election. 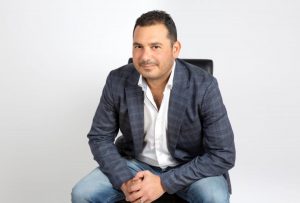 Tarek Miknas, CEO, FP7McCann MENAT, said: “Nothing pleases me more than FP7McCann winning for creative effectiveness. As a commercial art, by definition, we need to deliver on both Creativity and Effectiveness or we are not doing our job. There is no greater honour than to be recognized for both. I thank our brave partners and our incredible agency talents that together made this come to fruition.”

Zenith Bogotá is up from #36 last year to claim pole position. PHD Auckland, last ranked #34 in 2019, is now in second place globally. PHD New York is up from its previous position of #43 in 2021 to claim third place.

Having worked on the top campaign Crazy Dreams, Publicis Sapient Seattle is in first place. Edelman New York takes second position having last been ranked #7 in 2020. Newcomer to the Rankings is InHype Dubai, straight in at #3.

For the fourth consecutive year, McCann Worldgroup retains its #1 ranking as the most effective network. Eight creative and digital/specialist agencies in the top 50 contributed to its total points, including FP7 McCann Dubai and McCann Manchester which ranked #1 and #8 in the creative agency list.

Suzanne Powers, Global President & Chief Strategy Officer, McCann Worldgroup, said: “It’s incredible to see, once again, our teams’ passion, smarts and ingenuity as they drive the most impactful work in the world in partnership with our clients. We are so proud of all of them and honored by this recognition”

Climbing up the network ranking is Ogilvy, up from #4 in 2021 to claim second place. BBDO Worldwide is in third place.

WPP is ranked #1 for a fourth consecutive year. Omnicom Group remains in second place, a position held since 2019. Interpublic Group is in third place for six years in a row.

Mark Read, CEO, WPP, said: “The real success of great ideas lies within the results they produce. Our strong agency representation across the three rankings – including MediaCom NY named top media agency, Ogilvy and Mindshare coming first creative and media networks respectively, and WPP topping the media and effectiveness holding company rankings – is testament to the hard work of our amazing teams who are delivering the tangible outcomes that our clients demand.”

Fast-food chain McDonald’s is the most effective brand for the third consecutive year, with two campaigns ranked in the top Effective 100 for two markets – US and New Zealand. Burger King, up from #6 last year, now takes second place. KFC is third place, down from #2 last year.

Morgan Flatley, Global Chief Marketing Officer, McDonald’s, said: “We are beyond excited to be ranked as #1 most effective brand in the world by WARC. Receiving this recognition for the third year in a row is especially meaningful, as it underscores our relentless effort to deliver effective marketing, powered by brave creative choices and underpinned with genuine human insight. At McDonald’s, our marketing community is focused on delivering “Feel-Good Moments” to our fans in a way that builds both our Brand and our business. I’m proud to work alongside a team of world-class marketers and agency partners that show creative courage, every day and are focused on building deeper and more meaningful connections with our customers. This is an important recognition of all of their hard work.”

Following its success as #1 advertiser in the Creative 100, the brewing giant AB InBev also now takes top position as the most effective advertiser, rising up from seventh position last year. Unilever is ranked #2, and Restaurant Brands International climbs to third, up from #17 last year.

Pedro Earp, Chief Marketing Officer, AB InBev, said: “We are honoured to be recognized as number one in both creativity and effectiveness. Anyone can have ambition but systemizing it throughout an organization on a global scale requires more than just ambition. It requires a change in culture, supported by a system of processes, tools and capabilities, along with an ecosystem of strong creative partners, in order to pull it off. I’m proud of what our team has accomplished by addressing real consumer and customer needs and delivering strong business results.”

USA retains its place as the most awarded market in the world for effectiveness, a position held since the introduction of the WARC Effective 100. China and India remain second and third respectively, the same positions held for the past two years.

The top ten most highly ranked campaigns and companies in the 2022 WARC Effective 100 are:

The WARC Effective 100 has been compiled by applying a rigorous, unbiased and transparent methodology.

The WARC Effective 100 is part of a suite of Rankings, which includes the WARC Creative 100and the WARC Media 100 announced earlier this week.