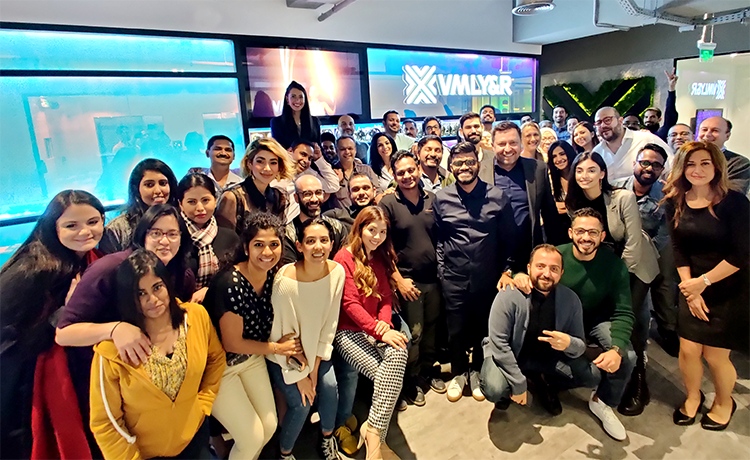 VMLY&R Dubai has been named the Middle East and Africa’s regional best agency of the past 10 years in Cannes Lions’ first Lions Creativity Report of the Decade.

The award goes to the agency that has performed best across the festival’s annual agency rankings over the last 10 years.

VMLY&R (previously Y&R until it merged with WPP sister agency VML in 2018) has produced Cannes Lions-winning work over the past 10 years for clients including the Interreligious Council of Bosnia and Herzegovina, with whom it created One Book for Peace and One Poster for Peace, which won Gold in 2017 and 2018. This work helped to show Christians and Muslims that there is more they have in common than that which divides them.

Speaking  about the award Kalpesh Patankar, CCO of  VMLY&R MENA, said: “Our big learning of the decade is  that no matter where you work, you have to be willing to break the rules. I’m very grateful to all of the people who have brought us this far and contributed passionately to our story. In the next decade I hope we can write a story that is even bigger and bolder.”

Georges Barsoum, CEO of VMLY&R MENA, said: “This couldn’t have happened without wonderful clients who believed in our ‘connected brands’ philosophy, whereby great storytelling is empowered by technology to create brands that not only live in people’s culture but rather bend it to create impact. Thank you Cannes Lions for being such an inspiring platform that pushes the bar higher and higher.”

WPP was named the best holding company in the rankings. The business, which has its headquarters in the UK and owns the Grey, Ogilvy, VMLY&R and Wunderman Thompson networks, was named Holding Company of the Year at seven straight Cannes Lions from 2011 to 2017, although it was surpassed at the last two events by US rival Omnicom, which finished second over the decade, following by third-placed Interpublic.

While Omnicom missed out on the holding company accolade, it made up for this with the success of BBDO, which was not only named Network of the Decade, but also saw its shop in São Paulo, Almap BBDO, named Agency of Decade, as well as regional champion for Latin America.

Luiz Sanches, partner/chairman and chief creative officer at Almap BBDO, said: “At Almap BBDO, we have a simple idea, a simple insight: to keep doing good work, great work, the best work. Winning the Lions Agency of the Decade is proof that we continually keep our ethos alive. It’s a huge honour. Thank you to everyone inside the agency and to all of our creative partners.”

The UK’s Abbott Mead Vickers BBDO finished second in Europe, after Adam & Eve/DDB, while Colenso BBDO Auckland and Clemenger BBDO Melbourne were the top two agencies in the Pacific region.

Ogilvy finished second in Network of the Decade, followed by DDB.

There was also recognition for Procter & Gamble, named Brand Marketer of the Decade, after racking up seven Grands Prix, two Titanium, 49 gold, 77 silver and 100 bronze Lions across its portfolio.

Chief brand officer Marc Pritchard said: “It’s as important now as ever to continue to use our voice and creativity to be a force for good, a force for growth and a force for change. On behalf of all of our P&G brand-builders and creative partners, P&G is so humbled and honoured to be recognised as the Lions Brand Marketer of the Decade.”