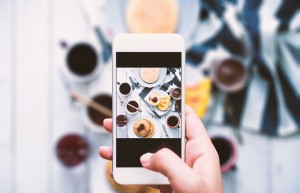 To inform business decisions about the allocation of budgets to invest on behalf of brands in media and communication, decision makers require facts about their target audiences: where they can be reached and how receptive they are to receiving branded messages.

In order to satisfy this need, for many years firms such as Ipsos have carved out a business providing estimates for audiences by media mapped to demographics, to allow decision makers to plan ahead and determine which vehicles to invest in to achieve their business goals.

The techniques and methodologies deployed can trace their roots back to the 1930s. The London Press Exchange, an early advertising agency later acquired by Leo Burnett, began large-scale surveys to assess media consumption. In parallel an organisation aptly named Mass Observation was established to help policy decision makers understand public sentiment towards important changes in society. Investigators were paid to anonymously record people’s conversation and behaviour at work, on the street and at various public meetings, sporting and religious events. Even at this time, concerns about privacy were raised; we have similar debates today.

As time has progressed, our ability to observe en masse has increased greatly with access to new technologies. This means we now have many tools we can deploy that enable us to measure how people consume media any time, anywhere. Those of us in the measurement business are consistently debating the merits of claimed behaviours and attitudes (those recorded in surveys or diaries) versus those measured electronically. As with most things there are pros and cons to the different methodologies, most importantly when aiming for what the industry terms ‘single-source data’. This is a full 360-degree understanding of each person and the multiple media touchpoints they encounter every day. Increasingly, with the fragmentation of media and the access we have via smart devices, it becomes less reliable to use claimed techniques and the logical step is to look for measurement systems that measure 24/7 based on passive metrics and don’t rely on human intervention or recall of behaviours.

Perhaps the device that has provided us with the biggest potential for measurement is the smartphone. With penetration as high as 95 per cent in Saudi Arabia, this device has significant potential as a measurement hub. For some time now we have been deploying research applications to monitor behaviours using a smartphone device across MENA markets

Importantly, smartphone devices come with a number of sensors. These include the camera, the microphone and the touchscreen. Perhaps less obviously they come with light sensors, gyroscopes, proximity sensors, stress monitors, heart-rate monitors and pedometers, all of which in isolation or combination can be
useful tools to monitor behaviours and even emotional response to advertising and communications, passively, without the need to ask survey questions.

In MENA we have already made extensive use of GPS location data from smartphones, which allows us to build up daily travel patterns among those who have our research app installed. This data can be further enriched by data from the magnetometer and accelerometer to allow us to estimate direction and speed of travel. We have mapped this data in the UAE to the data sets we maintain on outdoor advertising campaigns and are able to provide estimates of the audience that have an opportunity to see outdoor campaigns while they are live. We have therefore been able to use this data to estimate audiences for outdoor billboards based on granular audience data collected passively.

Turning to the microphone, this is an important sensor that allows us to detect audio from radio, TV and other media sources that contain an audio stream. For example, video advertising on Facebook and YouTube. Think how the Shazam application works; our application, known as MediaCell, is similar but always on. The principle behind it is that if the video content is audible within certain parameters we can assume the user of the device has had an opportunity to see the video ad or piece of content.

The benefits of using these sensors as measurement mechanisms are they are 100 per cent passive. Once installed, minimal effort is required from the participant to collect the data. We have, in our own research and development, seen advertising have an impact even when consumers are unable to recall seeing an ad, but we know electronically they have been exposed, and we have identified brand lift with this group in some of our studies.

Going forward, smartphone and smart devices offer enormous potential, in particular with the growth of wearable technologies, including smart wrist bands, smart visual equipment and home monitoring solutions. This brings the potential to go significantly beyond measuring behaviours and also measure the emotional response to communications, an area of research often termed as neuroscience.

One application of this is to use a further sensor, the camera, to record and analyse facial expressions in response to stimuli. Ipsos is deploying this technique, known as facial coding, as standard in its advertising pre-testing solutions around the globe. We have found this region is particularly sensitive to this technique from a privacy viewpoint, especially when it is administered remotely. Biometric responses to stimuli such as heart rate and blood pressure have been used in research studies elsewhere

Despite the multiple possibilities presented by technology, it has been challenging to deploy these measurements at scale to satisfy all information needs. It is not one-size-fits-all, unfortunately, for those in the measurement business. With multiple operating systems come challenges with respect to deploying solutions and minimising impact on the user experience of end users. iOS in particular is a difficult platform for extracting data from the sensors on the device for media measurement purposes. Hence we are also looking a big-data sets such as return path data, census level data from video platforms and data accessed via application program interfaces (APIs, which allow the creation of apps) from social networks to enrich the measurement we can provide. Ultimately, by combining intelligently different data sources while being sensitive to the privacy concerns of end users, we can provide accurate assessments of media consumption patterns and responses to advertising.