What AR means for marketers 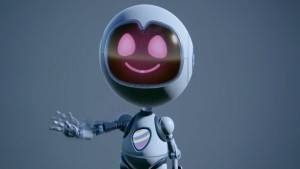 The idea of augmented reality has been around since the 1960s. Since then several types of technologies have built on this idea, but it’s really been science fiction that fleshed out the concept. Sci-fi fans remember the first time they watched Luke see Princess Leia’s blue hologram, or the holographic technology seen in Star Trek. Younger generations are probably more familiar with Tony Stark’s engineering displays in Iron Man.

Whilst AR used to be a thing of sci-fi films, recent hardware and software are making the
once futuristic technology a reality. We can
create the crazy futuristic AR experiences of
tomorrow, today.

Sci-fi talk aside, augmented reality is the experience of virtual elements within the real world through some computer-mediated device such as a smartphone or a head-mounted display.

In 2016 Pokémon Go made AR an overnight star, whilst Snapchat brought some AR fun and functionality. There’s been some great uses of the medium in such things like Telia’s AR employee spokesperson Ailet (pictured below), Microsoft’s holoportation appearance in a Ted talk and a huge installation in Singapore’s ArtScience museum that raises awareness about the environment.

AR has officially arrived, ladies and gentlemen. And the technology is poised to completely change the world of personal computing.

For marketers, the medium is something new to add to the mix. It differs from virtual reality (VR) in the fact that it combines elements of both the virtual and real world, but it’s set to be just as big, if not bigger. Most importantly, AR offers marketers a groundbreaking new way to interact with consumers.

For example, imagine you walk into a Lincoln Car dealership. Yet instead of a sales person greeting you, you’re given a tablet. The tablet shows you a variety of cars inside the showroom, and you select an SUV. Suddenly through the tablet, you see Matthew McConaughey appear out of thin air. He says “Welcome, c’mon let’s show you that SUV.” Immediately, AR Matthew McConaughey starts walking towards the SUV, beckoning you to follow him.

He asks you, “What features interest you the most in the SUV?” You answer by simply speaking into the tablet. AR Mathew then begins to tell more about those features, while highlighting them on the physical car in front of you. He even invites you to change elements like colour and wheels in real-time.

What once sounded like something out of the movies is achievable. For marketers, this means you can have one single brand ambassador engage with as many people as you want, all at the same time and in different places. The possibilities are endless: from customer support popping up in your living room to celebrities reading you bedtime stories, to sports stars working out next to you. It’s all feasible.

Three things you need to know

Technically, the possibilities of AR are both endless and endlessly exciting. Here’s what you should know:

AR requires a few key technologies, including: 3D positional tracking, area learning, and depth sensing. These three building blocks allow devices to understand the world around them, much like humans do, and they are a requirement for next-generation AR systems. Technologies like Google Tango and Microsoft Hololens make use of these technologies.

Lighting and occlusion are hugely important. Any discrepancies between how AR is lit and how our brain thinks it should be lit causes the illusion of augmented reality to break.

Let’s say your living room has a lamp and a window. If it’s during the daytime, then McConaughey should be lit from those two sources so he blends in with real objects. The only problem is that the software rendering McConaughey doesn’t know that.

The technology that allows apps to automatically understand its environment’s lighting is a few years away. This is why fixed installations (e.g. a dealership) are currently easier than an experience in your living room. It would be hard for software developers to program light sources for everyone’s rooms, but it is manageable for a few dealerships.

Occluding AR objects with real world objects is hard. In other words, we shouldn’t be able to see AR Matthew McConaughey if he walks behind a car relative to me. But AR applications can’t do this easily.

Current generation AR attempts to fix this with depth sensors and meshing algorithms. But the results are imprecise and often still ruin the illusion. In installation settings, however, this becomes easier. Because of area learning technology, we know where the cars are, and we could use the 3D CAD models of the vehicles to occlude AR Matthew as he walks around them.

Such challenges that are inherent in AR can be overcome. With smart design choices, you can offer your users a whole new world of interactions. The technology is still very futuristic, but that doesn’t mean it’s impossible. Just like any other tool, it has to be used for the right purposes. And as the technology advances, the number of purposes that AR can be used for will grow.