UAE’s Saturday is the New Friday, a study by Ipsos

Majority of Arab expats and local nationals say Saturday is the new Friday. 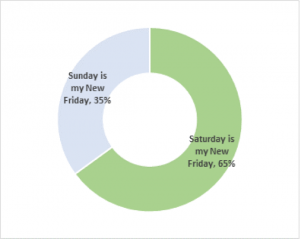 With the official weekend in the UAE shifting from Friday / Saturday to Saturday / Sunday, UAE residents have had to adjust their personal and social activities to a new weekend schedule and a new set of days. Through a study launched by Ipsos in UAE this week, 65% of UAE residents said that Saturday will be their new Friday. 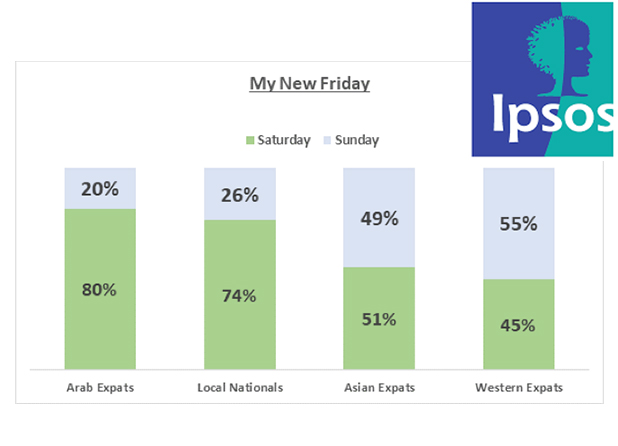 Females were more likely to opt for Saturday as their new Friday, with 7 out of 10 females stating so, compared to males who were less inclined than females towards Saturday with 6 out of 10 stating that they now carry out the same activities they used to do on Fridays, on Saturdays and not on Sundays.

How and when such trends will settle and embed themselves within our society, remains to be up for debate. The change of weekend has only been in place for 4 weeks so far, and as such, we do expect behaviours and patterns to readapt with time. From our end, we promise to run this again soon and monitor these new trends.

Have a nice weekend.