This new coalition of partners will focus on broadening the representation of women and men in non-traditional roles in media and advertising. 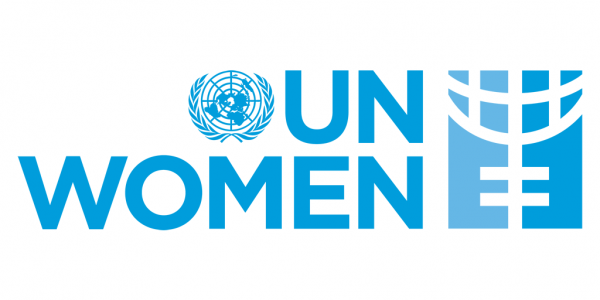 Convened by UN Women, the United Nations Entity for Gender Equality and Women’s Empowerment, the Unstereotype Alliance launches its UAE National Chapter with a coalition of partners committed to tackling harmful stereotypes of women and men in media and advertising. The UAE National Chapter will focus its work on broadening the representation of women and men in non-traditional roles.

The Unstereotype Alliance, a thought and action platform that seeks to eradicate harmful gender-based stereotypes in all media and advertising content, launches its UAE National Chapter with a core group of seven national and global companies – Etihad Aviation Group, Facebook, Google, LinkedIn, Omnicom Media Group, Snap Inc. and Unilever – alongside the Advertising Business Group as the UAE’s leading advertising industry association, and the Dubai Lynx, the premier festival of creativity in the Middle East and North Africa region. The partners have come together to empower women in all their diversity to help create a gender-equal world.

The UAE National Chapter represents the first outpost of this global UN Women initiative in the Middle East region, and the sixth National Chapter of the Unstereotype Alliance, following those in Brazil, Japan, South Africa, Turkey, and the United Kingdom.

Recent research conducted by the Advertising Business Group and Zayed University concluded that the majority of television ads in the Gulf region continue to perpetuate traditional gender stereotypes and do not realistically portray the increasingly progressive role of women in the region. Eighty-five per cent of those polled in this study believe that it is the responsibility of brands to depict women and men positively.

H.E. Noura Al Suwaidi, Director-General of the General Women’s Union, the UAE’s leading entity dedicated to women’s empowerment, offered her enthusiastic support, “The UAE and the General Women’s Union are proud to support the launch of the UAE National Chapter of the Unstereotype Alliance. As the first country in the Middle East region and the sixth country in the world to host this initiative convened by UN Women, we are honoured to be able to contribute our national best practices to ensure that women are empowered in all aspects of life to achieve their full potential.”

“UN Women is thrilled that the UAE is the first country in the Middle East region to establish a National Chapter of the Unstereotype Alliance. This speaks to the commitment and progress that the UAE has made on the women’s empowerment agenda, both in setting high standards of women’s inclusion and leadership in both the public and private sector. I have no doubt that this alliance of committed partners will create positive change in the media and advertising industry here in the UAE and contribute to creating a more gender-equal world.”

“As founding members of the UAE Unstereotype Alliance, the ABG & Unilever are committed to using the voice, reach and influence of advertising to empower women and break stereotypes.”

“Dubai Lynx is delighted to join as a founding ally in the UAE National Chapter of the Unstereotype Alliance. Having witnessed first-hand the power and strength of the MENA region’s creativity in recent months, it is imperative to continue to support one another and strive for a community that reflects inclusivity and equality. I look forward to celebrating work in the coming future that consciously represents both the men and women working in MENA’s advertising and media industry.”

“Challenging and breaking down outdated gender-based stereotypes is key to empowering women and having a more inclusive society as a whole. At Etihad, we have always championed women in diverse roles and created opportunities for advancement, and we’re happy to continue this tradition by partnering with the Unstereotype Alliance to influence positive behaviour change in the UAE.”

“As a signatory to the Women’s Empowerment Principles, Facebook is resolutely committed to both embodying and calling for complete gender equality, putting in place principles and values that empower current women in the workplace and inspire millions more from future generations. The launch of the Unstereotype Alliance in the UAE is a critical one, with the role of institutions such as ours to work together, across public and private sectors, to ensure that gender equality, and the steps needed to achieve it in the region, are always front and centre. I am incredibly optimistic as to what we can achieve together.”

“We’re pleased to be part of the Unstereotype Alliance in the UAE. Diversity and inclusion are core values at Google and we have an equal role to play internally within our culture and employees, as well as across our products, our users and partners. The advertising and media industry can have a significant impact on shaping perceptions and breaking gender stereotypes and bias.  I’m hopeful that with the right initiatives, progress in gender parity can be achieved in the UAE and broader region.”

“The Unstereotype Alliance is an important initiative aligned with LinkedIn’s vision to create economic opportunity for every member of the global workforce, and we are extremely proud to be founding members. It has never been more important for media and advertising to reflect the true diversity of our region and we look forward playing our part in leading change on this issue.”

“Since our inception, Omnicom Media Group MENA has been committed to diversity, we have always striven to be a Great Place to Work for ALL talent. In 2017, we launched the UAE Chapter of Omniwomen, an internal initiative that focuses on leadership and mentorship for women, through workshops, thought-leadership and group discussions. Today, we are proud to be a founding member of the Unstereotype Alliance in the UAE, bringing the global perspective and best practices to this region. We believe this will help us and other companies deliver on our pledge to turn the conversation into actionable change. There is a long way to go in achieving gender equality in the Middle East – especially in business – but we are beginning to see noticeable attitude shift.”

“Really understanding and addressing the issues around representation of women in the media takes an ongoing effort. As a company that champions personal self-expression and also curates media content seen by millions of people every day, Snap can bring a unique perspective to the Unstereotype Alliance. Together with Alliance partners, we look forward to advancing gender inclusion by tackling harmful stereotypes in the advertising and media sector.”