Sources say it was always WPP's intention that Grey and AKQA brands would co-exist for a time. 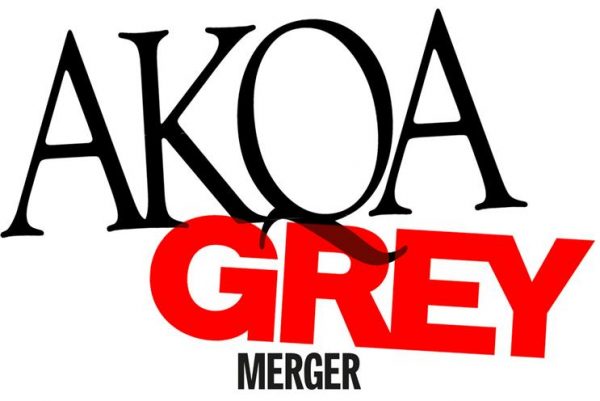 WPP has insisted it will keep the Grey brand “for some time”, two days after announcing that it is merging the 103-year-old creative agency with sister digital shop AKQA to form AKQA Group.

Mark Read, the chief executive of WPP, said the holding company remains committed to the Grey brand after the merger – in response to some media coverage that suggested that the agency’s name was being retired or killed off immediately.

Sources close to the merger played down the idea that WPP is changing its tone.

They maintained it was always WPP’s intention that the Grey and AKQA brands would co-exist for a time after the internal merger and the combined group has been called AKQA Group, rather than just AKQA, to reflect that.

They added that Grey could continue to operate for some clients in selected markets for several years and the merger itself will be gradual.

The Grey brand, one of the oldest in advertising, is known to be important to some clients.

WPP said on the day of the merger announcement (11 November) that a number of leading clients were supportive of the plan to bring together Grey and AKQA to create a 6,000-strong agency group that combined creative and technology capabilities.

However, there is speculation that at least one Grey client has raised some concern.

WPP also signalled it was unhappy about some media coverage. One publication used a gravestone as an illustration of what was happening to Grey.

Read said: “Contrary to some reports, the Grey brand has not been retired. We created the AKQA Group so that we could bring the two companies together in the right way over time.

“It launches with both the AKQA and Grey brands which continue to serve their clients worldwide based on their needs. For some clients and markets the Grey brand will remain for some time.”

Sources close to the merger pointed out Grey has other subsidiary brands, including healthcare agency Tank in Canada and mobile studio ArcTouch, which could hypothetically continue to operate as brands within AKQA Group in future.

Campaign broke the news of the AKQA-Grey merger. Our story said the creation of AKQA Group “means the end of the Grey brand” and it would “be dropped” but the two agency brands were expected “to co-exist for some time”.

When WPP announced the merger, it said: “The AKQA Group will launch with the AKQA and Grey brands, which will be integrated over time into a single company based on client and market needs.

“The management team and creative leadership will be announced in the coming weeks, comprising leaders from AKQA and Grey.”

WPP has said there is a complementary fit between the two agencies in terms of clients, capabilities and people and pointed to previous, “successful” internal mergers such as Wunderman and JWT to create Wunderman Thompson and VML and Y&R to create VML&YR.

In both cases, the older agency brand – J Walter Thompson and Young & Rubicam – was included in the name of the new merged entity.

But in the case of AKQA Group, “we felt it was better to have a singular name”, Read said.

When rumours of an AKQA-Grey merger were first mooted in 2018, industry observers joked about creating “Grey-KQA”.

Clients of the combined group will include Nike, Procter & Gamble and Volvo.