Twitter ad revenue down 23 per cent despite boom in users 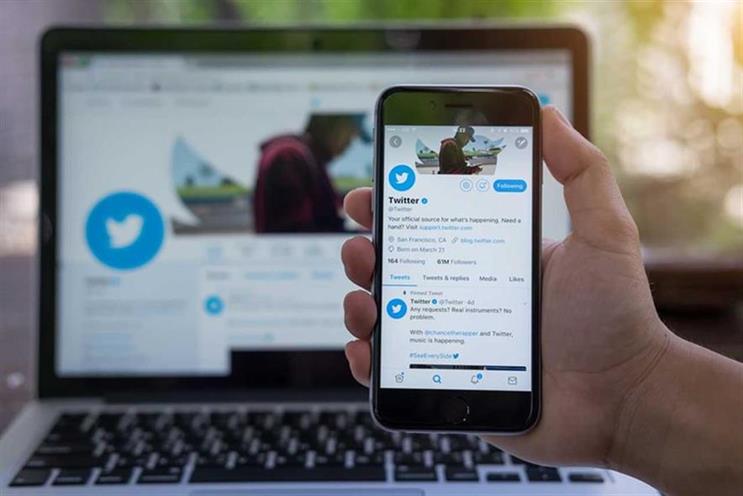 Twitter could not escape the impact of the coronavirus pandemic on the global advertising market, despite significant growth in active users in the second quarter of 2020.

The social-media company reported advertising revenues of $562m (£443m), from April to June, down 23% on the same period in 2019. Total revenues fell 19% to $683m, with non-advertising income, including data licensing, up slightly.

Twitter said that after advertising demand fell sharply in mid-March as countries across the world went into lockdown, it has since recovered gradually, but there was a second hit from late May to mid-June in response to unrest in the US following the killing of George Floyd by Minnesota police.

Twitter’s monetisable daily active users (MDAU), its key metric, which indicates the numbers of real users exposed to advertising per day, grew strongly. Worldwide, the total reached 186 million, up a third year on year, and up 12% on the first quarter of this year. Outside the US, Twitter grew MDAU by 36% year on year to 150 million.

Twitter chief executive Jack Dorsey said the user numbers showed that “our product work is paying off, with tremendous growth in audience and engagement”.

Dorsey also addressed the recent cyber attack, during which the accounts of high-profile figures, including Joe Biden and Jeff Bezos, were hacked in order to post about a Bitcoin scam.

He said: “We moved quickly to address what happened and have taken additional steps to improve resiliency against targeted social engineering attempts, implemented numerous safeguards to improve the security of our internal systems and are working with law enforcement.”

Amie Lever, head of paid social at MediaCom UK, said it was not surprising to see Twitter’s revenue suffering.

“As a platform that thrives on event-driven conversation and buzz, brand reputation challenges combined with the unprecedented cancellations and postponement of many events will have had an impact,” she said.

“Yet Twitter’s efforts during lockdown should not be discredited. It helped increase the collective visibility of verified health resources for users and placed an emphasis on healthy public conversation during a period where Covid-19 misinformation was heightened.

“What’s more, with brand reputation a priority for all advertisers, and the public pushing platforms and brands to do better, Twitter’s position on banning political ads last November has had new-found impact, especially as other platforms face growing scrutiny from advertisers.”

Lever suggested that ecommerce should now form a greater plank of Twitter’s strategy. “As consumers’ purchasing habits shift and people become more comfortable than ever at completing purchases of all sizes online, Twitter will need to claw back on missed revenue opportunities in this area. Snapchat, Facebook and Instagram all offer users complete, end-to-end shopping experiences within apps, and Twitter needs to have its own answer to this.”

Earlier this month Twitter posted a job ad for a software engineer to work on an as yet unspecified subscription platform, leading to speculation the business could be trying to diversify its revenue away from advertising.

Asked on an analyst call about the potential for a subscription service, Dorsey said the company had “a really high bar for when we would ask consumers to pay for aspects of Twitter” but confirmed it saw subscriptions as an opportunity.