Is TV really dead and is video (now) king? 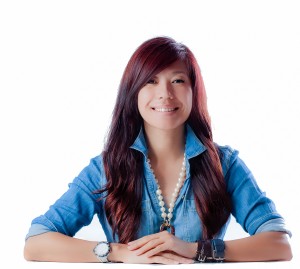 Serviceplan Middle East’s Natividad-Bonifacio reflects on learnings from the second edition of Initiative Talks, hosted in Dubai on 25 September.

When we got an invitation a couple of weeks ago, to join the discussion on ‘Video is King’ at the second Initiative Talks event, we jumped at the opportunity. Why not? The invitation was just too controversial to ignore; we thought it best to clue ourselves in on the prevailing dialogue. Especially where the panel topic read ‘Finding the Right Video Equation’, and the names Google, Yahoo, MBC, and Dubai Media Inc. were thrown into the equation, we had high hopes of walking away with a list of our lingering questions finally answered.

But were they? Were the questions eventually addressed and the lingering feeling finally replaced with resigned acquiescence?

Well, let’s start with a quick review. The topic? It was meant to settle the all-important issue on the blurry demarcation line between the merits of scheduled broadcast versus video on demand. The panellists? We saw the heavyweights – the likes of Google’s Alfonso deGaetano, MBC’s Abe Naga, Yahoo’s Hussein Freijeh; and Dubai Media Inc’s Heba AlSamt. The verdict? Plausibly convincing and yes, a little entertaining, but definitely not heated enough (as one of the spectators later commented) that chairs were flying across the stage.

Innuendos aside, the panel discussion somehow delivered a perceptible mixture of chewable facts and instinctive viewpoints that left the audience hankering for more.

“TV is merely evolving, it is not dying. It is all about content creation and curation, not about technology,” quipped MBC’s Naga in support of DMI’s AlSamt. AlSamt on her part was quick on her heels to respond to the first question, “Is TV phased out?“

Not really, she contended, adding: “TV and online complement each other. It’s shifting, but it’s in parallel.”

Google’s deGaetano, however, underlined that online is fast defining if not changing the pace of broadcast, with technology ushering convenience in content consumption. “We have 400m views a day in a region with 100m people online. Clearly, we’re consuming,” he contended.

Do consumers care about the source?

Yahoo’s Freijeh, on the other hand, offered a different perspective altogether. He observed, “We’re going to get exhausted if we try to label everything. Offline, TV etc. Consumers don’t care. Why should we?“ And if we understood his point succinctly, he underlined that content, viewers, and screens should actually be streamlined into ‘content on more screens’.

He went on to make just about the only point in the discussion where we had some semblance of a compelling takeaway: “Content creation is not evolving as fast as technology. Broadcasters still do not know how to complement online with offline.”

“Produce what your audience want to enjoy, then put it out there. You have to get it in front of them,” he underlined. And by this, he meant sufficient and balanced content across multiple screens – TV included, of course.

deGaetano couldn’t agree more. He said, “We’re going to see screens everywhere, they’re cheap. So we have to keep up (in producing more content at the pace screens are developing).”

Indeed, for us, the new trend of wearable screens could only underline this pressing need for more structured content – content that is relevant across all channels. Which is why we firmly agree with Naga’s challenge: “Not content on the web alone, but trends that could live across all screens.”

“A family watching TV together at the same time as thousands of other homes, could be interacting online while on TV,” he said. These are the trends we need to instigate, content we need to develop, and themes we need to curate. We need offline content to feed and fuel online conversations.

Though deGaetano insisted that such multi-screen content would only apply to live sports and not necessarily traditional television dramas, for instance, we believe the more importunate discussion – should a similar round be reconvened among broadcast and web experts – must revolve around avenues to deliver synchronised multi-screen content. If broadcast is to profit from online video consumption and vice versa, the industry could do well working together towards a defragmented media landscape in the region.

Which then brings us back to where the loop started: Is TV really dead and has video become king? Well to that we say we are left wanting. If at all, we are left surmising why we, as highly influential communicators with the privilege and the leverage to actually work around bridging such a gap, are actually missing the entire point. In looking to disprove each other, we are first to widen the already obscure divide between TV and online anyway.

(By Frances Valerie Natividad-Bonifacio, strategic planning director, Serviceplan Middle East, on the invitation of Campaign Middle East. ‘We’ in her article refers to the Serviceplan team that attended Initiative Talks hosted by Initiative Media in Dubai, on 25 September.)