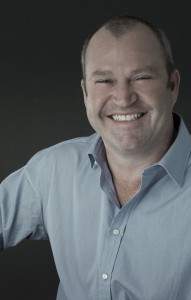 He was in a similar capacity at Tag until September 2014.

Phil Lynagh has joined gyro, the US-headquartered B2B specialist  that bills itself as a ‘global ideas shop’, as regional managing director (MENA). He moved from Tag in end-September after a stint of three and a half years in a similar capacity, and joined gyro on 2 October.

On the move and the new mandate, he told Campaign Middle East, “gyro is a different kind of creative agency. An agency with a belief in humanly relevant ideas that ignite business decisions and I’m delighted to be joining them. After being approached by the head of talent out of New York and meeting with Dubai’s ECD Gui Rangel, the challenge definitely intrigued me. It’s a rebuild of the local agency operation, which already has some extraordinary talent and some excellent client partners. I look forward to building the new gyro in the MENA region and delivering some great work to all our clients.”

Lynagh has spent over 23 years in advertising. He moved from London to the Gulf in 1994. Prior to Tag, he has worked with LightBlue (as managing partner), Momentum Worldwide (regional director and EVP, on the board of McCann WorldGroup Asia), and FP7/McCann Erickson (MD and regional VP).